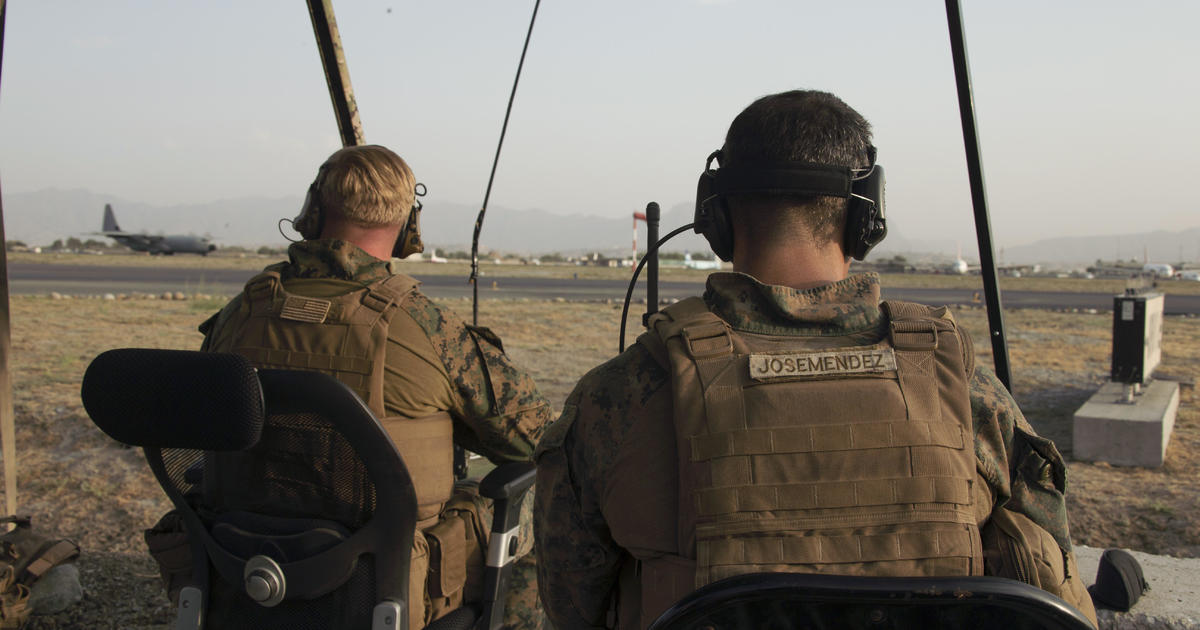 The U.S. Embassy in Kabul sent out an alert on Wednesday evening advising U.S. citizens in Afghanistan to avoid traveling to the capital city’s airport, citing an unspecified security threat amid frantic efforts to evacuate people following the Taliban’s takeover of the country.

“Because of security threats outside the gates of Kabul airport, we are advising U.S. citizens to avoid traveling to the airport and to avoid airport gates at this time unless you receive individual instructions from a U.S. government representative to do so,” the security alert read. “U.S. citizens who are at the Abbey Gate, East Gate, or North Gate now should leave immediately.”

The embassy warned Americans to be aware of their surroundings at all times, follow the instructions of local authorities, have contingency plans in case of emergencies, monitor local media and follow the State Department on social media.

It was not immediately clear what prompted the advisory, but Britain also urged its nationals to avoid the airport on Thursday, with a senior government official citing “very, very credible” intelligence that terrorists were planning an imminent attack on the thousands of people who have gathered just outside the airport walls.

“There is now very, very credible reporting of an imminent attack, and hence why the Foreign Office advice was changed last night, that people should not come to Kabul Airport, they should move to a safe place and await further instructions,” British armed forces minister James Heappey told BBC radio. “I can only say that the threat is severe. We will do our best to protect those who are there. There is every chance that as further reporting comes in, we may be able to change the advice and process people anew, but there is no guarantee of that.”

A U.S. State Department spokesperson told CBS News on Wednesday evening that, “as a general rule, we don’t speak to intelligence, but this is a dynamic and volatile security situation on the ground. We take seriously the priority we attach to the safety and security of American citizens.”

Earlier Wednesday, Secretary of State Antony Blinken said there may be up to 1,500 Americans who still want to leave Afghanistan as part of the massive evacuation effort by the Biden administration.

The administration has ramped up the pace of evacuations of U.S. citizens and at-risk Afghans from Kabul in recent days. Since August 14, the U.S. had helped to evacuate roughly 82,300 people on both U.S. military and coalition flights from Kabul, the White House said Wednesday. But there were still more than 10,000 people gathered outside Kabul’s airport, hoping to get onto one of the flights out of the country, Army Major General Hank Taylor said Wednesday.

President Biden on Tuesday said that contingency plans to meet his August 31 deadline for withdrawing all remaining U.S. forces from Afghanistan, which will bring an end to the two-decade war there, are being developed. However, that deadline does not signal an end to America’s “involvement” in the country, according to Ross Wilson, the acting U.S. ambassador to Afghanistan.

“We would like for all those who wish to get out of this country to do so and to be able to do so by August 31, especially American citizens,” Wilson told “CBS Evening News” anchor Norah O’Donnell in an exclusive interview Wednesday.