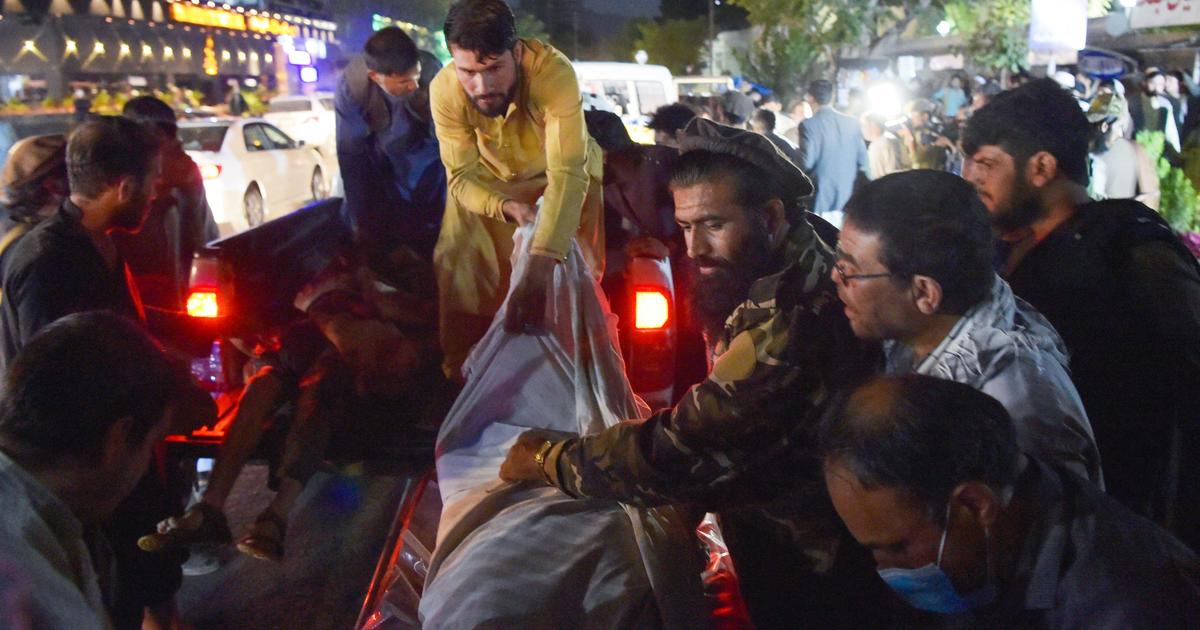 Washington — Twelve U.S. service members were among those killed in an attack involving at least two explosions outside the airport in the capital of Afghanistan on Thursday, the Pentagon said, signaling a deadly turn in U.S. efforts to evacuate Americans and Afghan allies ahead of President Biden’s August 31 deadline to withdraw.

One explosion tore through crowds waiting at one of four entrances to the Hamid Karzai International Airport in Kabul, where thousands of people had gathered everyday since the city fell to the Taliban, desperate to gain entry and board flights out of the country. Another explosion struck a nearby hotel, the Pentagon said.

Marine Corps General Kenneth McKenzie, commander of U.S. Central Command, confirmed the death toll, and said 15 other U.S. service members had been injured. McKenzie said those responsible have been “assessed to have been ISIS fighters.” Mr. Biden spoke earlier this week of an ongoing threat posed by the ISIS affiliate in Afghanistan, known as ISIS Khorasan, or ISIS-K.

McKenzie said U.S. forces are “prepared to take action” against the assailants. “24/7, we are looking for them,” he said. McKenzie added that he expects the attacks to continue.

A Taliban spokesman condemned the “gruesome incident” and said the group “will take every step to bring the culprits to justice.”

As the U.S. rushes to evacuate U.S. citizens and Afghans who helped American troops during the 20-year war in Afghanistan, as well as those at risk from the Taliban, Mr. Biden has warned that the risk to American and allied forces on the ground was growing with each day that passes.

On Wednesday evening, the U.S. and Britain warned citizens not to go to Kabul’s airport because of a terror threat outside the facility’s gates. The U.S. Embassy in the capital alerted U.S. citizens to avoid traveling to the airport and said those at three different gates “should leave immediately.”