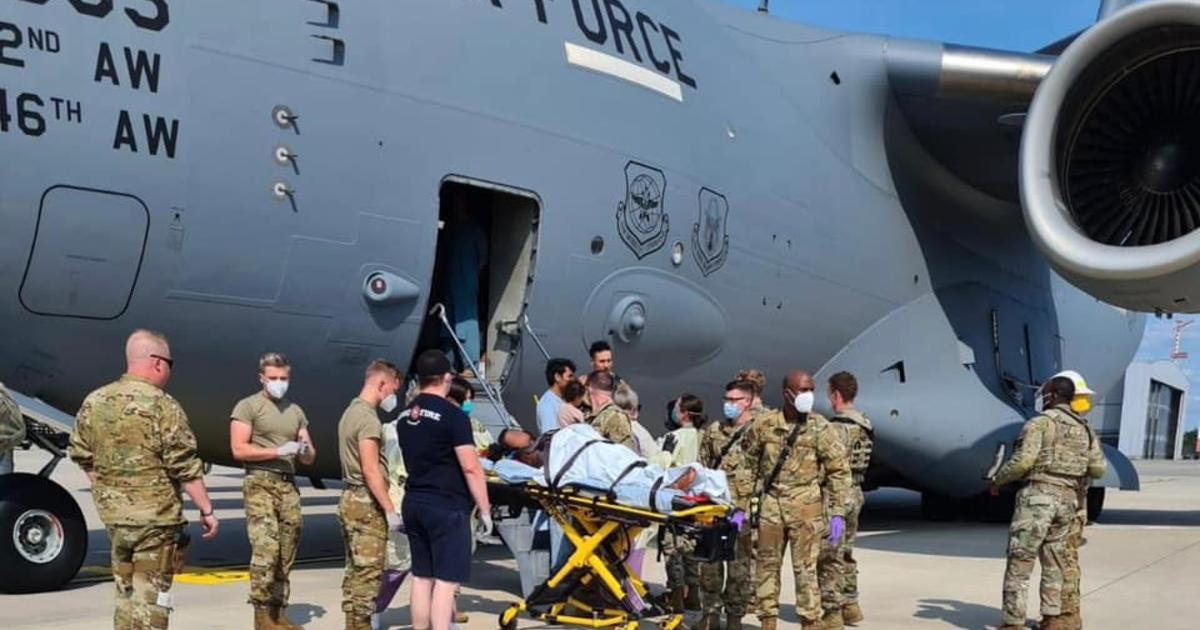 The parents of an Afghan baby who was born during an evacuation flight from on Saturday have named their daughter after the U.S. Military aircraft that carried them to safety in Europe. The baby was named Reach, after the C-17 aircraft’s call sign, Reach 828.

General Tod Wolters, commander of the U.S. military’s European Command, told reporters on Wednesday that officials had been in contact with Reach’s parents.

“They named the little girl Reach,” Wolters said, “and they did so because the call sign of the C-17 aircraft that flew them from Qatar to Ramstein [Air Force base in Germany].”

Soon after Reach’s mother went into labor on the flight, she started experiencing complications because of low blood pressure, officials said in a statement on Saturday. The commander of the aircraft then moved to a lower altitude to help increase the air pressure in the plane’s cabin — a decision that “helped stabilize and save the mother’s life.”

Reach was born on board the plane after it had landed in Ramstein, and she and her mother were transported to a nearby medical facility.

Wolters smiled to reporters on Wednesday as he spoke about the baby, saying he hoped she would one day join the U.S. Air Force.

“As you can well imagine, being an Air Force fighter pilot, it’s my dream to watch that young child called Reach grow up and be a U.S. citizen and fly a United States Air Force fighter,” the commander said.

At least two other babies have been born soon after their mothers fled Afghanistan, Wolters said. They were born at medical centers, however.

More than 82,000 people have been evacuated from Kabul since August 14, the White House said Wednesday, and officials are working to ramp up efforts to evacuate more. Roughly 19,000 people were flown out of Kabul’s airport over a 24-hour period beginning Tuesday morning alone.

The U.S. military has relocated nearly 88,000 people from Afghanistan since the end of July.