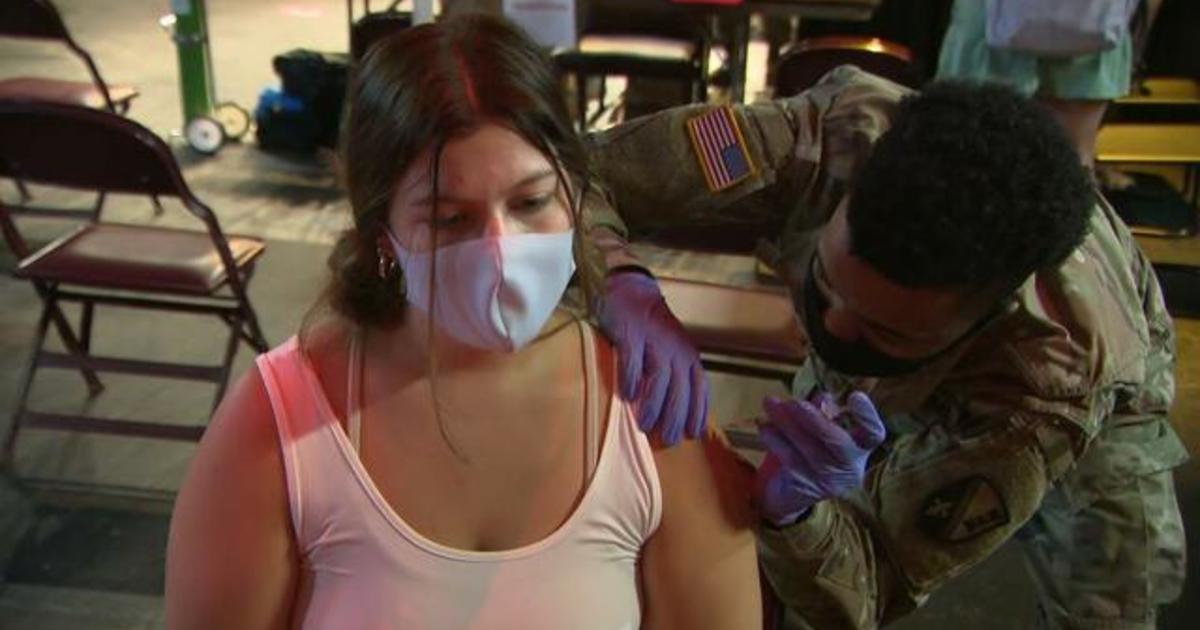 It was the Food and Drug Administration’s Monday announcement that it has granted full approval to Pfizer and BioNTech for their COVID-19 vaccine that convinced 19-year-old Cailin Magee to line up at a vaccine clinic at the University of Louisiana at Lafayette and get the shot.

“I was being ignorant. There’s really no running away from it anymore,” Magee told CBS News’ David Begnaud.

One of those on the fence was 19-year-old Callie Roszell. She had been indecisive about receiving a COVID vaccine for months, but that changed Monday morning when she heard the news about the approval.

“That’s what did it for me. And … it’s also going to be required on campus,” Roszell said.

After the FDA gave full approval to the Pfizer vaccine, for Americans 16 and up, many employers and universities started issuing ultimatums, telling workers and students to get the vaccine or they cannot return in person.

The Pentagon is moving ahead with a vaccination requirement for all active duty service members. New York City Public Schools mandated at least one shot for all staff by September 27, and United Airlines, which already announced a vaccine mandate, says its staff must be fully vaccinated by the same date. United Airlines CEO Scott Kirby told Begnaud that a vaccine mandate was a “no-brainer” for the company.

While some may challenge those mandates, CBS News legal analyst Rikki Kleiman said don’t expect a judge to overturn them.

“Historically, mandates work according to the law. That is, a government or business, or university can demand that people get vaccinated. There were many people who felt that it did not have full approval, and therefore it was risky to get it. That argument goes right out the door because with full approval, it is therefore looked at as a safe vaccine,” Kleiman said.

Klieman said to expect the same mandates for elementary schools and summer camps, and after-school activities once the vaccine gets full approval for use in children. As of right now, while there’s no timeline for approval in kids younger than 12, emergency use authorization is expected this fall or winter.