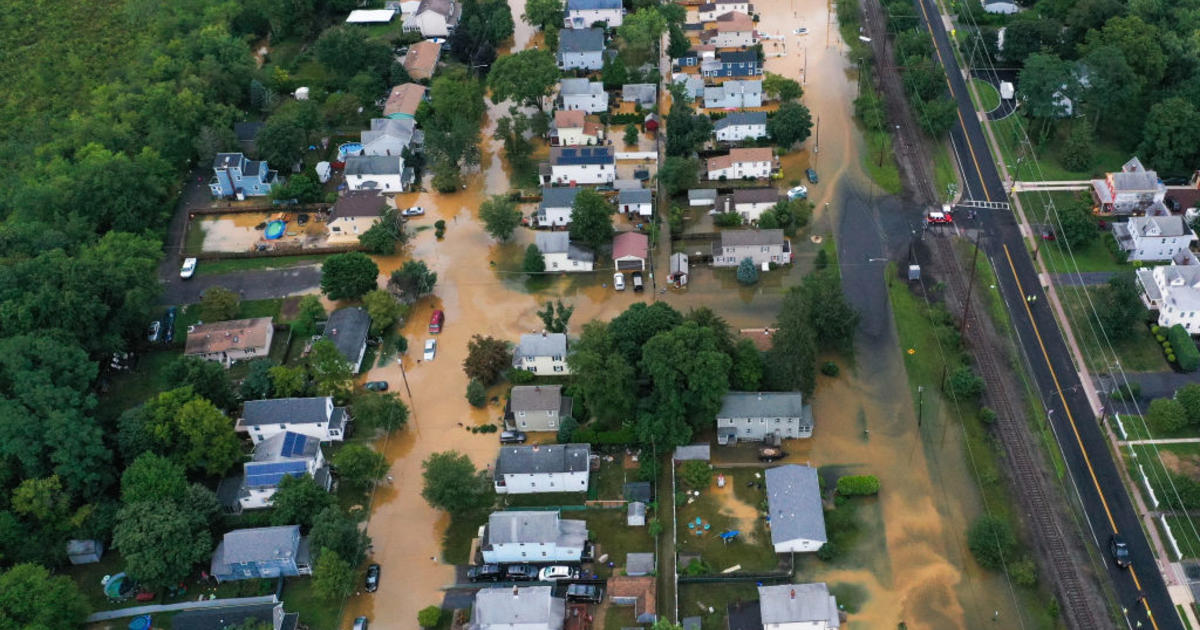 What was once Hurricane Henri was still dumping rain in New England on Monday night, after knocking out power to tens of thousands of homes and businesses.

Henri carried enough muscle to batter the Northeast with high winds, and storm surge flooded streets and ripped down trees and power lines. On Sunday, more than 100,000 were left in the dark.

“Part of the state got crushed,” said New Jersey Governor Phil Murphy. “It was a huge, massive rain event. This is double digit inches in some cases of rain. Unheard of.”

In Helmetta, New Jersey, the water swept into a home so quickly that one woman said the water rose up to her basement ceiling. Everything from her appliances to clothing to furniture is gone.

“It was like an ocean coming down the street,” Sue Savage said. “We got out within a half an hour. A boat came and got us.”

People in other parts of New Jersey had to be rescued, including more than 85 people in Newark.

Henri tore through New York City on Saturday night with a torrential rainfall, setting a record for the most rain in a single hour, with nearly 2 inches. The downpour forced a halt to the star-studded Homecoming Concert in Central Park.

Henri slammed into Rhode Island’s coast as it made landfall Sunday afternoon before limping off to sea. Late Monday afternoon, three tornadoes were recorded outside of Boston. In Helmetta, the water had receded, but dumpsters were filling up fast with debris. Out of the 73 homes in the neighborhood, more than half suffered extensive flooding damage.