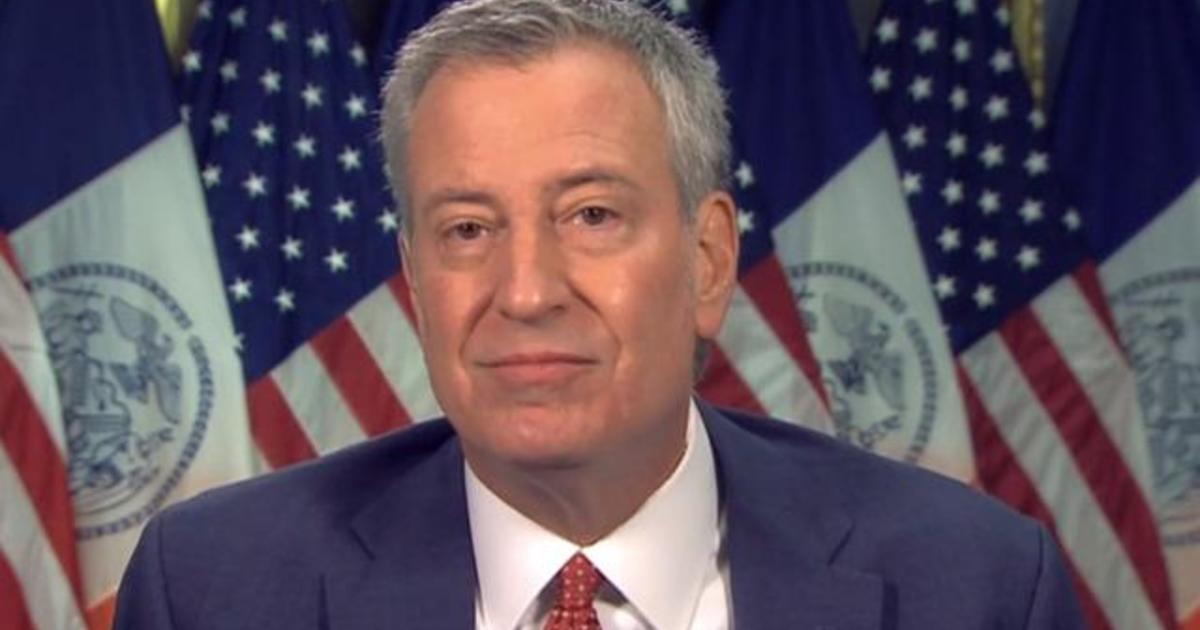 In July, de Blasio made it mandatory for all city workers to get the vaccine or receive regular COVID-19 testing. But now, for public school staff, testing won’t be an acceptable alternative to the vaccine, CBS New York reports.

All New York City public school staff members, including teachers, principals, food workers and custodians, will need to have at least one dose by September 27, de Blasio said.

“We’ve got to make sure more and more people get vaccinated. We’ve got to make sure our schools are safe and healthy, in particular for our kids,” de Blasio said during an appearance on State Island on Monday, CBS New York reports. “The next big thing happening in this town, September 13, opening day of school.”

The president of United Federation of Teachers, the union that represents New York City school teachers, agrees with the vaccine mandate. “Our first priority is keeping our kids safe and the schools open,” Michael Mulgrew said in a statement. “The city’s teachers have led the way on this issue, with the great majority already vaccinated.”

“While the city is asserting its legal authority to establish this mandate, there are many implementation details, including provisions for medical exceptions, that by law must be negotiated with the UFT and other unions, and if necessary, resolved by arbitration,” Mulgrew said.

The mayor’s previous vaccine mandate applied to all of the city’s roughly 400,000 employees, including those in the Department of Education, NYPD and the FDNY, according to CBS New York. It allowed for weekly testing, should an employee choose not to be vaccinated.

New York is not the first major school district to require vaccinations. Earlier this month, California’s Long Beach Unified School district said it would implement mandatory vaccinations for school teachers and staff, becoming the largest district in the state to do so, said Long Beach Mayor Robert Garcia.

Following that announcement, California Governor Gavin Newsom announced all school teachers and staff in the state would be required to show proof of vaccination or a take regular COVID-19 tests.

Chicago Mayor Lori Lightfoot also announced earlier this month that all Chicago Public School employees will need to be fully vaccinated by October 15, unless they qualify for a medical or religious exemption, CBS Chicago reports.

All Americans age 12 and over are eligible to receive a COVID-19 vaccine, which are proven safe and effective. Health experts say the best way to protect children from the virus is the continued use of masks and for adults around them to be fully vaccinated.