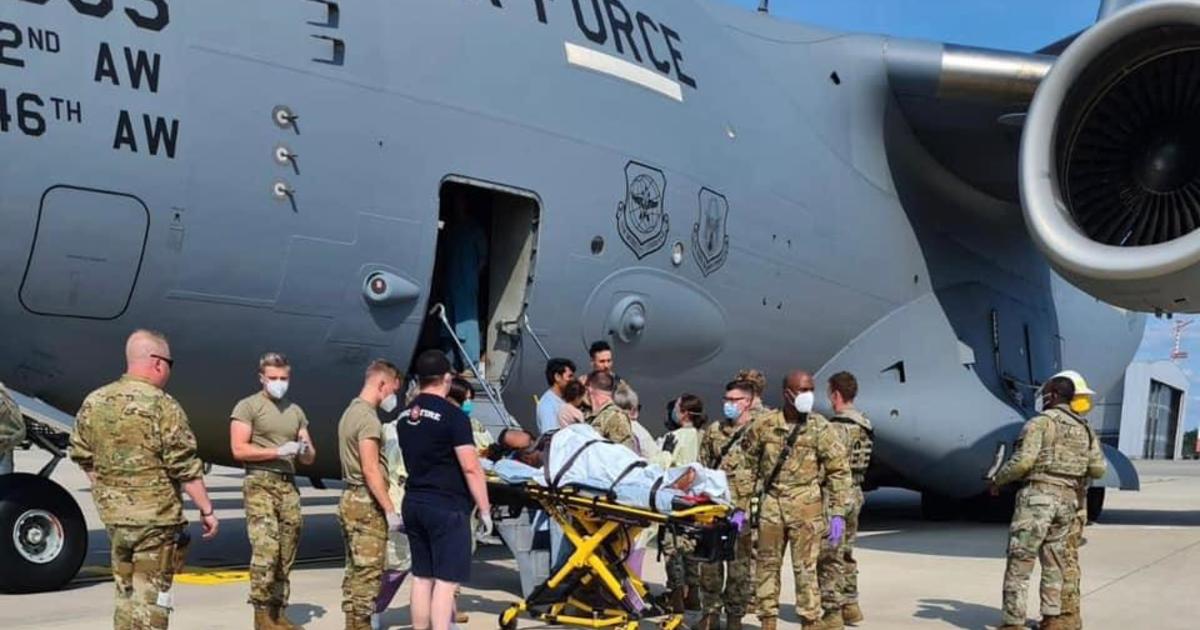 U.S. airmen helped an Afghan woman give birth to a baby girl after going into labor during an evacuation flight en route to Germany, U.S. Air Mobility Command said.

The command said in a statement Saturday that the mother went into labor and began experiencing complications due to low blood pressure on board a flight from “an intermediate staging base in the Middle East.” The C-17 aircraft commander decided to descend in altitude to increase air pressure, which the command said “helped stabilize and save the mother’s life.”

The plane landed at Ramstein Air Base in Germany, where airmen came aboard and helped deliver the baby in the cargo bay of the plane.

“The baby girl and mother were transported to a nearby medical facility and are in good condition,” a command spokesperson said.

It was not clear when the woman departed Afghanistan.

U.S. Army Captain Erin Brymer, a nurse who helped deliver the baby, told CNN that her team was “expecting the worst” but  “hoping for the best.” She said when the mother arrived, they didn’t have much time to transfer her to a facility and instead opted to deliver the baby on the plane. Brymer said the child was delivered within 10-15 minutes of the aircraft touching down.

She said she felt “honored” to be part of the delivery.

President Biden said Sunday his administration’s efforts to evacuate thousands of American citizens and Afghan allies from Kabul following the Taliban’s rapid takeover of the country was going to be “hard and painful.” The Biden administration is ramping up its frantic evacuation efforts, with the U.S. military sending 20 more planes into Kabul to help fly people out of the country.

Over the weekend, 11,000 people were shuttled out of Kabul, Mr. Biden said. Since mid-August, 28,000 have been evacuated from the country, and the president said his administration expects the pace to continue.