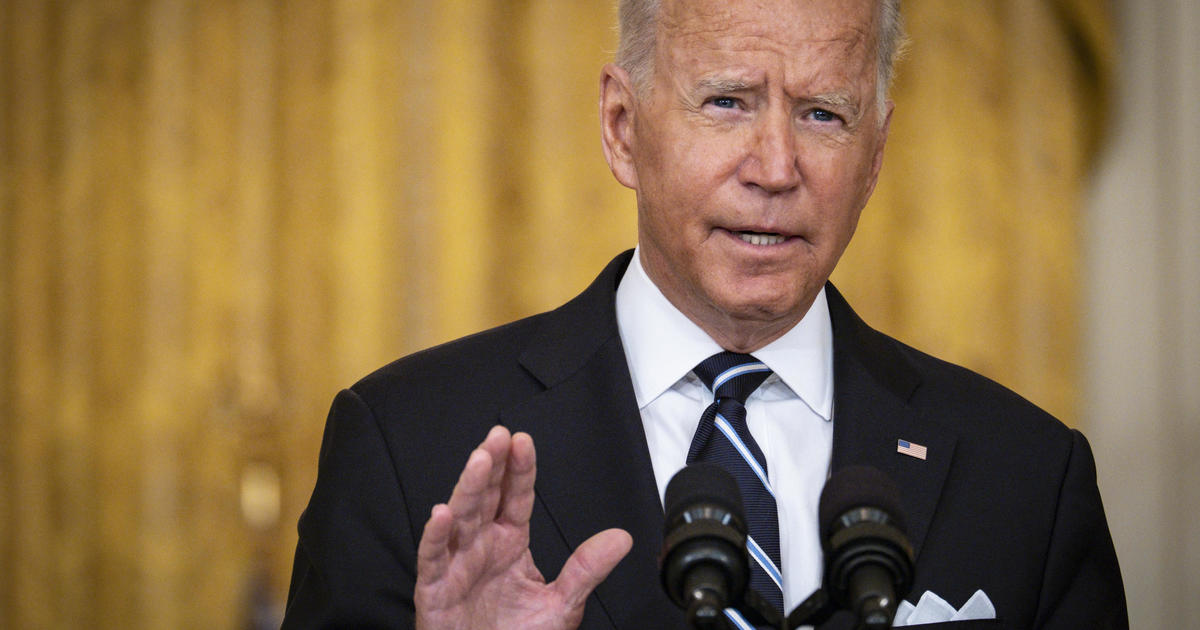 Washington — President Biden is poised to deliver remarks Sunday on his administration’s response to Tropical Storm Henri, which is battering the Northeast, and the ongoing evacuation of American citizens and Afghan allies from Kabul following the Taliban’s rapid takeover of the country.

Mr. Biden will speak from the White House about the two issues after canceling plans to spend the weekend in Delaware. In anticipation of Tropical Storm Henri, which made landfall along the coast of Rhode Island around 12:15 p.m., the president approved emergency declarations for New York, Connecticut and Rhode Island, unlocking access to federal resources for the states.

In addition to preparing for the storm, the Biden administration has been grappling with the ongoing crisis in Afghanistan, where thousands of Americans and Afghans who helped the U.S. during the war are attempting to flee after the Taliban seized control of the country one week ago.

Harrowing scenes outside the main airport in Kabul showed a crush of people desperate to gain access to military aircraft leaving the country, while the U.S. embassy in the capital city warned Americans on Saturday not to travel to the airport and avoid airport gates due to ongoing security threats.

Mr. Biden estimated in an interview with ABC News last week there are between 10,000 and 15,000 U.S. citizens who remain in Afghanistan, and he has vowed his administration will get any American home who wants to leave the country.

A U.S. defense official said that in a 24-hour period that began early Saturday, roughly 7,800 people were evacuated from Kabul on military and commercial aircraft, with a total of 25,100 people relocated since August 14.

Since the Afghan government collapsed last week, which sparked chaos outside Hamid Karzai International Airport, the Biden administration has scrambled to ramp up evacuations of U.S. citizens and Afghans, including those who have applied for Special Immigrant Visas and face threats from the Taliban.

To aid in those efforts, Defense Secretary Lloyd Austin authorized the use of 18 commercial aircraft from six U.S. airlines to carry evacuees from locations outside of Afghanistan. Secretary of State Antony Blinken told “Face the Nation” on Sunday the U.S. has agreements with more than 24 countries to serve as transit points for those evacuating from Afghanistan, where they will be sent for further processing before traveling to their final destinations.

Blinken said the U.S. has also been in “direct contact” with Americans attempting to leave Afghanistan and is instructing them on the best way to the airport in Kabul, and where and when to go there.

The U.S. is set to complete its withdrawal from Afghanistan by August 31, though Mr. Biden said last week American forces could stay in Kabul to get any remaining U.S. citizens out of the country. Still, he has emphasized his goal is for evacuations to be completed by the end of the month.