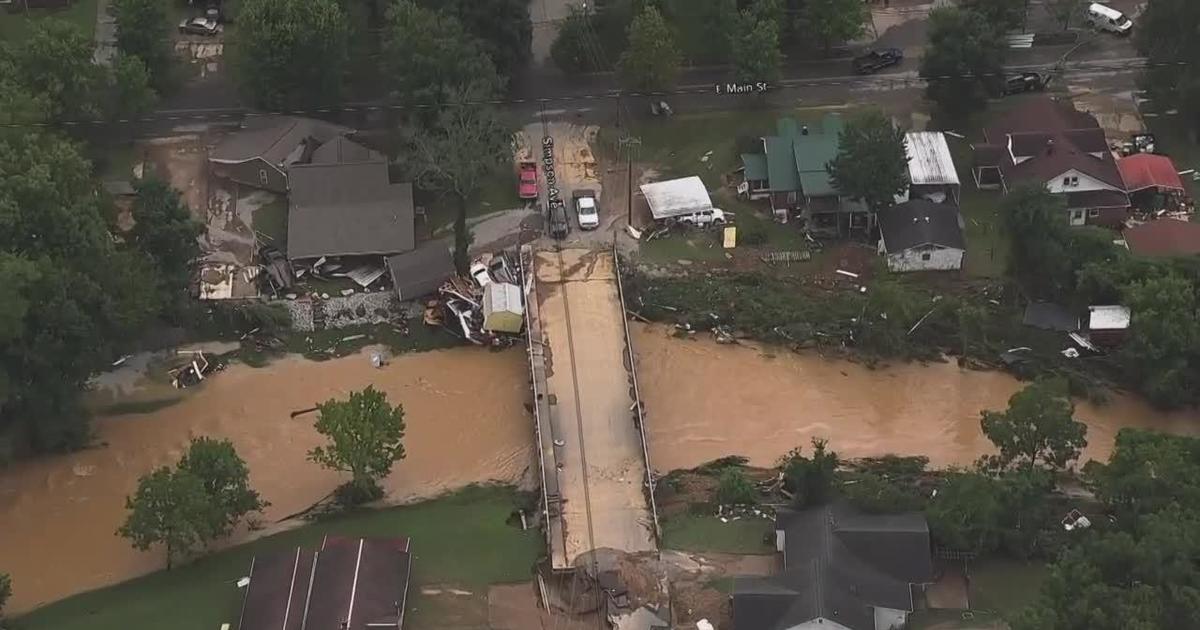 The Humphreys County town of McEwen, located about 50 miles west of Nashville, was pummeled with 17 inches of rain in less than a day, prompting water rescues, road closures, and communications disruptions. That rainfall total smashed the region’s 24-hour record of 9.45 inches from 2010, according to the National Weather Service Nashville.

McEwen and the nearby city of Waverly were facing a “dire, catastrophic situation,” National Weather Service meteorologist Krissy Hurley told The Tennessean. “People are trapped in their homes and have no way to get out.”

Waverly couple Cindy Dunn, 48, and her husband Jimmy, 49, were rescued from their attic by a crew who used a bulldozer to reach them.

“Hell. That’s what we had to go through,” Cindy Dunn said.

She told The Tennessean that her husband woke her up Saturday, telling her that floodwaters had pushed her car to their backyard. Eventually the water in their house rose to at least 6 feet (1.8 meters) high, forcing them to the attic. Dunn said the rooftop wasn’t an option.

“My husband is dealing with cancer. He’s going through chemotherapy. And I am an amputee. So there was no going anywhere besides the attic,” Dunn said.

Dunn said their home and neighboring houses “are gone.”

Hickman County Chief Deputy Rob Edwards said in a text message to the newspaper that several people are missing and cellphone service has been disrupted throughout the county.

The Tennessee Emergency Management Agency activated its emergency operations center and said agencies that include the Tennessee National Guard, the state Highway Patrol, and Fire Mutual Aid were responding to the flooding. In a bulletin, TEMA called the situation “dangerous and evolving” and urged people to avoid travel in the affected counties.

Flash flood warnings were in effect for parts of Dickson, Houston and Montgomery and Stewart counties on Saturday evening.