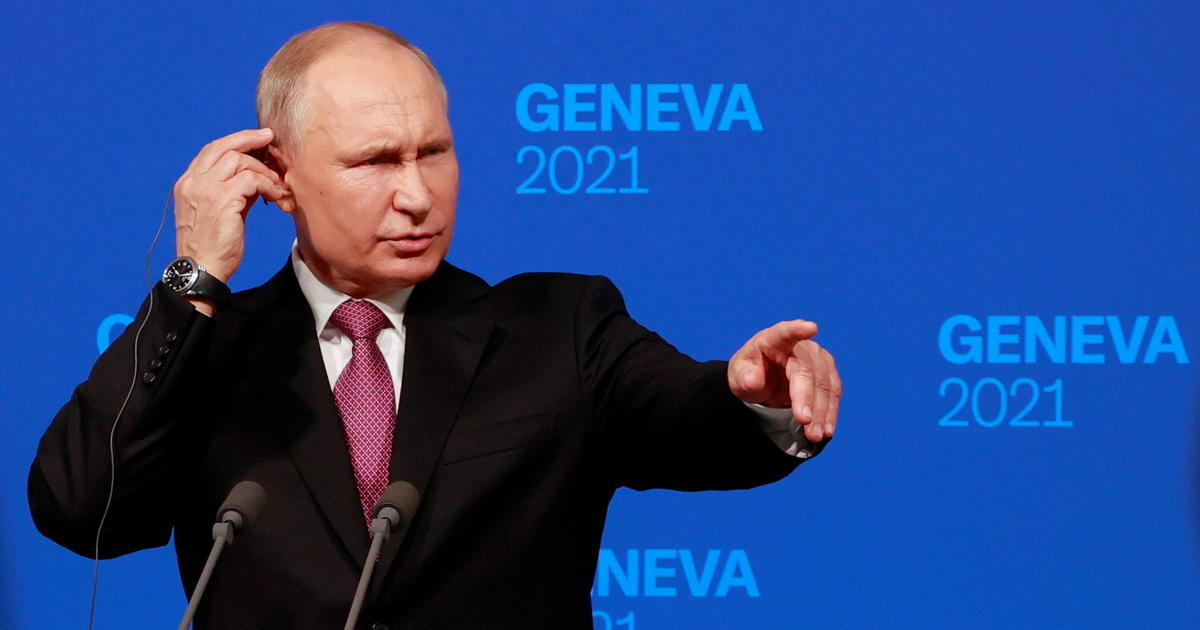 Moscow — In the Taliban’s rapid takeover of Afghanistan following the chaotic withdrawal of U.S. forces this week, Russia sees an opportunity to step up its role as a regional power in its own backyard. But it also faces a host of risks, prompting the country to pursue a dual approach: diplomacy with the Taliban and displays of strength along its border.

The Kremlin appears to be willing to engage with the Taliban in order to secure its interests. Since the group took over Kabul, Moscow representatives have cautiously reached out for talks to secure its diplomatic compounds in the area. Russian ambassador to Afghanistan Dmitry Zhirnov even publicly praised the Taliban on Russian state TV.

“We are now being guarded by the Taliban, their big unit. They made a good impression on us, adequate guys, well-armed, they stood along the outer perimeter of the embassy so that no one could penetrate us — no terrorist, no crazy person,” Zhirnov said.

Russian President Vladimir Putin’s special envoy to Afghanistan, Zamir Kabulov, hinted Russia might recognize the Taliban as a governing force depending on their next moves, which could be a major win for the militants. Russian diplomats have also praised the Taliban over the “puppet government” of Ashraf Ghani, the president who fled Afghanistan and resurfaced in the UAE. Russia only partially evacuated its embassy.

“I judge based on the first day of their control over Kabul. My impressions are good. The situation in Kabul now is better than it was under Ashraf Ghani. That is, under the Taliban terrorists it is better than under Ghani,” Zhirnov said.

Russia put the Taliban on its terrorist list back in 2003 but welcomed Taliban representatives for talks since 2018, bypassing Ghani’s administration. In July, the Taliban even hosted a press conference in Moscow right after U.S. President Joe Biden’s address about the “orderly drawdown” of American troops.

Russian President Vladimir Putin has made the fight against terrorism the cornerstone of his presidency, justifying the country’s involvement in Syria and backing authoritarian leader Bashar al-Assad as a way to uphold stability.

But in Afghanistan, realpolitik goals are at play as Russia is growing concerned that the movement’s ideas of Islamic fundamentalism could spill over to Muslim-majority former Soviet states allied with Moscow.

While exploring diplomatic ways to interact with the Taliban, Moscow also made sure to project force by holding joint military exercises in Tajikistan and China near the Afghan border, with the latter aimed at “demonstrating the determination and ability… to fight terrorism.”

“The goal is not to allow the expansion of Taliban outside of Afghanistan and to make the rule of Taliban as small as possible compared to its previous version,” Alexander Baunov, a senior fellow at the Carnegie Moscow Center, told CBS News. “Russia is not interested in having a new ISIS on its border.”

The Russian military also announced this week that Russian troops will take part in a monthlong exercise with Tajikistan. Under a collective security treaty with regional states, Moscow has an obligation to deploy forces in case one of those states is under attack.

Another potential headache for Moscow is the wave of refugees fleeing Afghanistan. Russia rarely offers asylum but might be faced with a surge of Afghans who are currently trying to get to neighboring Tajikistan and Uzbekistan.

“The U.S. shoved off the burden of wasteful spending as soon as it became clear that its strategic goal of controlled chaos was being realized without their presence. All obligations and all risks were left to us (guess where the stream of refugees will now rush, as well as at whose expense the borders and armies of the Central Asian states will be strengthened? ..), and they got into a beautiful machine and flew away,” columnist Daria Mitina wrote in the Moscow-friendly Vedomosti newspaper.

Moscow has its own painful history of a failed military mission in Afghanistan. The Soviet Union had invaded Afghanistan in 1979 to prop up a communist government that was fighting against guerrilla fighters and expecting to withdraw within a year.

They were met with brutal resistance and the war went on for nine years instead, killing as many as 2 million Afghans and nearly 15,000 Soviet troops. Fighters from the anti-Soviet Mujahideen later helped set up the Taliban in the 1990s.

History repeated itself as U.S.-allied forces fled over the Friendship Bridge, the same one Soviet troops used more than 30 years ago to march out, which evoked some gloating in the Kremlin.

In Moscow, the botched withdrawal of U.S. forces is seen as a major setback for American foreign policy, scoring points for Putin’s idea of a “multi-polar world,” which rejects U.S. efforts to promote democracy around the world.

“In Afghanistan, the myth of the omnipotence of U.S. military power has been destroyed. Abandoned bases and the inability to ensure security and operation of a mere airport are powerful symbols [of that],” Konstantin Kosachev, Russian senator in charge of the International Affairs Committee, wrote on Facebook. “From now on, it’s not bombs that are being dropped from American planes, it’s living people. And they leave ‘their own people’ without the slightest embarrassment. Some of our neighbors are concerned for a reason.”