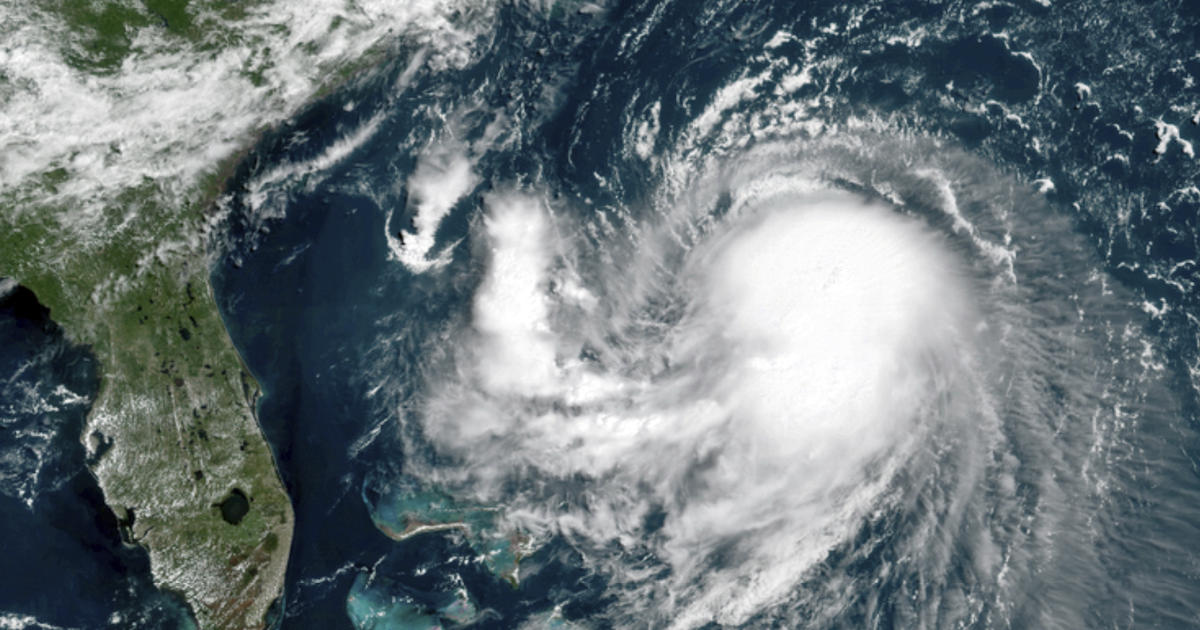 Plymouth, Massachusetts —  Parts of the Northeast could begin to feel the effects of Hurricane Henri as soon as late Saturday, as the storm barrels toward the region.

Forecasters said Henri was expected to remain at or near hurricane strength when it makes landfall midafternoon Sunday, which the hurricane center said could be on New York’s Long Island or in southern New England — most likely Connecticut. The upgrade in status came with the National Hurricane Center’s 11 a.m. advisory.

Storm surge and the tide could cause high water in coastal New England as Henri moves inland, the Miami-based National Hurricane Center said in an advisory. Heavy rain and wind may also produce flooding.

Henri was veering a bit further west than originally expected, and if that track holds, it would have eastern Long Island in its bullseye rather than New England, which hasn’t taken a direct hit from a hurricane since Hurricane Bob in 1991, a Category 2 storm that killed at least 17 people.

New York hasn’t had a direct hit from a major hurricane season storm since Superstorm Sandy wreaked havoc in 2012.

Regardless of its exact landfall, broad impacts were expected across a large swath of the Northeast, extending inland to Hartford, Connecticut, and Albany, New York, and eastward to Cape Cod, which is teeming with tens of thousands of summer tourists.

Massachusetts Governor Charlie Baker urged people vacationing on the Cape to leave well before Henri hits, and those who planned to start vacations there to delay their plans. “We don’t want people to be stuck in traffic on the Cape Cod bridges when the storm is in full force on Sunday,” he said.

With a top wind speed of 75 mph Saturday morning, Henri sped up slightly to move north-northeast at 14 mph. It’s still about 465 miles south of Montauk on New York’s Long Island.

Gov. Ned Lamont warned Connecticut residents they should prepare to “shelter in place” from Sunday afternoon through at least Monday morning as the state braces for the first possible direct hit from a hurricane in decades.

“This storm is extremely worrisome,” said Michael Finkelstein, police chief and emergency management director in East Lyme, Connecticut. “We haven’t been down this road in quite a while and there’s no doubt that we and the rest of New England would have some real difficulties with a direct hit from a hurricane.”

The hurricane center storm surge between 3 and 5 feet was possible with Henri from Flushing, New York, to Chatham, Massachusetts; and for parts of the North Shore and South Shore of Long Island.

Rainfall between 3 to 6 inches was expected Sunday through Monday over the Northeast.

The weather service warned of the potential for damaging winds and widespread coastal flooding from Henri, and officials in Massachusetts, Connecticut and New York cautioned that people could lose power for a week or even longer. Authorities urged people to secure their boats, fuel up their vehicles and stock up on canned goods.

New York state park officials were building a wall of sand along the boardwalk at Jones Beach to protect it against surging tides, said George Gorman, the regional director for state parks on Long Island. The wall was being built with equipment procured in the wake of Hurricane Sandy, which caused substantial damage to beaches that took months to reopen, he said.

Campgrounds were expected to be closed starting Saturday afternoon and remain off-limits until Tuesday.

At Safe Harbor Marina in coastal Plymouth, Massachusetts, Steve Berlo was among the many boaters having their vessels pulled out of the water ahead of the storm. “It’s rare, but when it happens, you want to be sure you’re ready,” said Berlo, 54. “Got to protect our second home.”

In the Hamptons, the celebrity playground on Long Island’s east end, officials warned of dangerous rip currents and flooding that’s likely to turn streets, like mansion-lined Dune Road on the Atlantic coast, into lagoons.

Ryan Murphy, the emergency management administrator for the Town of Southampton, said that while the storm’s track continues to evolve, “we have to plan as if it’s going to be like a Category 1 hurricane that would be hitting us.”