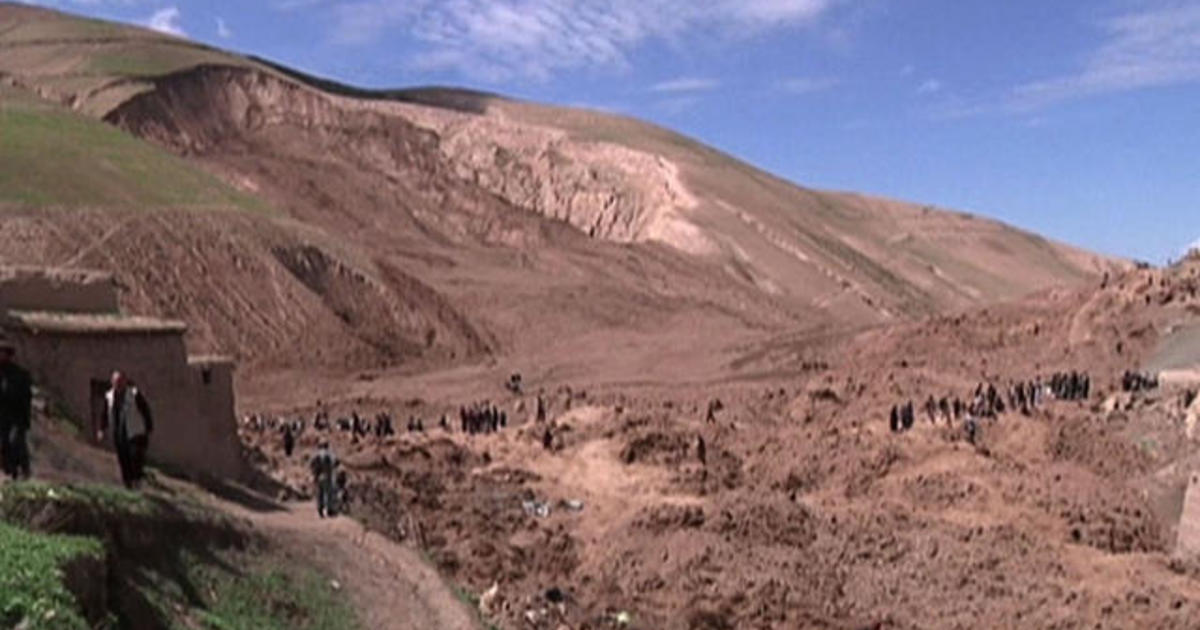 Rural Afghanistan has been rocked by climate change. The past three decades have brought floods and drought that have destroyed crops and left people hungry. And the Taliban — likely without knowing climate change was the cause — has taken advantage of that pain.

While agriculture is a source of income for more than 60% of Afghans, more than 80% of conflicts in the country are linked to natural resources, according to a joint study by the World Food Programme, the United Nations Environment Program and Afghanistan’s National Environmental Protection Agency. In 2019, Afghanistan ranked sixth in the world for countries most impacted by climate change, according to the Germanwatch Global Climate Risk Index.

Over the last 20 years, agriculture has ranged from 20 to 40% of Afghanistan’s GDP, according to the World Bank. The country is famous for its pomegranates, pine nuts, raisins and more. However, climate change has made farming increasingly difficult.

Whether from drought or flood-ravaged soil, farmers in the region struggle to maintain productive crops and livestock. When they cannot profitably farm, they’re forced to borrow funds to survive. When Afghans can’t pay off lenders, the Taliban often steps in to sow government resentment.

“If you’ve lost your crop and land or the Afghan government hasn’t paid enough attention [to you] then of course, the Taliban can come and exploit it,” said Kamal Alam, a nonresident senior fellow at the Atlantic Council’s South Asia Center.

The Taliban has capitalized on the agricultural stress and distrust in government to recruit supporters. Alam said the group has the means to pay fighters more, $5-$10 per day, than what they can make farming.

“[Farmers] fall into choices. That’s when they become prey to people who would tell them, ‘Look, the government is screwing you over and this land should be productive. They’re not helping you. Come and join us; let’s topple this government,'” said Nadim Farajalla, director of the climate change and environment program at the American University of Beirut.

In the mountainous north, snow and glaciers have melted more quickly and earlier than ever before, at times flooding fields and irrigation systems, but also leading to snowmelt-related drought in the winter. In the south and west, some areas have seen heavy precipitation events increase by 10 to 25% over the past 30 years.

Those regions are often left reeling, without adequate aid from the former government.

“With poverty and war and everything else, climate change is the last thing on anyone’s mind,” said Alam.

Today, one-third of Afghans are in “crisis” or “emergency” levels of food insecurity due to drought, a danger potentially more threatening than the historic 2018 drought that left thousands dead.

Farajalla said even Afghans who move into the urban areas in order to leave the stress of farming behind still cannot escape the pressures of “people of ill repute.”

“They become destitute enough to be given a few dollars to join this party or that group.”

The ripples of these climate-spurned Afghans can last for years. Farajalla said farmers who abandon their land often leave their families behind, arguably making those children easier recruiting targets for extremism.

Climate change has fueled terrorism and civil unrest elsewhere in the world. Boko Haram gripped water-scarce central Africa in 2017 as they gained footholds along the Lake Chad Basin. ISIS has taken advantage of agrarian communities suffering from extreme drought in Iraq and Syria. Farajalla said arid or semi-arid areas in impoverished countries with low levels of education and poor infrastructure are all ripe for extremism.

The Taliban has not only used farmers and rural communities to fortify their ranks, but also to help fund their efforts by taxing farmers on their territory. Most crucially, they have controlled the uber-lucrative poppy trade in Afghanistan.

The country is the world’s leading supplier of opium poppies. Not only has the Taliban made billions from their illicit drug trade, but poppies require less water than other crops, providing more stable means to struggling farming communities. Poppy cultivation is most abundant in the south of the country, where drought in part fueled by climate change has been the most severe and the Taliban is most popular.

These partnerships have helped the Taliban’s popularity. But since taking control of the country, the group has vowed to make the nation poppy-free — a tenuous political decision that would not be popular with the rural communities that rely on the crop, said Vanda Felbab-Brown, director of the Initiative on Nonstate Armed Actors and a senior fellow at the Brookings Institution.

“If they went to go for the ban quickly, they would cause themselves a huge economic downturn. They would set off massive miseration of the population. And they would have real problems with maintaining stability,” she said.

“Their own fighters often harvest poppy. For many of the fighters, poppy was the principal source to help them fund their family and themselves. They could do jihad for months but would have to disengage to harvest so the family had food.”