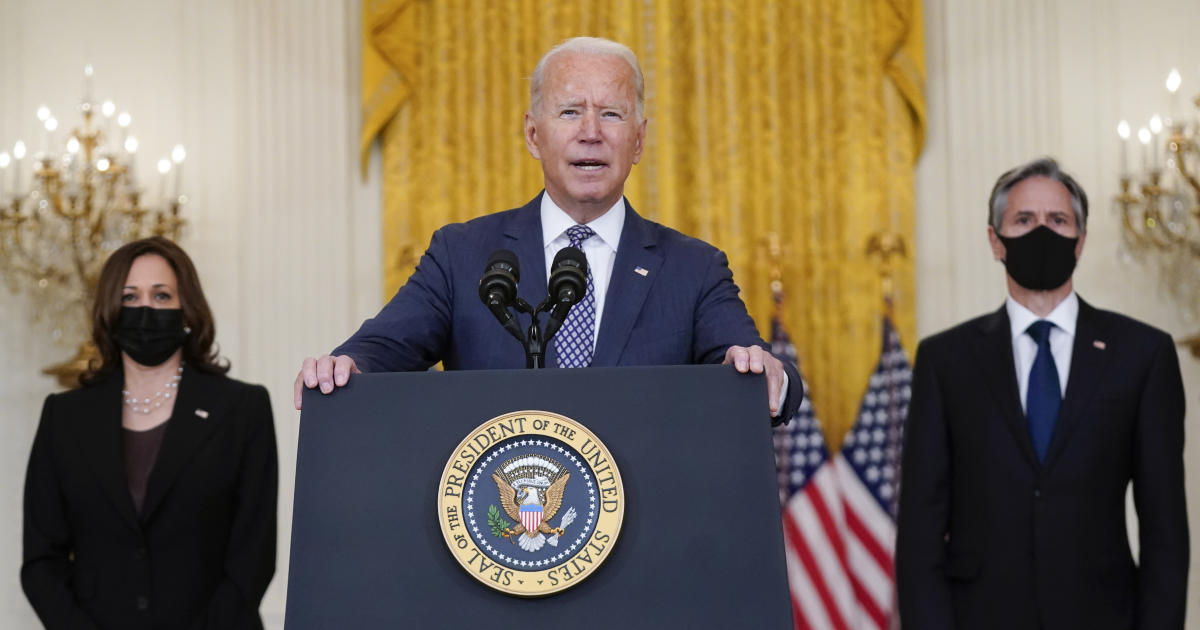 President Biden took questions from reporters Friday for the first time since Afghanistan fell to the Taliban, pledging that the U.S. will get any American home who wants to come home. The president’s address comes as tens of thousands of American citizens, legal residents and their families and vulnerable Afghans struggle to flee the country.

The president started out his speech by touting what the U.S. has done so far — evacuated 18,000 people in recent weeks, and 5,700 people on Thursday alone. Mr. Biden said the U.S will do “everything, everything” it can to evacuate as many Afghans who have aided the U.S. as possible.

“But let me be clear. Any American who wants to come home, we will get you home,” he said.

The president did not explicitly commit to extending the mission in Afghanistan beyond August 31, saying he thinks the U.S. can complete the mission by then, “but we’re going to make that judgment as we go.”

“There’ll be plenty of time to criticize and second guess when this operation is over,” Mr. Biden said, adding now is not the time for that.

Still, the president did not directly answer whether the U.S. will send troops to help Americans trying to get to the airport in Kabul, saying his administration is not aware of American citizens struggling to get through checkpoints. He said the U.S. has an “agreement” with the Taliban to let Americans through.

On Friday, the U.S. military was forced to pause its evacuation flights out of Kabul because the current processing facility in Qatar reached its capacity. The U.S. hopes to soon open a new flight option in Bahrain. According to a senior administration official, the commander on the ground has issued orders to recommence flights after what was described as a “brief operational pause.”

On Thursday, the U.S. military evacuated 3,000 people from the airport in Kabul on 16 flights, including 350 U.S. citizens, according to the White House. That’s still below the 5,000 to 9,000 per day the Pentagon has said it will be able to fly out of Kabul.

The State Department and Pentagon have been not disclosed how many Americans remained in Afghanistan as the Taliban assumed control of the country, but earlier this week, White House press secretary Jen Psaki estimated there were around 11,000 self-identified Americans.

In Doha, Qatar, where evacuees are being processed, sources described the situation at the facility as hot, increasingly tense, and a “developing humanitarian crisis.”

During an interview last week with ABC’s George Stephanopoulos, the president defended his decision to withdraw from Afghanistan, and suggested that the chaos evident over the past week was inevitable.

He also said during the interview that U.S. troops might remain in Afghanistan longer than August 31 if necessary to get Americans out of the country, but emphasized that the goal is to do so by the end of August 31.

The Pentagon said this week it’s working with the Taliban to ensure safe passage of Americans to the airport, admitting the military can’t go out and extract large numbers of people unable to get to the airport themselves or who are afraid to do so.

“I don’t have the capability to go out and extend operations currently into Kabul,” Defense Secretary Lloyd Austin told reporters Wednesday.

The president had been scheduled to leave for his home in Wilmington, Delaware, Friday afternoon following his speech, but the White House announced midday his schedule had changed, and instead he would remain in Washington, D.C., Friday night.