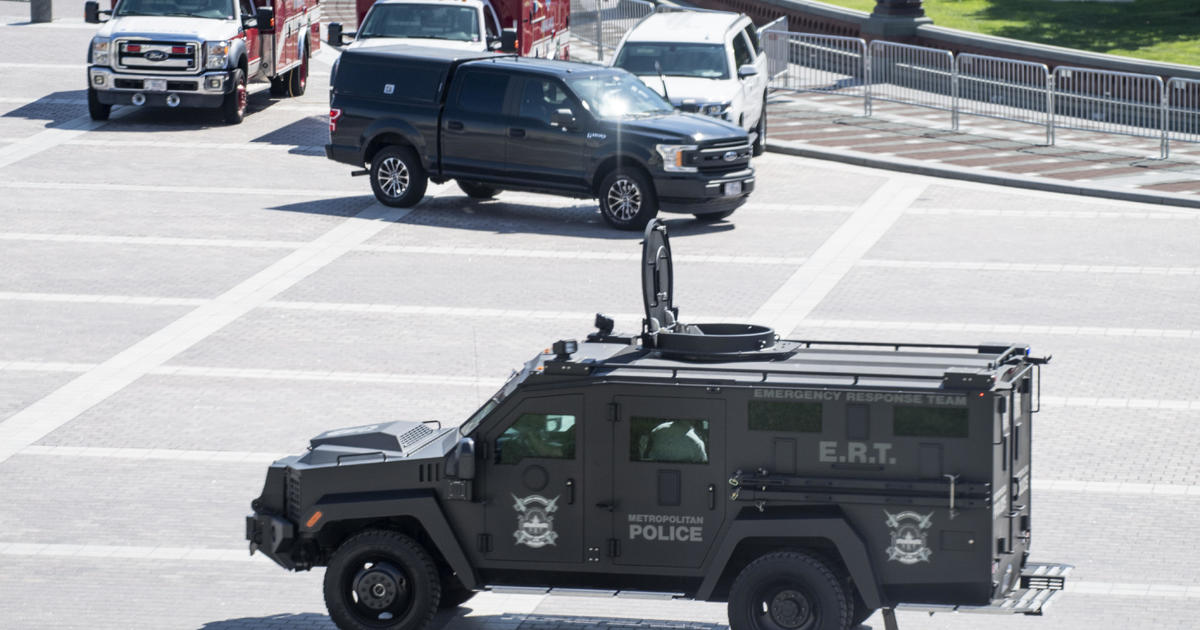 Washington — The U.S. Capitol Police said Thursday it is investigating an “active bomb threat” near the U.S. Capitol after a man in a black pickup truck claimed he has a bomb.

U.S. Capitol Police chief Tom Manger told reporters the man drove his vehicle onto the sidewalk outside the Library of Congress, located across from the Capitol building and Supreme Court, and was holding what appeared to be a detonator. Law enforcement is engaged in ongoing negotiations with the suspect, Manger said, and negotiators are trying for a “peaceful resolution.”

Police do not yet know the suspect’s motives, Manger said, but they have a possible identity.

The Capitol Police said in a tweet earlier Thursday the investigation is ongoing and urged people to stay away from the area.

Several buildings in the Capitol complex were evacuated in response to the bomb threat, including the Supreme Court, though it had already been closed to the public due to the COVID-19 pandemic. The District of Columbia Metropolitan Police Department said it is asking residents in the area to evacuate.

The House Sergeant at Arms said in a message that “due to the nature of the incident, this will likely be a prolonged law enforcement response.”

The Bureau of Alcohol, Tobacco, Firearms and Explosives is aware of the threat and responding. The FBI said its Washington Field Office’s National Capital Response Squad is also responding to reports of a suspicious vehicle.

The House has been out of session since the end of July for its August recess.

The situation on Capitol Hill comes more than seven months after a mob of former President Donald Trump’s supporters attacked the U.S. Capitol on January 6. One officer died after confronting the rioters and another died by suicide following the attack. Dozens of Capitol Police officers have left the department in the months after the insurrection.

Pipe bombs were also placed at the headquarters of the Republican National Committee and Democratic National Committee on Capitol Hill on January 5. While the FBI determined they were “viable” explosive devices, they did not detonate, and explosives technicians rendered them safe. The person suspected of placing those devices has not yet been identified.

Jeff Pegues and Jack Turman contributed to this report