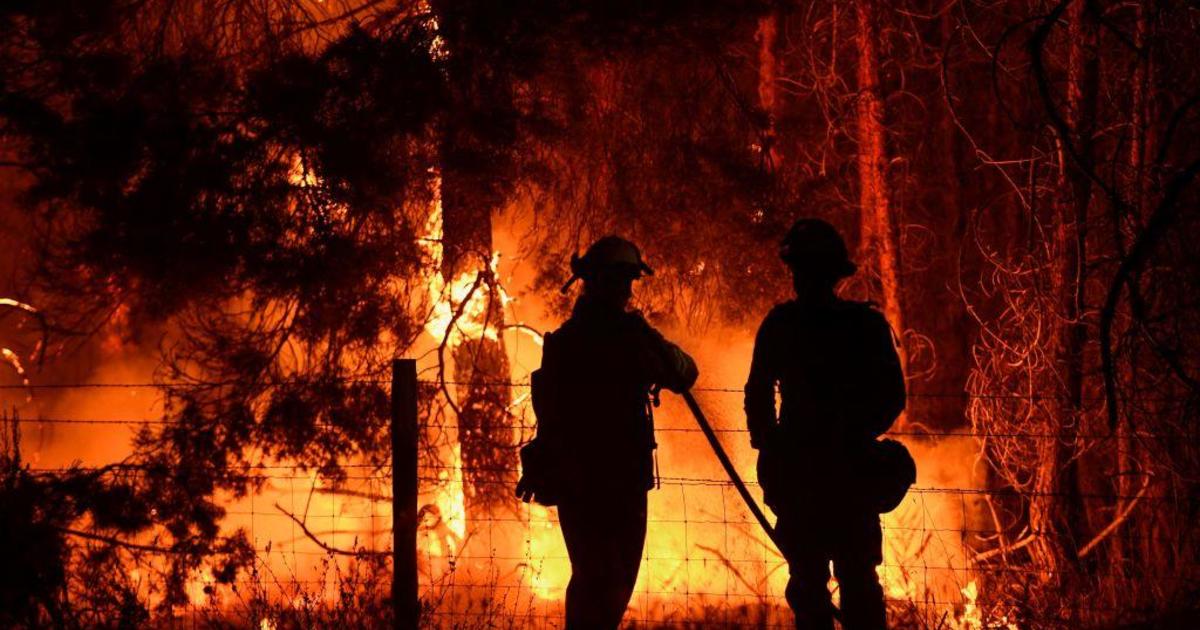 San Jose, California —  The director of San Jose State University’s Fire Weather Research Laboratory on Wednesday told CBS San Francisco wildfires across the state are changing in historic ways — and not for the better.

The fires burning across California are burning hotter and spreading farther faster this fire season.

“The main reason that these fires are getting so large so quickly is the fact that the fuels are so dry. We have unprecedented dryness in our forests because of the drought. And that leads to more heat release. And with more heat release, they spread faster,” said SJSU Professor Craig Clements.

Research has shown that climate change is a big factor behind these dangerous conditions.

The Caldor Fire near Lake Tahoe exploded in size in a brief 24 hour period. Tuesday morning, the fire had burned roughly 6,500 acres. By Tuesday evening, it was over 30,000 acres.

Wednesday morning, it had made another exponential leap in size to more than 53,000 acres — an area the size of Seattle.

The fire pushed into the town of Grizzly Flats, destroying most of the homes and buildings in the area. Firefighters were overmatched and unable to keep the flames at bay.

“We’re building these big fire lines. We’re cutting, clearing, back burning. But yet, the fires are jumping these fire lines. I think this is going to be a challenging fall,” Clements said.

The fuels are so dry because of the drought that he noted it resembles the conditions normally experienced in October.

Clements predicted California is likely in for a long and potentially devastating fire season.

The CBSN documentary “Bring Your Own Brigade” captures the horror and heroism of the deadliest week of wildfires in California history and explores the causes and solutions of a global crisis that is quite literally burning our world to the ground. Watch “Bring Your Own Brigade” in theaters starting August 6, and stream it on the CBS News app or Paramount+ on August 20.