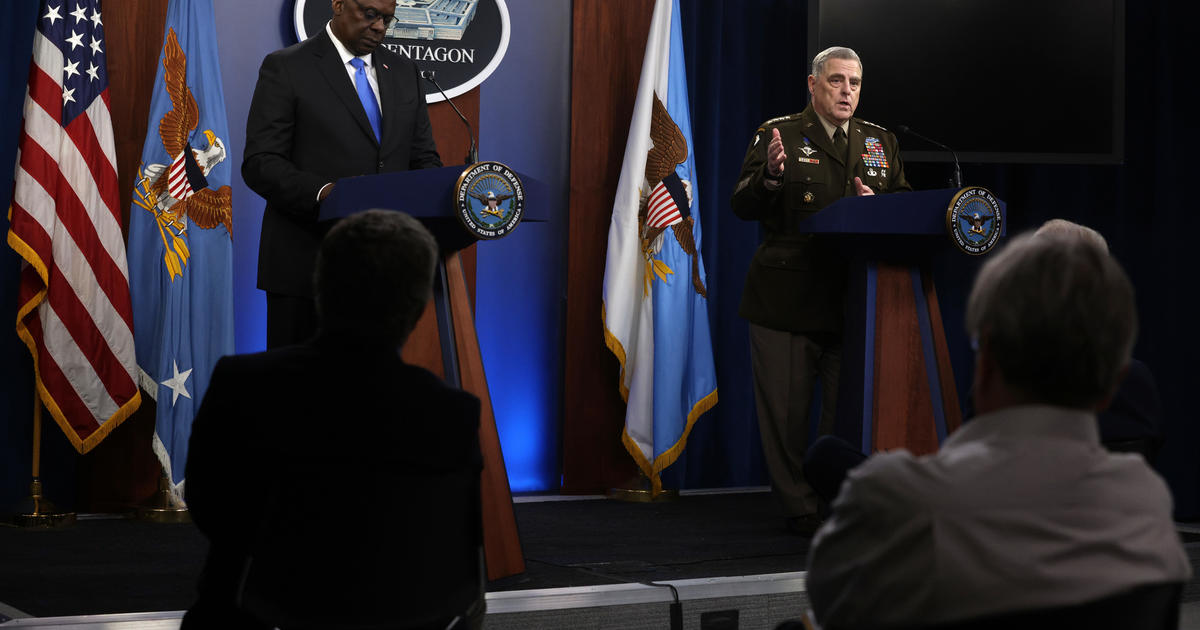 “Our key tasks are to maintain security at the Kabul International Airport, protect the airport from attack, evacuate all American citizens from Afghanistan, who desire to leave this country evacuated any third country national or allies and partners as designated by the Secretary of State evacuated personnel with State Department designated special immigrant visas,” Milley said.

He also addressed media reports about intelligence community assessments about the fragility of the Afghan forces, saying that he had previously stated that multiple scenarios were possible, including a Taliban takeover following a rapid collapse of the Afghan security forces and the government. But “nothing we saw” indicated this could happen in the space of 11 days, Milley told reporters.

How to watch the Pentagon news conference

Milley stressed that there will be time for post mortems, but now the mission is to evacuate all American citizens from Afghanistan.