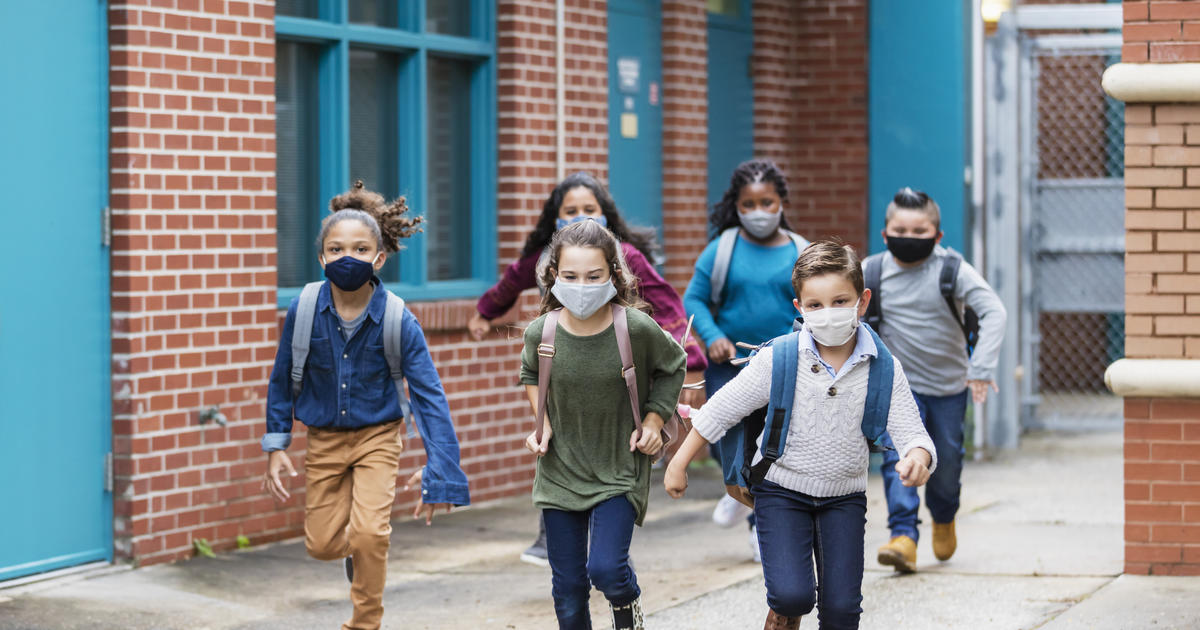 A parent in Austin, Texas has been accused of physically assaulting a teacher during a back-to-school event – over mask wearing. It’s not the only incident of its kind. Several incidents at schools and local school board meetings have gained national attention as debates over mask requirements turn heated, some of them resulting in physical violence.

Superintendent Tom Leonard of Austin’s Eanes Independent School District confirmed in a letter to parents and staff this week that a parent “physically assaulted a teacher by ripping a mask off her face,” at a “Meet the Teacher” event.

Leonard said other parents yelled “at a teacher to take off her mask because they could not understand what the teacher was saying while her face was covered.”

The school district is following an order that mandates masks in all schools in Travis County, and will do so unless the Texas Supreme Court eventually rules this order is superseded by an executive order from Governor Greg Abbott, Leonard said.

The superintendent said while the order requires masks be warn by students, the way it is written is “problematic” in that the district has “no legal methods to enforce the wearing of masks.”

“We will not make our staff the ‘mask police’ with no authority to enforce the rule,” Leonard said.

He also urged parents to treat staff with respect. “Our staff are on the front lines of this pandemic; let’s give them some space and grace. Please, I am asking everyone to be kind…do not fight mask wars in our schools,” he wrote.

Abbott, who announced Tuesday he tested positive for COVID-19, is resisting new restrictions to prevent the spread of the virus.

Earlier this month, Abbott banned local governments from putting COVID-19 restrictions back in place and has challenged local school districts that have tried to mandate masks.

Because children younger than 12 cannot get vaccinated and masks are proven to slow the spread of COVID-19, many municipalities and school districts are going against Abbott’s desire to prevent mask mandates.

On Sunday, a district judge in Bexar County ruled in favor of San Antonio’s mask mandate. But on the same day, Texas Supreme Court temporarily ruled mask mandates in Dallas and San Antonio could not be enforced, CBS Austin reports.

Hospitals around the U.S. report the vast majority of their cases are unvaccinated people. Doctors are also reporting an increase in child COVID-19 cases and say kids are experiencing more serious illness with the Delta variant rapidly spreading.

Many experts also say the best way to protect children younger than 12 is to wear masks and for adults around them to be vaccinated.

Still, the debate over requiring preventative measures like vaccines and masks rages on. In California, a father is accused of attacking teacher over school masks on the first day of school.

The fight at Sutter Creek Elementary broke out when the father was picking up his child from school and reportedly confronted staff about kids needing to wear masks, CBS Sacramento reports.

The father verbally assaulted the principal. A male teacher reportedly stepped in and a physical altercation ensued. The teacher was injured and treated at the hospital, according to CBS Sacramento. Police are investigating the incident and the father has reportedly been banned from the school’s campus.

Masks are required in California schools, and Governor Gavin Newsom also announced last week that all school staff will be required to be vaccinated or receive weekly testing.

In May, a school board meeting in Utah erupted into chaos as dozens of people angrily protested the state’s school mask policy. About two months later, 11 members of that angry mob were charged with disorderly conduct and disrupting a public meeting.

In other states, the debate between officials is more contentious, as state and local governments clash over mask requirements. Like Abbott, Florida Governor Ron DeSantis has put a ban on mask mandates.

Two school districts in Alachua and Broward counties have said they will require masks and were told they could face possible loss of funding, removal of local officials and further action from the state legislature if they defy the order. The Miami-Dade County School Board is also expected to approve a mask mandate for students on Wednesday.

Arizona Governor Doug Ducey has threatened schools that have mask mandates or have to close because of COVID-19 outbreaks won’t be eligible funding from his new $163 million school grant program.