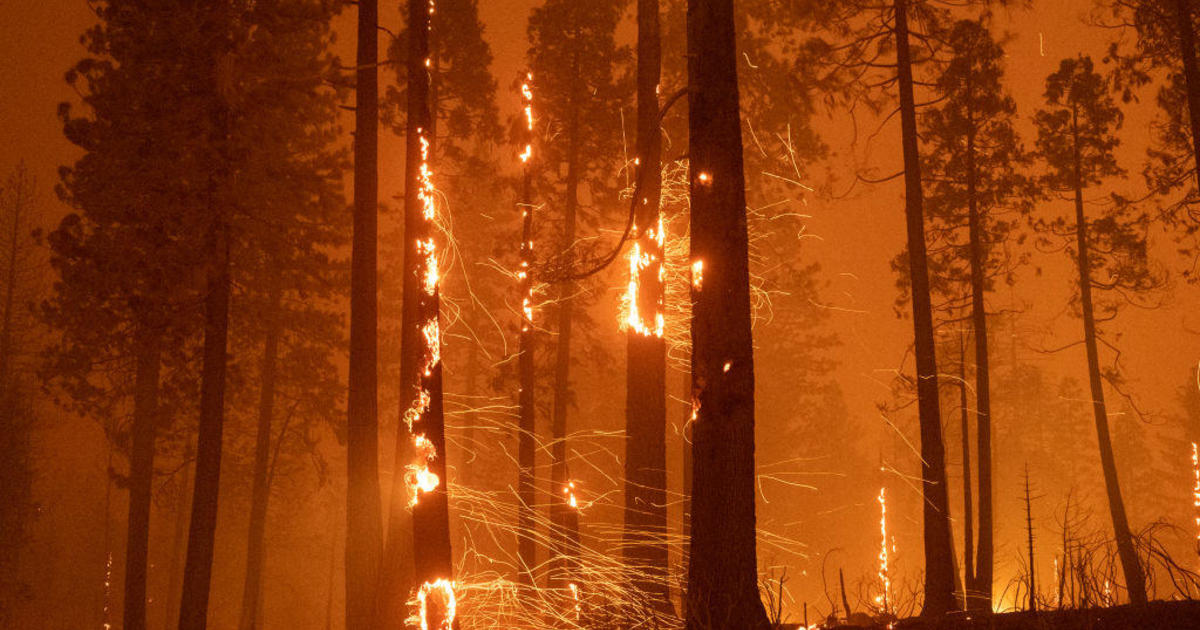 The Caldor Fire burning in Northern California exploded overnight and is now burning more than 53,700 acres, fire officials said Wednesday. The National Oceanic and Atmospheric Administration shared a satellite video of the wildfire that showed the blaze’s “explosive growth” east of Sacramento.

The blaze, which is zero percent contained, tripled in size over the past 24 hours and threatens more than 5,800 homes, officials said. Two people were injured by the blaze and airlifted to hospitals for treatment, they said. Thousands of residents have been evacuated from their homes.

Fire officials said the combination of dry fuels, warm temperatures and strong winds caused “unprecedented” fire conditions, causing the fire to grow more than 47,200 acres in 24 hours. The cause of the blaze is under investigation.

On Tuesday, California Governor Gavin Newsom declared a state of emergency for El Dorado County as the fire’s growth continues to threaten power lines, communications, and state infrastructure. Newsom blamed intense climate change for the rash of wildfires that California and other western states are battling this season.

The Dixie Fire, the largest fire in the country and second-largest in state history, has scorched more than 635,700 Acres and is only 33% contained, according to CalFire.

Several communities along the wildfire’s path have been forced to evacuate, including Grizzly Flat, Perry Creek and Hawk Haven. Officials warned residents to keep an eye on fire movement and be ready to evacuate at a moment’s notice.

“Gas in the car. A to-go bag. You have to make sure you have an escape route – all those little things that you take for granted,” Brian Estes of CalFire told CBS Sacramento on Tuesday.

The Red Cross has opened an evacuation shelter at Green Valley Community Church in Placerville, California. All hotels in the surrounding area are booked, according to CBS Sacramento. Another shelter at Cameron Park Community Services District is taking displaced residents.

Tom Hawley, a resident in El Dorado County, said he evacuated his home as soon as he was warned, while other residents stayed put. “I saw people sitting in their houses watching TV like it was just another evening,” Hawley told CBS Sacramento. “It’s like I wasn’t going to hang around – I got the message. I’m outta here.”

Joe Wilde, another El Dorado resident, has camped in his car for five days, along with his wife, sons, cat, five dogs and a bearded dragon. The family is still waiting for answers about their home. “You take what you can,” Wilde said. “The rest, the boys are here. Everything that is living is with us. There’s insurance.”