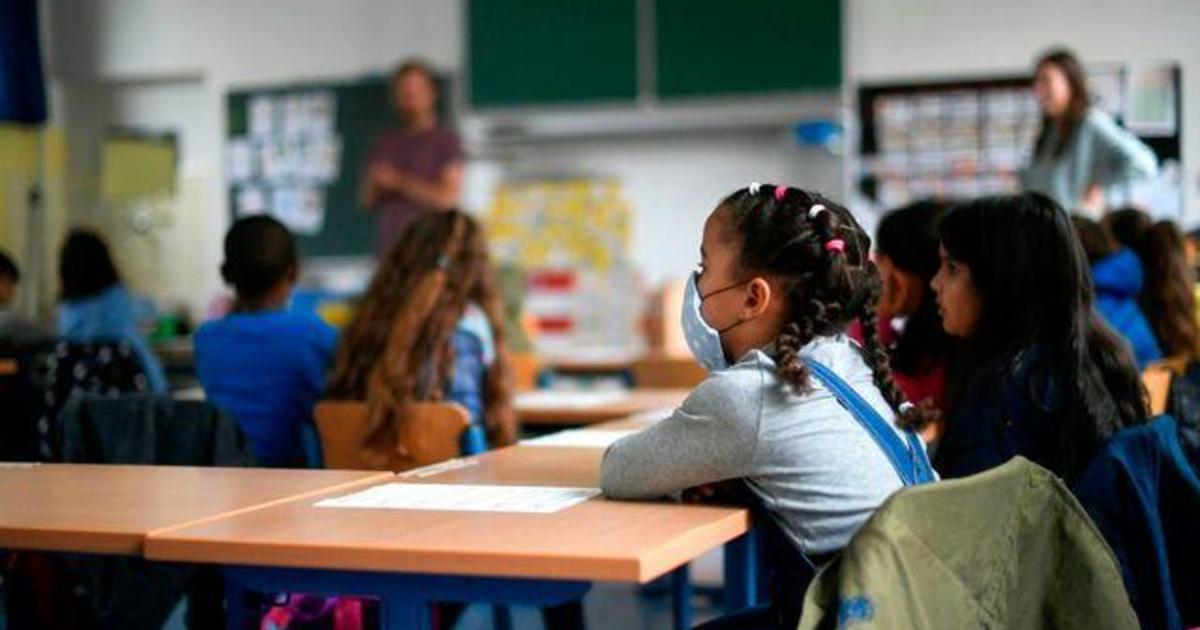 School districts defying some states’ mask mandate bans are coming under increasing pressure even as the debate over the bans intensifies nationwide. Demonstrations for and against the prohibitions are becoming more and more frequent in and outside school board meetings where they’re being considered as a way to try to fight the COVID-19 pandemic.

The Florida Board of Education is threatening two school districts that are ignoring Republican Governor Ron DeSantis‘ ban on mask mandates. And Arizona Governor Doug Ducey upped the stakes Tuesday for the growing number of school districts defying his state’s ban.

Florida education board members voted unanimously Tuesday for Education Commissioner Richard Corcoran to enforce an executive order by DeSantis and a state rule by the Florida Department of Health that requires school districts to let parents to opt out of mask mandates. Based on the motions, school districts in Alachua and Broward counties could face possible loss of funding, removal of local officials and further action from the state Legislature.

Superintendents from both counties said during the teleconference meeting that their districts were complying with state law and attempting to provide safe learning environments for students. In both districts, students can be exempted from wearing a mask with a doctor’s written recommendation. The state rules say students should be able to go maskless with the permission of a parent or legal guardian.

President Joe Biden called school district superintendents in Florida and Arizona last week to praise them for doing “the right thing” in defiance of executive orders from their governors. The Biden administration also promised federal money if DeSantis carries out a threat to withhold some state funds from districts imposing mask mandates.

Florida’s largest school district will likely require students to wear face masks when classrooms open next week, following the recommendation of a task force of medical experts. The Miami-Dade County School Board is expected to approve the measure Wednesday.

Superintendent Alberto Carvalho said his “mind is pretty made up on the way to move forward.”

Carvalho said he came to his conclusion despite criticism from some parents, noting that a 13-year-old student and four district employees have died of COVID-19 in recent weeks. Two teachers and an assistant teacher died from the virus last week in neighboring Broward County.

Students in neighboring Broward County will also be wearing masks when they return Wednesday, and people in both districts have been keeping an eye on the Tampa area, where classes started last week. The Hillsborough County School Board, which hasn’t required masks in classrooms, scheduled an emergency meeting for Wednesday to discuss additional protections.

Arizona’s Ducey, a Republican, created a $163 million school grant program using federal virus relief funds he controls, but schools that have mask mandates or have to close because of COVID-19 outbreaks won’t be eligible for the additional $1,800 per student.

“Safety recommendations are welcomed and encouraged – mandates that place more stress on students and families aren’t,” Ducey said in a statement. “These grants acknowledge efforts by schools and educators that are following state laws and keeping their classroom doors open for Arizona’s students.”

School districts with current mask mandates will have 10 days to rescind them or lose out on the money, Ducey spokesman C.J. Karamargin said. That’s despite the fact that a law banning schools from enacting those rules does not go into effect for more than a month.