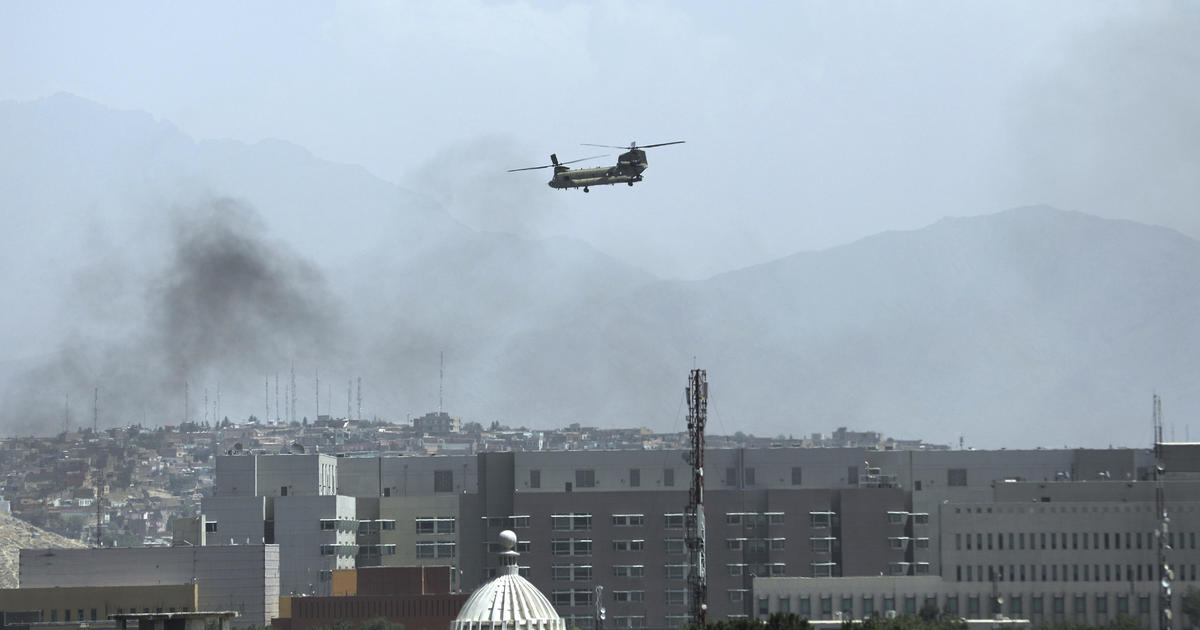 Veterans are watching the rapid collapse of Afghanistan in horror — worried about their friends who served with them and the Afghan people who helped the U.S.

“A knife stabbing into your chest. It’s like your heart being torn out,” said Marine Sergeant Nick Stefanovic. He spent two years in Afghanistan and was devastated to see the government fall so quickly.

“I think it’s going to be a rough few months for veterans of that war,” he said. “I think this has got the potential to not only retraumatize but to bring veterans into a dark, hopeless place.”

Army Captain Dustin Elias, who was last in Afghanistan in 2012, said his largest fear is for “the Afghanis that helped us. The interpreters that risked their lives for us.

Elias is in touch with one of his Afghan interpreters who is on the outskirts of Kabul and desperately trying to get out. Elias said the man fears for his life and the lives of his family.

Elias said not getting people like this interpreter out of the country and to safety would be “a dramatic failure on our part.”

“These people that have risked their lives to help us, to not do the same and help them, morally, is wrong,” he said. “Strategically it’s wrong, right? how can anyone trust us?”

Marine Corporal Kayda Keleher worked closely with women and children during her time in Afghanistan — getting kids access to school and women to work. Rights that are in jeopardy under Taliban rule.

Keleher said that watching women come out and protest in the streets of Afghanistan, “was actually a really hopeful moment.”

“I felt like, as selfish as it sounds, I’m like, oh, we did plant the seed,” she said. “I don’t think, 20 years ago, you would’ve seen them come out and be like, no, I’m stronger than this. You’re gonna listen to me.”

But with the swift fall of the previous government, some are now questioning whether their time in Afghanistan was worth it.

“It was worth it,” Elias said. “I had a thought this morning of an analogy: If a doctor treats somebody with cancer and the cancer goes into remission for 20 years and then it comes back and it kills the person, was it worth it to treat the cancer? I think the person would argue that it was.”

“We gave Afghanistan two decades of freedom,” he said. “It made the world a better place.”

The Department of Veterans Affairs on Monday sent an email to nine million people, reminding veterans they’re not alone and offering resources like the Veterans Crisis Hotline. That hotline has seen a substantial increase in calls since Kabul fell on Sunday, with 9% more calls that day than the hotline received on the same day one year earlier.

Veterans Crisis Line: If you are having thoughts of suicide, call 1-800-273-8255, then PRESS 1 or visit www.veteranscrisisline.net