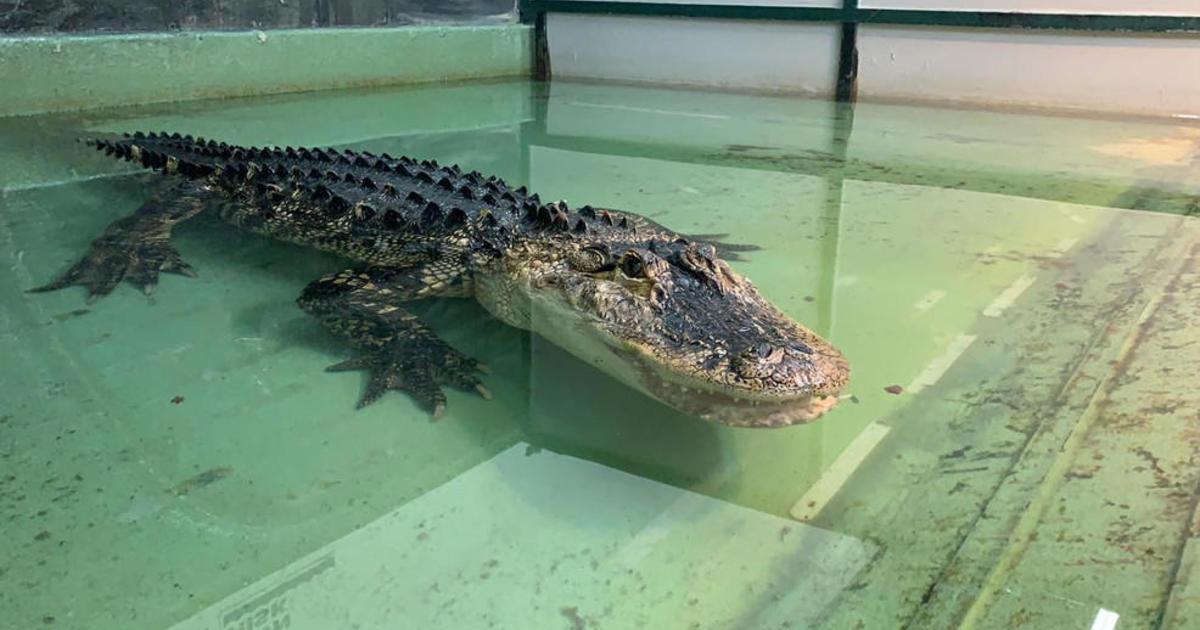 A Utah reptile center employee is recovering after an alligator yanked her into its enclosure during a presentation, thrashing her around before a fast-acting visitor leapt inside and helped free her from its jaws. The dramatic scene, which was captured on video, unfolded during a 5-year-old’s birthday party, CBS affiliate KUTV reports.

Video taken by a guest shows an unidentified handler at Scales & Tails Utah, in suburban Salt Lake City, talking to some adults and children about the alligator Saturday when it bit her hand and dragged her into the water.

Shane Richins, the company’s owner, said in an interview Monday that the handler was opening the enclosure to feed the the 8-foot gator named “Darth Gator” as usual, but this time the reptile “got a little extra spunky.”

Richins told KUTV that while the handler’s hand was in the gator’s mouth, she knew she should move with him in the water. It was the only way to ensure the gator wouldn’t rip-off her arm

He said the center normally has a strict policy for a second handler to be nearby when employees are working with the alligators. But that hasn’t been enforced in recent years if the worker isn’t planning to enter the enclosure, he said.

“We still enforce it strictly whenever somebody gets in with the gator but, of course, going forward, we will be back to strictly enforcing it with any interactions with the gator for that very reason,” Richins said.

After pulling the handler into its pen, the alligator began whipping around and kept its jaws clamped on her as she struggled to break free.

One of the guests, later identified as Donnie Wiseman, yelled “We’ve got trouble in here!” before jumping into the water and climbing on top of the reptile.

Another bystander ushered the children away as they cried, the video showed.

Wiseman got the alligator pinned, and the handler calmly gave him and another man, Todd Christopher, instructions to help her escape from the pool. Wiseman stayed on top of the reptile until after the woman was free.

“She was so professional and trained and knew what to do in a situation like that, I’m glad she was there,” Wiseman told KUTV.

Wiseman said he didn’t know how they’d get out of the terrible situation.

“I was hoping the police would come in and shoot him,” he told the station.

Christopher’s wife, who has a background in nursing, then began performing first aid before emergency crews arrived.

Richins said the handler underwent surgery and is taking antibiotics. The West Valley City business said Sunday she is “doing well and is in recovery.” According to its website, Scales & Tails Utah is a family-run operation that provides educational presentations on reptiles, birds, spiders and scorpions.

It hailed the visitors who rushed to the handler’s aid.

“These gentlemen could have stayed in the safety zone as most of us would, but instead jumped into the situation, of their own volition, and helped secure the alligator,” the company said in a statement. “Their help, combined with the training of our staff member, probably saved her life and her limbs.”

KUTV reports the handler, who did not want to be identified, released a statement through Scales and Tails Utah: “I got lucky to land in a hospital that employs what has to be the best orthopedic surgeon in Utah. He was able to improvise and come up with a solution that should result in full use of my hand. I can’t explain the level of admiration I have for that man.”