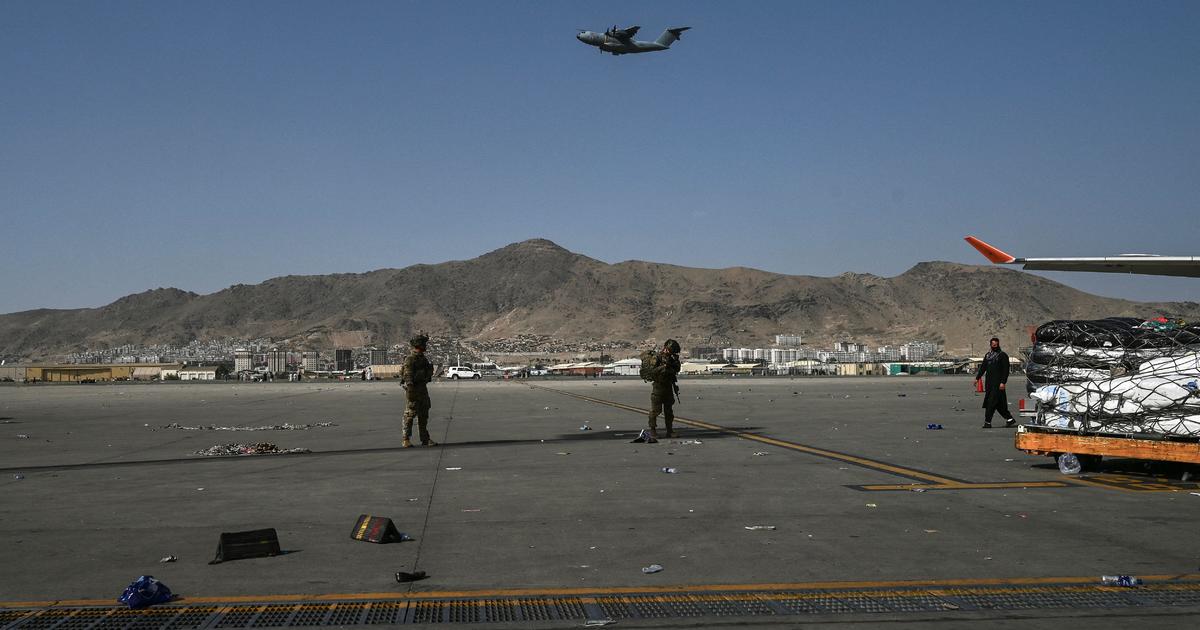 Washington — The collapse of the Afghan government and rapid takeover of the country by the Taliban ahead of the U.S. withdrawal of the last troops there has led to finger-pointing across the federal government, with members of both parties blaming their political opponents for the chaos that unfolded over the weekend.

In his first remarks since dramatic scenes in Kabul showed desperate Afghans attempting to flee the country at its main airport, President Biden on Monday defended his decision to withdraw American troops from Afghanistan and said he inherited the situation from former President Donald Trump, whose administration negotiated a deal with the Taliban and pledged all U.S. forces would be out of the country by May 1.

“I stand squarely behind my decision,” Mr. Biden said in remarks at the White House, after which he returned to Camp David in Maryland. “After 20 years, I’ve learned the hard way that there was never a good time to withdraw U.S. forces.”

But the president also cast blame on Afghanistan’s political leaders and military for the Taliban’s swift return to power, saying they failed to fight as the group seized nearly all of the country in just over a week.

“If anything,” Mr. Biden said, “the developments of the past week reinforced that ending U.S. military involvement in Afghanistan now was the right decision.”

The president’s remarks on the crisis in Afghanistan were met with prompt criticism from Republicans, who said Mr. Biden detailed a false choice between a hasty departure from Afghanistan or remaining in the country forever.

“The decision to place a higher priority on a political promise than on the lives of innocent men, women and children is a stain on America’s reputation and undermines our credibility around the world,” GOP Senator Mitt Romney of Utah said in a statement.

While the U.S. drawdown was set to be completed by the end of the month, Mr. Biden authorized 6,000 troops to deploy to Afghanistan to help with getting U.S. personnel and Afghan allies out of the country. The U.S. embassy in Kabul, the capital, was evacuated Sunday, though the U.S. charge d’affaires in the country, Ross Wilson, said he is remaining in the city to help American citizens and “vulnerable” Afghans.

Pentagon press secretary John Kirby told ABC News Tuesday that operations at the airport in Kabul have continued, and the military moved more than 700 people — 165 of which are American citizens — out of Afghanistan in the last 24 hours. The Defense Department plans to house up to 22,000 at-risk Afghans who aided the U.S. during the 20-year war at military installations, he said.

“We plan on being on the ground there in Afghanistan for the next couple of weeks,” Kirby told ABC. “It’s not just about moving out Americans, it is very much about meeting our moral and sacred obligations to those Afghans who helped us over the last 20 years, getting as many of them out as we can.”

Kirby told reporters at the Pentagon that there have been “no hostile interactions” with the Taliban at the airport in Kabul and said the U.S. is in discussions with Taliban commanders on the ground outside the airport.

Army Major General Hank Taylor said that within the next 24 hours, the U.S. plans to ramp up to at least one evacuation flight leave Kabul per hour, with between 5,000 and 9,000 passengers departing per day.

“The speed of evacuation will pick up,” he said.

The Biden administration has relocated one round of roughly 2,500 Afghans and their families to the U.S. through the Special Immigrant Visa program, and the U.S. continues to process visas for vulnerable Afghans who helped American troops.

Late Monday, Mr. Biden authorized $500 million for Afghan refugee resettlement, including applicants for Special Immigrant Visas, and the governors of Maryland and Virginia have said they are “ready and willing” to take in Afghan allies and their families.

Former President George W. Bush and first lady Laura Bush, too, said they “stand ready as Americans to lend our support and assistance in this time of need.”

“The United States government has the legal authority to cut the red tape for refugees during urgent humanitarian crises. And we have the responsibility and the resources to secure safe passage for them now, without bureaucratic delay,” they said in a statement. “Our most stalwart allies, along with private NGOs, are ready to help.”