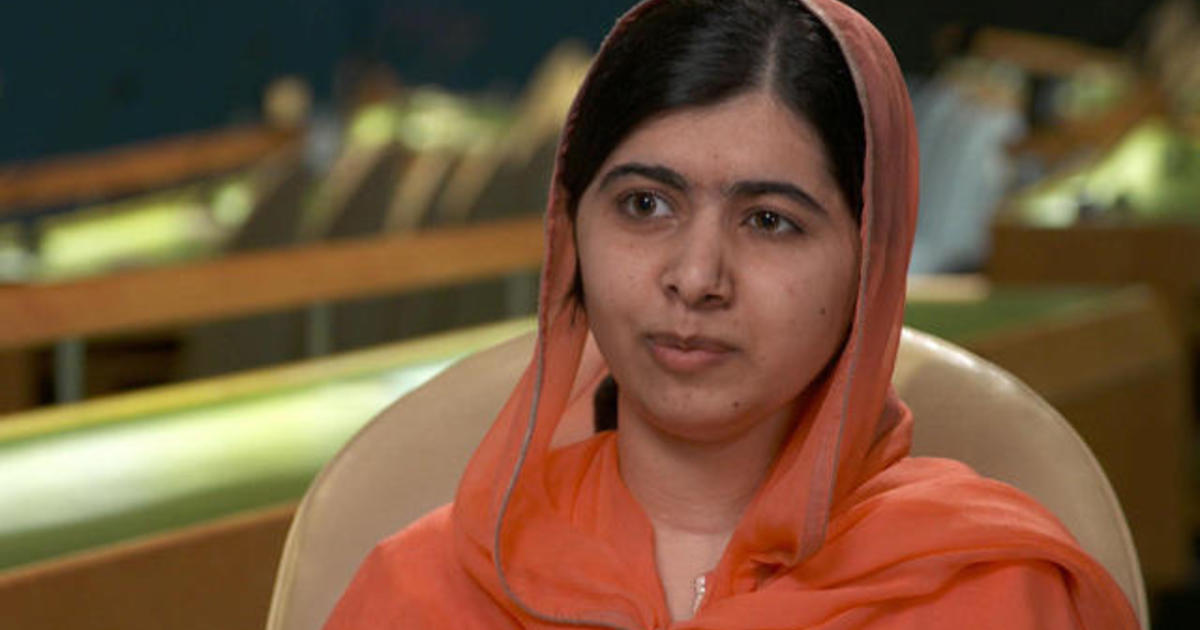 Nobel peace laureate and Pakistani activist Malala Yousafzai is calling on countries to open their borders to Afghan refugees as the country is overtaken by the Taliban. Yousafzai was shot in the head by a Taliban gunman in 2012 because the then-teenager advocated for educating girls.

The terrorist group rapidly returned to power in Afghanistan as the U.S. was withdrawing its forces after the 20-year U.S.-led war. Taliban fighters took control of the presidential palace and Afghan President Ashraf Ghani fled Kabul on Sunday.

Videos show dozens of civilians running toward an airplane on a tarmac at Hamid Karzai International Airport in Kabul on Monday, desperately clamoring to escape the capital city after Taliban rapidly took over.

Yousafzai said the images of civilians trying to flee Afghanistan are “shocking,” telling BBC News in an exclusive interview that it is an “urgent humanitarian crisis.”

“We are living in a world where we’re talking about advancements, about equality, about gender equality. We cannot see a country going decades and centuries back,” the now-24-year-old told BBC Newsnight’s Sima Kotecha. “We have to take some bold stances for the protection of women and girls, for the protection of minority groups and for peace and stability in that region.”

Yousafzai was 15 years old when her advocacy for education made her the target of a Taliban assassination attempt.

On Oct. 9, 2012, a masked gunman jumped into a pickup truck taking girls home school and shouted “who is Malala” before shooting her in the head. She had been blogging and speaking out against the denial of education to young girls in Pakistan’s Swat Valley, advocacy work she began when she was 11 years old.

She won the Nobel Peace Prize in 2014 and has since enrolled in Oxford University. She was able to return to Pakistan for the first time in 2018 as leaders in the country declared terrorism defeated.

However, nearby Afghanistan, which was ruled by Taliban for years prior to the U.S.-led invasion in 2001, is now under siege again in the wake of a U.S. military withdraw.

During their reign from 1992 to 2001, Taliban kept women in Afghanistan under the control of male family members and girls out of school.

“I think every country has a role and responsibility right now,” Yousafzai said during the BBC News interview. “Countries need to open their borders to Afghan refugees, the displaced people.”

According to the European Asylum Support Office, Syrians, Afghans and Pakistanis file the most applications for international protection in the world, on average. Applications from Afghanistan have been steadily increasing, and in May were up 33% from February 2021.

But as the number of Afghan refugees climbed, some European countries wanted to migrants from the country to leave.

Interior ministers from Austria, Belgium, Denmark, Germany, Greece and the Netherlands sent a letter to the European Union’s executive branch on August 5, asking to “intensify talks” with the Afghan government about the deportations of refugees, according to The Associated Press.

“We would like to highlight the urgent need to perform returns, both voluntary and non-voluntary, to Afghanistan,” letter reads “Stopping returns sends the wrong signal and is likely to motivate even more Afghan citizens to leave their home for the EU.”

Now that the Taliban has taken over, some countries are reversing course.

Earlier this month, Germany and the Netherlands suspended any deportations of migrants from Afghanistan, due to the threat the Taliban poses on citizens.

German Chancellor Angela Merkel said 10,000 people may need to be evacuated from Afghanistan, according to sources, Reuters reports.

A U.S. Defense Department official said Sunday that 1,000 more U.S. troops were being sent to Afghanistan to assist in the evacuation of Americans, bringing the total to 6,000, with 3,000 on the ground now.

During Monday’s chaos, all flights were halted, but evacuations are expected to resume Monday evening, Pentagon spokesman John Kirby said.

In July, the Biden administration announced that “Operation Allies Refuge” to support Afghans who face threats from the Taliban for helping the U.S. during the 20-year war.

The operation will support relocation flights for individuals and their families who helped the U.S. government and are applying for Special Immigrant Visas.

The State Department coordination unit leading “Operations Allies Refuge” is not releasing more details on when the flights will depart or where the applicants will wait while their applications are going through. Kirby said the Pentagon is evaluating overseas and domestic locations to temporarily house Afghan refugees during the process.

Yousafzai said she has sent a letter to the leader of her own home country, Prime Minister Imran Khan, asking him to allow refugees and “also ensure that refugee children and girls have access to education and have access to safety and protection.”

“Their futures are not lost, they can enroll in local schools. They can receive education within those refugee camps,” she said.

The activist said she has not yet contact British Prime Minister Boris Johnson, but said those watching should know “there is an important strategic leadership role right now,” and they should “take a bold stance for the protection of human rights.”