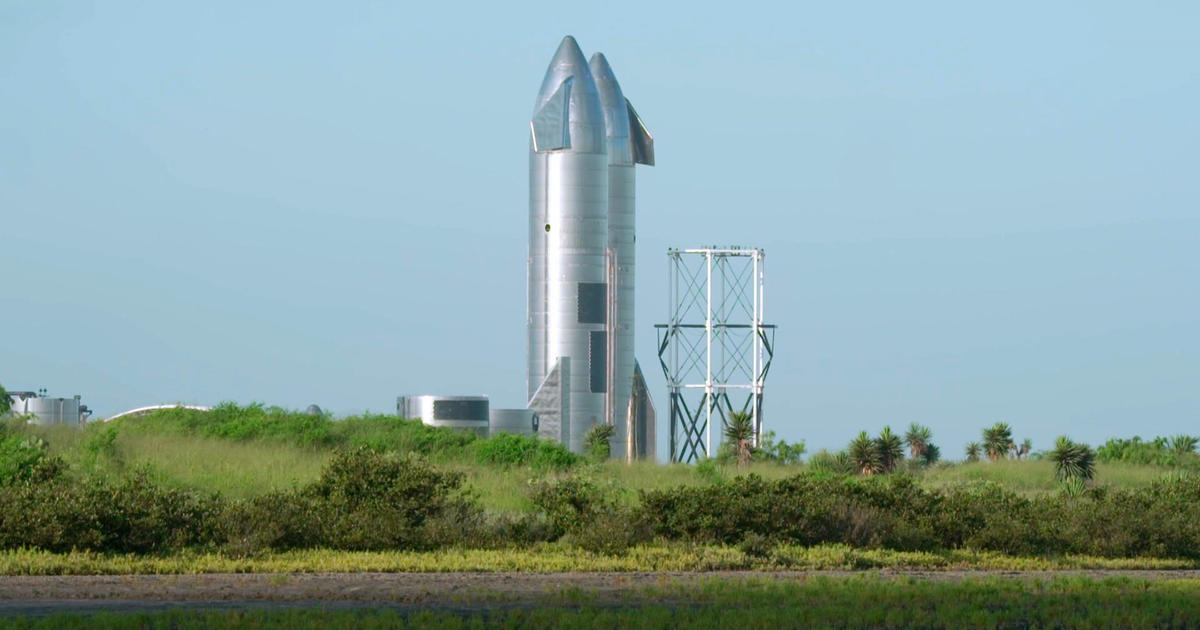 A new 60 Minutes+ report reveals that Elon Musk’s SpaceX is causing clashes between government agencies and local residents in a small Texas town over the company’s launch and testing facility in Boca Chica Texas.

Correspondent Enrique Acevedo spoke with current and former local residents who alleged that SpaceX conducts tests with little warning, prompting the evacuations of homes. They blame brush fires and broken windows on the tests as well.

The launch site does border the Boca Chica National Wildlife Refuge though, home to many vulnerable species. When a test flight on March 30 blew up, it sent debris into the refuge and it took over three months to clean up.

David Newstead, director of the bird program at the nonprofit Coastal Bend Bays and Estuaries Program, told Acevedo he’s seen changes in the refuge since SpaceX began their operations.

Newstead said that where there used to be a dozen or more nests, starting last year they only found two. “And this year, there was only one,” he added.

The location was ideal for SpaceX in part because of its proximity to the equator — where the earth spins faster, giving rockets a boost on their way up. Texas competed with other states before SpaceX chose Boca Chica. The state offered more than $15 million in incentives and passed a bipartisan bill allowing the public beach to be shut down during launches and tests, an FAA safety requirement. Limited closures to Highway 4, the only way in and out of Boca Chica, would also be allowed.

But under their agreement with the FAA, SpaceX only has permission to close down the highway for a total of 300 hours per year. Newstead and his team decided to start tracking closure hours. They allege that SpaceX has exceeded 1,000 hours.

A local advocacy group, Save Rio Grande Valley (Save RGV), alerted the district attorney about the alleged breach of SpaceX’s permit. The district attorney then wrote to SpaceX, saying, “If SpaceX has indeed exceeded the allotted hours, then there is no longer a legal authorization to obstruct State Highway 4.”

SpaceX responded to the district attorney with a letter saying they take the matter seriously, and that they are “committed to working cooperatively” to resolve it. They say they are honoring their agreement with the FAA, and by their count, they’ve only closed down the highway for “226 hours and 9 minutes.” SpaceX referred to the allegations brought by Save RGV as “not accurate.”

But in documents obtained by 60 Minutes+, the U.S. Fish and Wildlife Service communicated to the FAA that they also believe SpaceX has been exceeding their assigned hours. They calculated disruption to public access in “excess of 1,000 hours in 2019.”

Fish and Wildlife told 60 Minutes+ they estimate SpaceX also exceeded their closure hours in 2020 and 2021.

Communications show SpaceX’s operations in Boca Chica have been a major source of tension between government agencies.

In one letter to the FAA’s environmental protection specialist, written in April of 2019, Fish and Wildlife asked for closures and testing to stop until, “noncompliance issues are resolved.”

A refuge manager expressed his frustration in an internal email to a Fish and Wildlife biologist. They wrote, “this is totally unacceptable. If we don’t stop this now, we’ll never be able to reel it back in.” They added, “how do we stop this thing in its tracks and start over?”

In a letter to SpaceX’s director of starship operations dated June 21, 2021, a Fish and Wildlife complex refuge manager described, “unauthorized encroachments and trespass on the refuge.” He attached photographs that he said shows SpaceX’s employees using refuge lands as a parking lot and, in another one, a drainage ditch on protected land.

SpaceX did not respond to a request for comment from 60 Minutes+. The FAA tells 60 Minutes+ that “a new environmental review is underway,” and that “SpaceX must meet all licensing requirements before Starship/Super Heavy may launch.”

See the full report, streaming now, only on Paramount+.