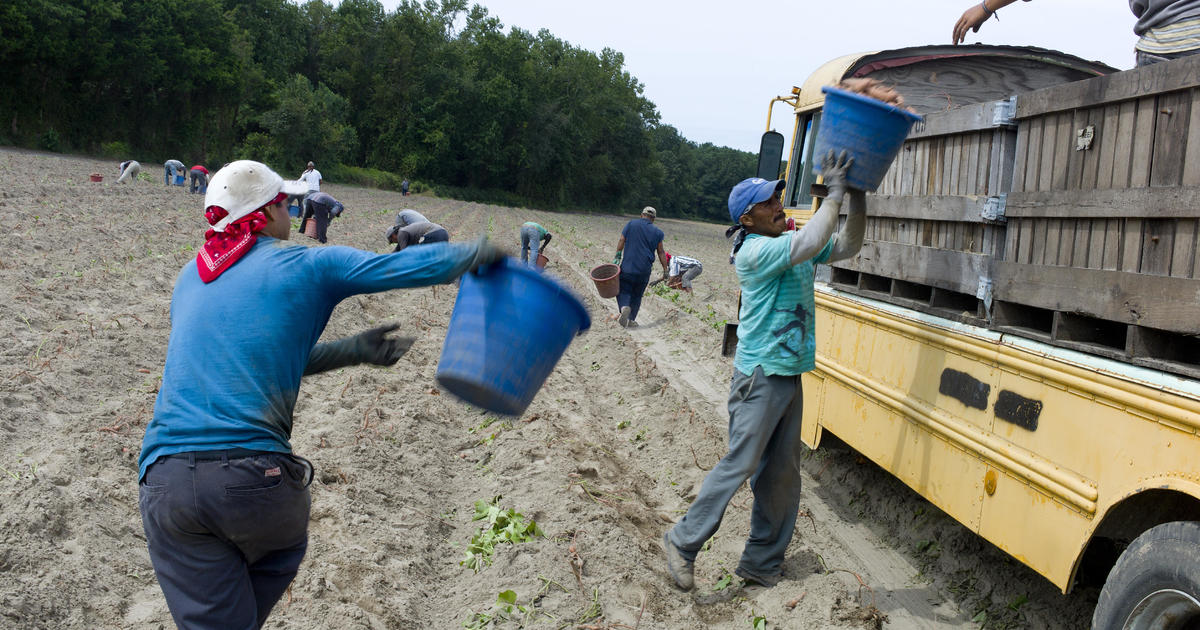 Rural America lost more population in the latest census, highlighting an already severe worker shortage in the nation’s farming and ranching regions and drawing calls from those industries for immigration reform to help ease the problem.

The census data released last week showed that population gains in many rural areas were driven by increases in Hispanic and Latino residents, many of whom come as immigrants to work on farms or in meatpacking plants or to start their own businesses.

“We’ve struggled on this issue for a long time to try to come up with a more reasonable, common-sense approach,” said John Hansen, president of the Nebraska Farmers Union, which is part of a group lobbying Congress for new immigration laws. Vilifying immigrants “just makes it harder to get there,” Hansen said.

The population trend is clear in Nebraska, where only 24 of the state’s 93 counties gained residents. Of those 24, just eight reported an increase in the white population, suggesting that most of the growth was driven by minorities, said David Drozd, a research coordinator for the University of Nebraska Omaha’s Center for Public Affairs Research.

Drozd crunched the census data and found that Nebraska counties with the greatest racial diversity are a “who’s who of where the meatpacking plants are,” even though many plants operate in rural areas that are often perceived as mostly white.

“In the rural areas, if you didn’t have the Latino growth, employers would be struggling even more just to fill those positions,” Drozd said.

Shay Myers, an Oregon farmer whose family owns an asparagus field, had been sleepless for days, and getting ever more agitated on TikTok – exasperated that he couldn’t hire enough people to pick the asparagus crop, some $180,000 worth.

In this April 19 video, he called on people to “understand the ramifications of what’s going on at the border, and the lack of labor that we have in this country.”

In New Mexico, populations declined across 20 rural counties that stretch from the Great Plains at Oklahoma to the U.S. border with Mexico. Desperate for laborers for its annual chile harvest, the state this week pledged up to $5 million in federal pandemic relief to subsidize wages for pickers and workers at chile-processing plants — boosting available wages as high as $19.50 an hour.

Are supplemental jobless benefits to blame?

Some Republican state legislators blamed the labor scarcity on supplemental unemployment benefits, which they say create a disincentive to work because they pay more than some low-wage jobs. Democrats see a persistent labor crisis.

Undocumented immigrants are commonly shut out of social safety-net programs. They don’t qualify for unemployment benefits, although many employers who hire undocumented people pay into the unemployment insurance system. (Nationally, those payments comes to $13 billion over the past decade, according to an earlier FPI study.) And last year’s multiple rounds of federal pandemic aid, including stimulus checks, also excluded not just immigrants but also citizens related to immigrants.

The New Mexico Chile Association trade group says the industry is short about 1,350 seasonal laborers of the 3,000 workers needed.

The problem is just as bad for poultry farmers in North Carolina, where meat processors help power the economies of many rural counties. Half of the state’s 100 counties have lost residents since 2010, the census data showed.

Bob Ford, executive director of the North Carolina Poultry Federation, predicted that labor shortages at poultry plants will only worsen as people continue to leave rural communities and migrant workers gravitate to other industries, such as building and construction.

He said higher pay for workers and better health care and housing benefits could help alleviate widespread labor shortages, but broader changes to immigration policy are probably the best solution.

The National Pork Producers Council is pushing federal lawmakers to change the H-2A visa program so that migrant workers can remain employed longer.

Bladen County, North Carolina, is home to the world’s largest pig slaughterhouse, Smithfield Foods’ Tar Heel plant. Between 2010 and 2020, the county’s population dropped by 15.9%. Bertie County, which is home to a large Perdue Farms poultry processing facility, saw a population decrease of 15.7%.

In Kansas, some rural Republicans say Congress needs to find a practical solution.

Nancy Weeks, secretary of the Haskell County Republican Party in southwestern Kansas, said if immigrants living in the United States illegally want to move to the area and work, they should be provided a way to gain legal status “so that they pay taxes like I do.”

Midwestern states are worse off

The challenge is exacerbated in Midwestern states that already have many of the nation’s lowest unemployment rates, said Al Juhnke, executive director of the Nebraska Pork Producers Association. Juhnke said his group would like to see changes that would allow seasonal immigrant workers to stay in the country longer.

“These folks buy houses. They bring their families. They go to our churches. They earn money and spend it locally,” he said. “It’s really a win-win-win for these communities.”

In Iowa, Latino leaders eagerly awaited the census numbers in hopes that they would show population growth that would translate into more political clout for their communities and better conditions in the food production and construction industries.

Republican politicians often try to tie reforms at the U.S.-Mexican border to pathways to citizenship for workers already here, said Joe Henry, political director for the League of United Latin American Citizens local council in Des Moines. But Henry said the two issues need to be separated, and agricultural companies understand that they cannot survive without immigrants.

“They know they need that labor,” he said.

Rachel Gantz, a spokeswoman for the National Pork Producers Council, said her group will continue to press Congress for changes.

“Simply put, pork producers are drawing from a rapidly diminishing pool of applicants,” she said. “Our producers fear — and the recent census data suggests — that this trend is unlikely to change anytime soon.”

Irina Ivanova contributed to this story.