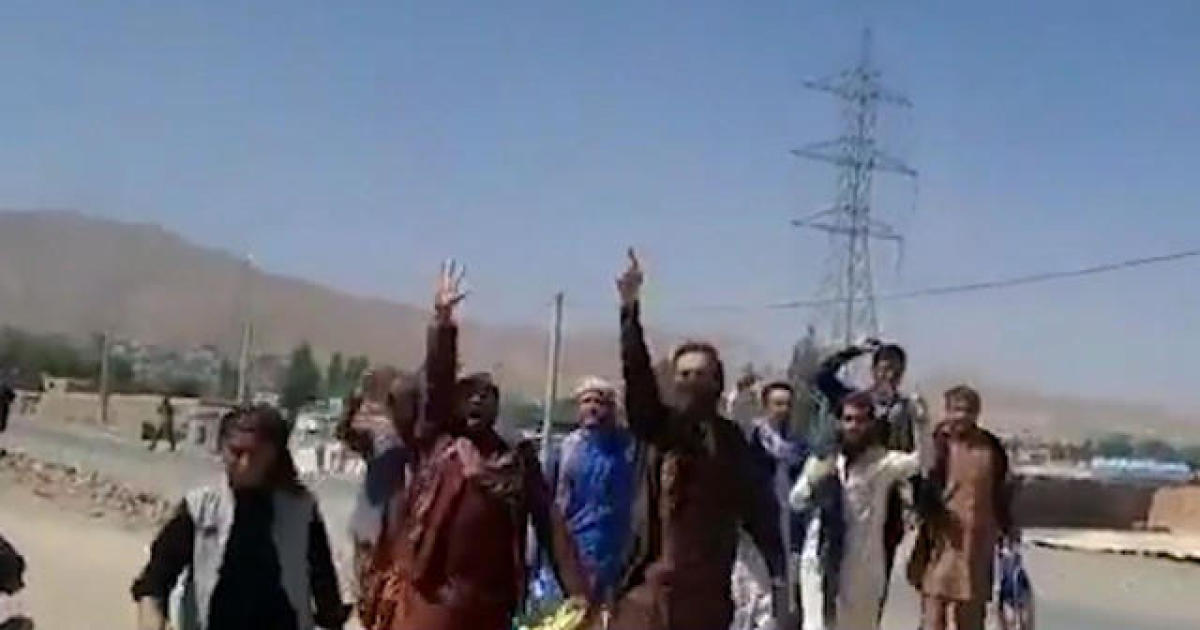 American diplomats and other key personnel are being evacuated from the rapidly deteriorating security conditions in Kabul, Afghanistan. This comes as the Taliban’s stunning and lightning-fast offensive seizes more territory including Kandahar and Herat, Afghanistan’s second and third-largest cities.

A U.S. defense official fears it could be just a matter of days before the hardline Islamists take control of Kabul, a city with more than four million people.

But as the Taliban keeps advancing toward Kabul and take more territory, they are also gaining strength. They are replenishing their ranks with Taliban prisoners they free along the way and seizing the spoils of war left by retreating Afghan forces trained by the U.S.

Those adversaries now control more than two-thirds of the country. On Friday, they seized the capital of Helmand Province where U.S. troops once fought some of their bloodiest battles.

Now the Taliban are eyeing what’s essentially the Afghan government’s last stand, CBS News correspondent Roxana Saberi reports. For now, daily life here in the capital, Kabul, appears to be carrying on more or less as usual, but there are fears this way of life could soon come to an end.

“They are killing women who are born and raised here — what about me?” Banafsheh Rahimi told Saberi.

Rahimi  says her family will stay in Afghanistan but as a woman who studied on an American scholarship, she needs to flee.

“You’re afraid of being killed if the Taliban come here?” Saberi asked.

“Yeah, I’m afraid of being killed, like, I’m totally sure that I will not survive here,” she said.

Thousands of other Afghans are already escaping, many lining up at Kabul’s airport.

One video appears to confirm the fears of the insurgents’ brutality with a Taliban fighter counting 14 bodies — executed for fighting back.

On Saturday, heavy fighting reached the doorstep of Kabul in the city of Maidan Shahr — only about 30 miles west of the capital.