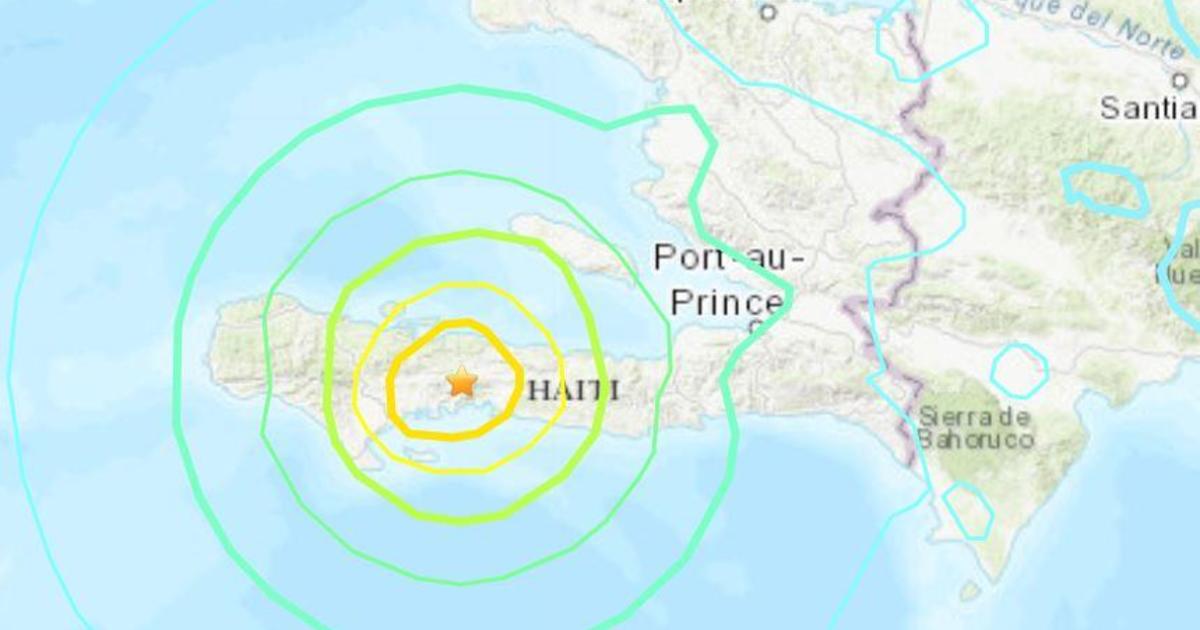 A 7.2 magnitude earthquake struck off the coast of Haiti on Saturday, the U.S. Geological Survey said. The epicenter of the quake was 7.5 miles northeast of Saint-Louis du Sud, according to the survey.

There were no immediate reports yet in Haiti of injuries or deaths.

The U.S. Tsunami Warning System issued a tsunami warning after the quake.

People in the capital of Port-au-Prince felt the tremor and many rushed into the streets in fear.

Naomi Verneus, a 34-year-old resident of Port-au-Prince, said she was jolted awake by the earthquake and that her bed was shaking.

“I woke up and didn’t have time to put my shoes on. We lived the 2010 earthquake and all I could do was run. I later remembered my two kids and my mother were still inside. My neighbor went in and told them to get out. We ran to the street,” Verneus said.

On January 12, 2010, a massive, magnitude 7.0 earthquake struck Haiti, one of the deadliest natural disasters in the history of the Western Hemisphere. The quake killed an estimated 250,000 and the island is still recovering.