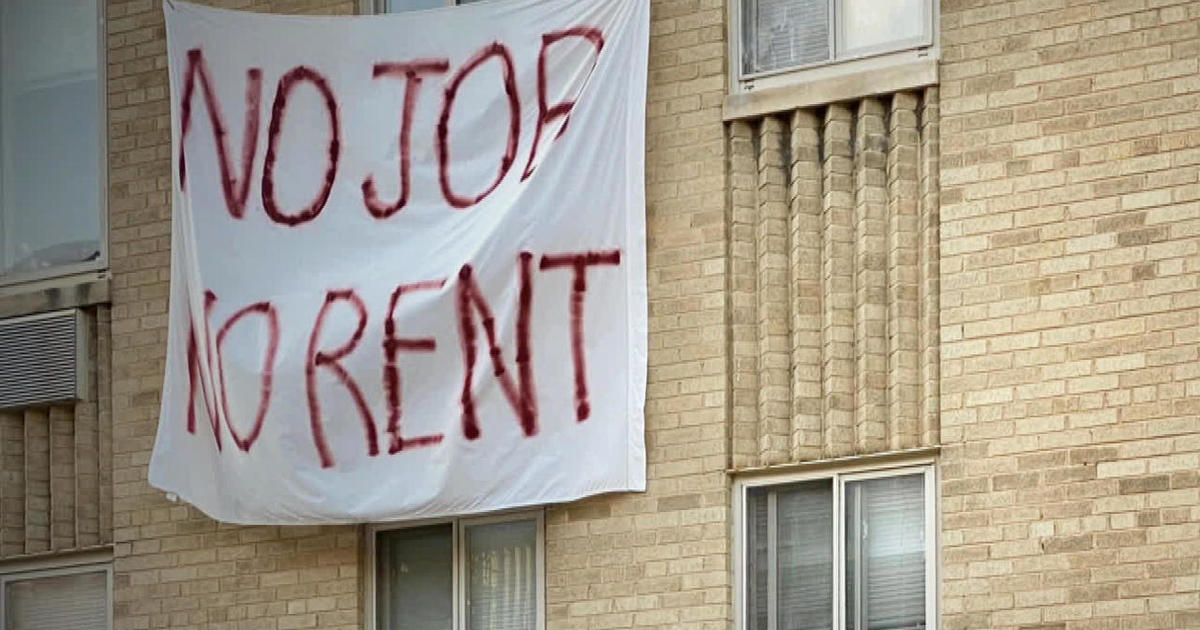 Incoming New York governor Kathy Hochul faces multiple pressing challenges when she takes the helm this month. Among the most important for many residents of her state: Distributing nearly $800 million to needy renters before the federal government takes it back.

New York State received $1.3 billion from Congress last year as part of a an initial tranche of federal rent aid. As of this week, however, less than $100 million has made it to landlords to cover what their tenants owe in back rent.

Federal guidelines allow the U.S. Department of Treasury to claw back unused funding starting September 30 and reallocate it to other states’ programs that have used up at least 65% of their funding. That impending deadline worries some New York housing advocates, who fear the state could lose the rent aid if it is too slow in doling it out.

Jordan Dewbre, a staff attorney with BronxWorks, a nonprofit that helps both renters and landlords apply for aid, expressed concern that if the state doesn’t distribute enough money to renters, “the Treasury can recoup those funds and allocate them somewhere else.”

“That’s a definite concern,” Dewbre told CBS MoneyWatch. “Back in June, I was like, there’s no way that would happen.”

A Treasury official told CBS MoneyWatch that the goal of distributing 65% of the rent assistance by September 30 is only intended as a guideline to identify programs that could be eligible for additional funding — not a hard deadline for spending. The official added that the agency has encouraged states to use up the full financial allotment they received in the first round of Emergency Assistance Funding.

“The administration is laser-focused on encouraging jurisdictions to move the money more quickly, and they want to use the September 30 milestone — not ‘deadline’ — as an impetus for faster delivery of funds,” said Stockton William, executive director of the National Council of State Housing Agencies, part of a group of organizations that urged flexibility on the September 30 date in a July letter.

While some states and counties are concerned about losing funds, Stockton suggested the Treasury Department would take a generous approach to assessing progress in distributing rent aid, looking at the total amount of money approved as well as the demand that programs had received — not just money that’s been put in landlords’ or renters’ hands.

If a program remains well below the 65% threshold when accounting for all the money in the pipeline, “I think Treasury will want to ask very focused questions and understand how the jurisdiction plan to accelerate funding, and what kind of demand it expects in the coming months,” he said.

Plenty of states and cities have been slow to get renters money. Seven states — Alabama, Arkansas, Mississippi, Indiana, North Dakota, South Carolina and Wyoming — have spent less than 2% of their rent assistance funds, according to the National Low-Income Housing Coalition, which tracks states’ progress in disbursing funds.

As of this week, New York has paid out roughly 7% of its funds to renters. The state received more in rental assistance funds than any other except Texas, but New York’s program was among the last to kick off, launching on June 1. The first payments did not go out to renters until July 19.

Many community groups have blasted the Empire State’s online-only application process, calling it cumbersome, opaque and unconscionably slow in getting the money to desperate renters.

“We can’t troubleshoot any issues, we can’t check the status, see where the application is, if it’s pending, if it needs more information. We don’t get notification if an application was denied or approved,” Lakisha Morris, who directs the rental assistance program for Catholic Charities in New York City, told CBS MoneyWatch.

“It’s generating significant anxiety for tenants,” Xing Hui Zheng, assistant director of University Settlement, said in an email. “What’s going to happen to tenants who already have eviction cases in court? The NYC eviction moratorium ends on August 31,” she said.

In response to these complaints, New York’s Office of Temporary and Disability Assistance, which runs the program, this week announced a number of improvements, including the ability to save an incomplete online application. OTDA Commissioner Michael Hein defended the state’s efforts distributing rent aid in a hearing before the New York State Assembly on Tuesday.

“The timing of New York’s program is not out of step with other states when we factor in when each program was launched,” Hein said.

OTDA also noted that New York has approved $460 million in rent assistance, a large portion of which was awaiting landlord approval to be paid out, a key step in the multi-stage application process. By the agency’s calculations, the state must move $780 million by the end of September to be in the clear.

“For those concerned that New York could face a potential clawback of federal funding for not obligating sufficient funds by the September 30th deadline …. I am pleased to say that New York is on track to meet this important federal requirement,” Hein told the Assembly.

At the other end of the spectrum, some local housing programs have already run through their first batch of rent funding, and are anxiously awaiting more.

The City of Los Angeles stopped accepting rent aid applications on April 30, citing “unprecedented demand that far exceeded the program funding.” The rental aid program in Tucson and Pima county, Arizona, has so far heard from about 16,000 renters, and “it continues to grow,” according to Meghan Heddings, executive director of Family Housing Resources, one of the participating nonprofits.

The local program to date has sent out $21 million in aid — nearly double the amount that the state of Arizona has distributed in counties that don’t have local programs.

“Our state was awarded $200 million and much less was brought to the local [program],” Heddings told CBS MoneyWatch. “Is there a way for them to provide more funds to us? I’m hopeful that request will be made. We’ve proven that we know our community and we can get those funds out.”