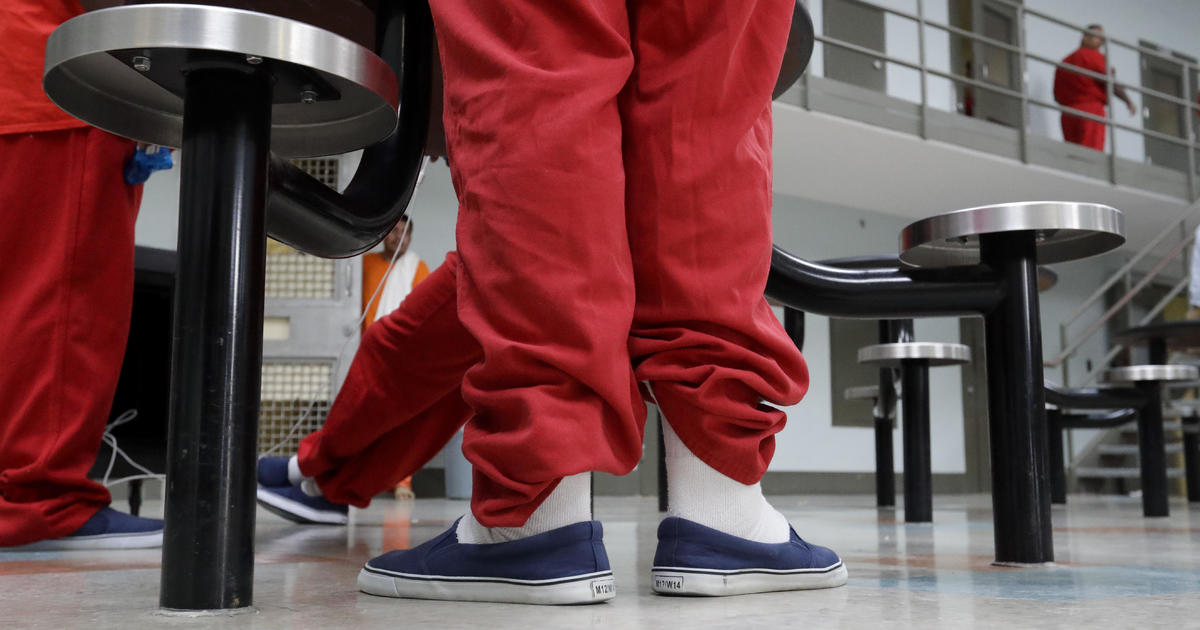 Amid rising infections, the Biden administration has stepped up efforts to vaccinate immigrants in U.S. government custody against the coronavirus, but thousands of detainees have refused vaccination, according to federal data shared with Congress and obtained by CBS News.

As of this week, 22,000 immigrants detained by U.S. Immigration and Customs Enforcement (ICE) had received at least one shot of a COVID-19 vaccine — a 167% increase from early July, when 8,221 doses had been administered. Six thousand immigrants in ICE custody have so far declined to be vaccinated, according to the figures.

The increased vaccination efforts — and the significant refusal rate — come as coronavirus infections continue to surge inside ICE detention facilities, where the detainee population has ballooned to 25,000, a 70% increase since the start of the Biden administration.

In the past six weeks, ICE has reported over 5,000 new coronavirus cases among detainees, according to an analysis of agency data. As of Friday, nearly 1,400 detainees were being monitored or isolated after testing positive for the virus.

Since the start of the pandemic, ICE has reported over 24,000 COVID-19 infections among immigrants in its custody, as well as 10 coronavirus-related deaths. Earlier this month, Elba Maria Centeno Briones, a 37-year-old asylum-seeker from Nicaragua, died in ICE custody after testing positive for the coronavirus.

ICE confirmed the figures obtained by CBS News, saying that over 20,000 vaccinations had been administered to detainees as of August 8. The agency said 5,958 immigrants in ICE detention facilities have refused vaccination as of August 6.

“ICE remains committed to applying (Centers for Disease Control and Prevention) guidance and providing vaccine education that ensures those in our care and custody can make an informed choice during this global pandemic,” Corey Price, who oversees ICE’s detention and deportation division, said in a statement to CBS News.

Vaccination inside ICE detention centers increased after Judge Jesus Bernal of the U.S. District Court in Los Angeles directed the agency in late June to offer vaccines to all detained immigrants with chronic medical conditions or those over the age of 55 — a plan government lawyers initially said was “not logistically possible.”

During the spring, ICE was relying on states to provide coronavirus vaccines to immigrants held in its sprawling immigration detention system. In July, ICE received a federal allocation of 10,000 Johnson & Johnson vaccines from the Veterans Health Administration.

Advocates for immigrants and public health experts have criticized ICE’s vaccination campaign, denouncing it as slow and inconsistent given the ample supply of doses in the U.S. They also said the initial decision to rely on state vaccine supplies hindered detainee inoculation since each state sets different allocation priorities.

Homer Venters, an epidemiologist who specializes on the health of incarcerated individuals, said the increased inoculation rate among ICE detainees represents an “improvement” from the slow vaccination efforts in the spring. But Venters expressed concern about the number of detainees declining to be vaccinated and their reasons for doing so.

“Often what I hear and see from patients is that there will be big, large-scale offerings, where a whole housing area will be told, ‘take it or leave it,'” Venters, who has inspected ICE detention facilities during the pandemic, told CBS News. “That is one approach that results in some people getting vaccinated. But there are a lot of people who just have basic questions about the vaccine, the safety or about their own health that require counseling.”

To quell vaccine misinformation and fear, Venters said immigrants in ICE detention should be allowed to have one-on-one sessions with doctors and community advocates. They should also receive information about the benefits of the vaccine in languages they understand, he noted.

“Just like in the community, when somebody is taking a medicine, when someone has a history of some sort of allergic reaction or just when they don’t know, they need to sit down and talk to somebody that has the knowledge and that they trust — and that’s difficult in immigration detention,” Venters said.

Citing “significant vaccine resistance” among ICE detainees, Patrick Walsh, a court-appointed special monitor, asked Bernal, the federal judge in California, to order the agency to provide every vulnerable immigrant in detention a doctor’s letter outlining the importance of getting vaccinated.

Venters, a member of President Biden’s COVID-19 health equity task force, said ICE has another “tool” to protect immigrants in its custody during the pandemic.

Benjamin Salk, a Southern Poverty Law Center attorney who represents at-risk detained immigrants, called the vaccine declination rate “incredibly troubling,” but noted that some refusals could involve detainees who simply had questions about side effects or who did not know what they were being offered.

“It is completely understandable that people being held in ICE facilities may be suspicious of injections they are offered,” Salk told CBS News. “They may see little reason to trust the same people who are imprisoning them in inhumane conditions without even adequate medical care to begin with.”

U.S. Border Patrol, which briefly detains migrants who recently crossed the southern border until it transfers them to ICE, releases them or deports them, has not been offering coronavirus vaccination to people in its custody, according to the Department of Homeland Security.

“The health and safety of our workforce and the migrants in our care are of paramount importance,” the department said in a statement. “Contrary to press reports, while we regularly reassess our COVID-19 protocols, there have been no changes to our vaccination policy and the current protocols remain in place.”

While ICE’s Health Service Corp has been helping Border Patrol by testing some migrants in border facilities for the coronavirus, it is not providing them vaccination, Price, the acting director of ICE’s enforcement and removal operations branch, said Friday.

The Department of Health and Human Services (HHS), which is responsible for housing children who cross the southern border without their parents, has been offering coronavirus vaccination to eligible migrant teenagers in its care.

As of July 12, more than 10,000 unaccompanied teenagers had received one dose of the Pfizer-BioNTech vaccine while in HHS custody, according to government data. Teens who are released to family members in the U.S. before getting the second dose are supposed to receive a notice to complete their vaccination.