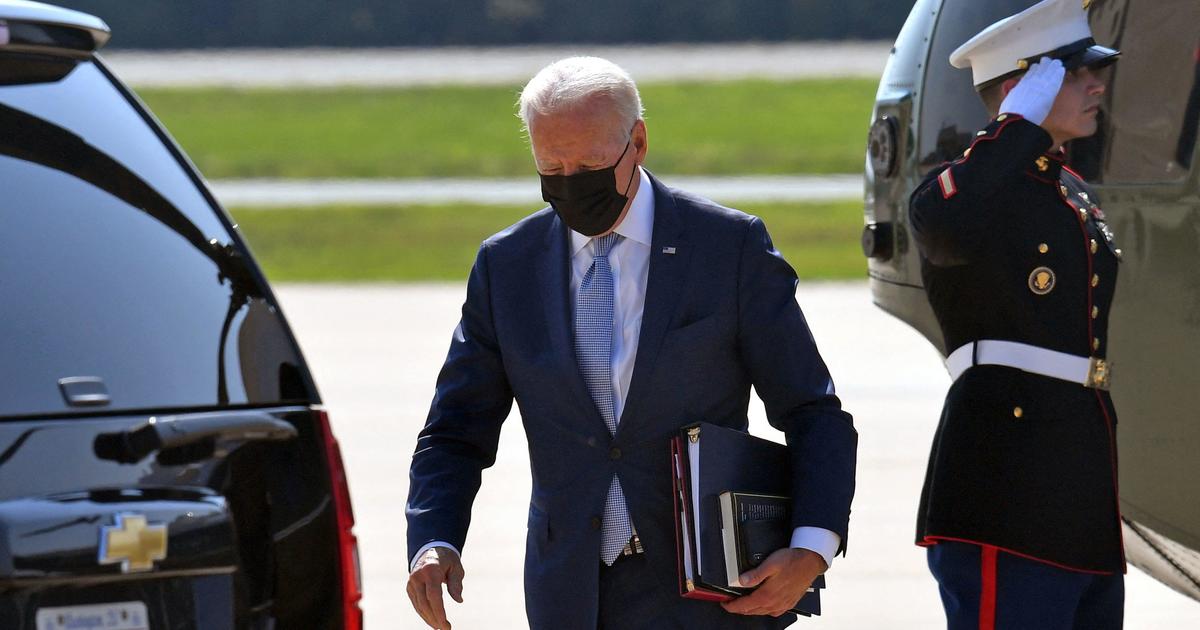 As Afghanistan’s provincial capitals fall to the Taliban one by one, and as many U.S. Embassy personnel in Kabul evacuate, President Biden stepped aboard Marine One in Delaware en route to Camp David without publicly addressing the situation in Afghanistan for another day.

Mr. Biden has made no remarks about the rapidly deteriorating situation in Afghanistan since Tuesday, as the Taliban swiftly unravels two decades of U.S. investments in the nation and jeopardizes Afghan lives. On Tuesday, two days before he ordered the reduction of civilian personnel at the U.S. Embassy in Kabul, the president said he didn’t regret his decision to withdraw troops from Afghanistan by the end of August.

A U.S. defense official told CBS News correspondent David Martin that while there has been no official update to the estimate that the capital of Kabul could fall to the Taliban in as little as 30 days, “it could go faster.”

“Look, we spent over a trillion dollars over 20 years,” the president told reporters Tuesday. “We trained and equipped with modern equipment over 300,000 Afghan forces. And Afghan leaders have to come together. We lost thousands — lost to death and injury thousands of American personnel. They’ve got to fight for themselves, fight for their nation.”

A White House official told CBS News Friday that the president continues to be very engaged on the issue of Afghanistan and the situation of the U.S. Embassy in Kabul, and is monitoring everything closely and staying in touch with his team. The president gave the order to withdraw many employees at the embassy Thursday, after meeting on the topic and being briefed by his secretary of defense and national security adviser. The president also separately engaged the secretary of state Thursday morning to discuss diplomatic strategy, the official said.

When White House press secretary Jen Psaki was asked Wednesday what gives the White House confidence the Taliban is interested in a negotiated political settlement, she said the international community “is going to watch closely how the Taliban behaves.”

“Well, the Taliban has to make an assessment — one, we have also said that there’s no question that the Afghan National Defense Security Forces would be strengthened, as would the Afghan political leadership, if they were to have more success in fighting back,” Psaki said Wednesday. “There’s no question about that.  We’re not hiding from that in any way, shape or form. The Taliban also has to make an assessment about what they want their role to be in the international community. And I know that Ambassador Khalilzad made comments when he was at the political negotiations yesterday making clear that the international community is going to watch closely how the Taliban behaves. They have a range of tools in their arsenal, as well, to take steps should they choose.”

But some in Washington insist that approach to the Taliban isn’t the right one.

On Friday, Congressman Mike Waltz, a Republican and a veteran who served in Afghanistan, sent a letter to the president urging the administration to provide air support to halt the Taliban offensive, cut off aid to Pakistan and consider sanctions. He said the Taliban “only understands strength and leverage.”

“Mr. President, the Afghan government and its people desperately need our help and I urge you to reverse course and provide military resources to assist the Afghan National Security Forces,” Waltz wrote. “There is still time to prevent complete catastrophe. The United States must respond to the Taliban’s offensive with military force. Continuing to plead with the Taliban to negotiate diplomatically not only is an ill-fated pursuit, it bolsters their standing in Jihadi circles and strengthens their narrative of eventual victory. The Taliban only understands strength and leverage.”

Pentagon press secretary John Kirby has continued to brief reporters as the situation in Afghanistan deteriorates.

“We’re obviously watching this just like you’re watching this and seeing it in real time, and it’s deeply concerning,” Kirby said in a Friday afternoon Pentagon briefing. “The deteriorating conditions are a factor, a big factor, in why the president has approved this mission to help support the protection of personnel there in Kabul. We’re adjusting as best we can given those conditions. And again, this is a moment for the Afghans to unite, the leadership, the military. No outcome has to be inevitable here.”

The president has insisted the U.S. is staying the course with its plan to withdraw troops by the end of August. Former President Donald Trump had called for a troop withdrawal by May of this year.

In February 2020, CBS News’ “Face the Nation” moderator and chief foreign affairs correspondent Margaret Brennan asked then-candidate Biden if he thought he’d bear “some responsibility for the outcome if the Talbian ends up back in control” and women in Afghanistan end up losing rights.