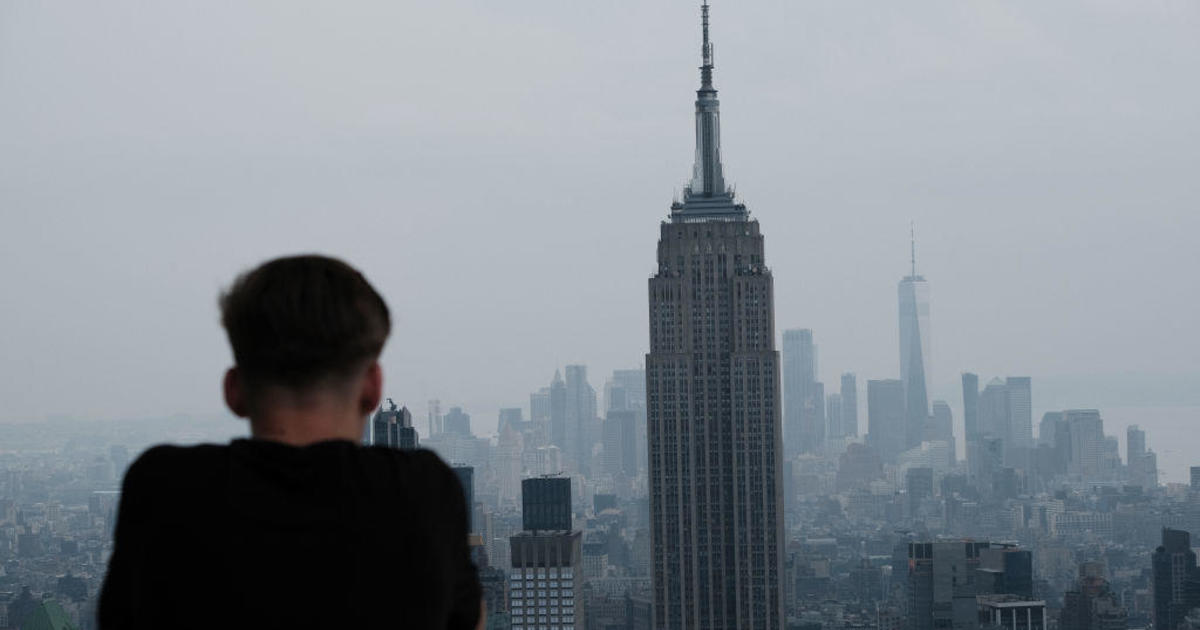 Even if you don’t live near any of the recent megafires burning in the U.S. West and around the globe, chances are you’ve experienced some of the environmental fallout as a result of the wildfires — even from hundreds of miles away.

Smoke from fires in Western U.S. and Canada muted skies as far east as Boston and the Maritime provinces this summer. In Europe, smoke from fires in Turkey and Greece can be seen ⁠— and smelled ⁠— far from the location of those infernos. For the first time in recorded history, smoke drifted from fires in Siberia to the North Pole.

Though air quality had been improving over the past several decades, a 2021 study published in the Proceedings of the National Academy of Sciences (PNAS) found that wildfire smoke is reversing that trend by adding microscopic particles to the air across the U.S., with even higher concentrations on the West Coast.

“You’re actually seeing the kind of changes in the trend from decreases to increases in recent years, just because of wildfire smoke,” said Sam Heft-Neal, a research scholar at Stanford’s Center on Food Security and the Environment and a co-author of the study.

It’s difficult to parse how big of a role wildfire smoke impacts the economy overall compared to other kinds of air pollution, experts say. But poor air quality can lead to more asthma attacks, emergency room visits, longer-term health impacts and lower productivity, especially for people who work outside.

“So how do you avoid smoke? There are lots of ways. Stay inside, use an air conditioner with a filter, wear an effective mask, avoid heavy exercise on bad smoke days, or even move away from the area during smoke events,” said Jonathan Yoder, an environmental and natural resource economist at Washington State University.

“Avoidance is not inconsequential,” Yoder said. “There are quality-of-life impacts. Avoidance can be a hassle and even costly.”

As climate change continues to exacerbate conditions that make wildfires more frequent and destructive, experts said we have reached a state of crisis. Here’s a look at ways wildfire smoke can seep into the economy.

Lost labor, wages and even jobs

One preliminary study estimated the average impact of wildfire smoke across the U.S. between 2006 to 2015 cut about 1.5% of annual income earned from work, or roughly 0.04% for each day of exposure over a two-year period. That would translate into total average annual earnings losses of as much as $92.9 billion for each year of smoke exposure, the researchers wrote.

“The main thing that we find is that it does affect labor income, and it appears to affect employment,” said Mark Borgschulte, an assistant professor of economics and at the University of Illinois and co-author of the study.

Researchers couldn’t examine a direct link to jobs from medical conditions, such as an asthma attack triggered by wildfire smoke, because the level of data needed doesn’t yet exist in the U.S., Borgschulte said. But other research shows that even low-levels of air pollution can send people to the hospital for various reasons, he noted.

“There are a lot of elements of human performance that seem to be damaged by wildfire. And the fact that we find effects on employment suggests that at least some of those are triggering people to leave their jobs or get fired. That’s a big deal,” he said.

In a report late last year, Risk Management Solutions (RMS), which models catastrophe risk, calculated insurance losses from fires in California, Colorado, Oregon and Washington, through November 2020, of as much as $13 billion.

When calculating wildfire risk, RMS factors in smoke along with heat from flames, embers from burning vegetation or debris carried by the wind and smoke, Michael Young, RMS’s vice president of product management told CBS MoneyWatch.

Smoke, though “highly variable,” can be as much as 20% of an overall property loss calculation, he said. For a home valued at $400,000, that means loss from wildfire smoke could be as high as $80,000, for instance.

Commercial property owners may also have even more expenses to cover, such as hiring a cleanup crew to sanitize a building’s contents damaged by smoke, although claims can vary widely.

“Smoke-generated claims are comprised of lots and lots of locations with very small cleanup costs associated with them, and they extend far beyond the boundary of the wildfire fire perimeter,” Young said.

“No longer just a state problem”

Government agencies at federal, state and local levels across North America now pool information so they can track air quality conditions, including fire and smoke, across the continent. Public interest is growing. The partnership, called AirNow, even introduced an app last month to track smoke and its impact.

Researchers are just starting to understand the impact of wildfire smoke on local economies, said Benjamin Jones, an assistant professor in environmental and natural resource economics at the University of New Mexico.

It’s difficult, for example, to calculate the economic loss when people leave their homes during fire season — even temporarily —  to avoid smoke, he said.

The costs are even higher now because climate change is exacerbating wildfires more than just a few years ago, Jones said. He’s currently working on a study that asks residents in the Western U.S. what actions they’re taking tied to wildfire smoke, to help gauge the economic impact.

“This is no longer just a state problem. You could argue it’s not even a Western U.S. problem anymore … because you’re getting smoke in New York City, Boston and the east coast from California wildfires,” Jones said. “So what’s happened is, because of wildfire smoke, the wildfire problem has transcended regions or even particular states or particular fires to affect all of us,” he said.