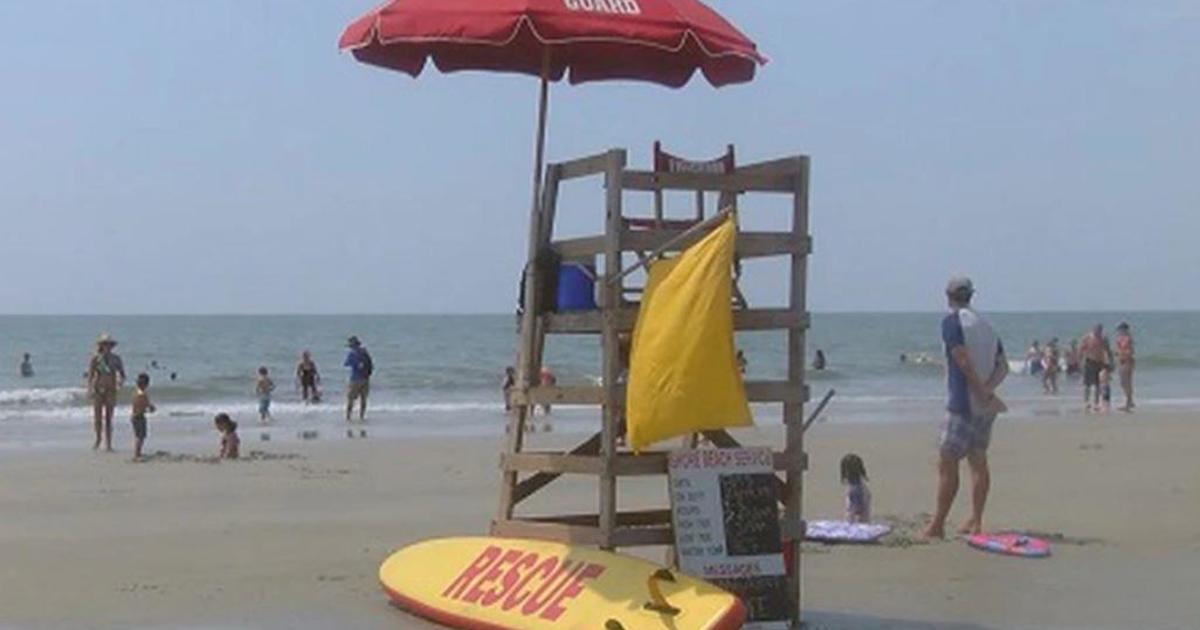 A lifeguard on South Carolina’s Hilton Head Island suffered deep cuts to the chest area but is expected to survive after being bitten on Aug. 3, CBS affiliate WTOC-TV reported. At nearby Tybee Island, Georgia, a well-known surfing instructor was bitten July 27 while leading one of his surfing classes.

South Carolina recorded just one unprovoked shark bite last year, and Georgia had none, according to the Florida Museum of Natural History’s International Shark Attack File. The two beaches are about 18 miles apart.

“It’s a bit mysterious,” said Gavin Naylor, director of the Florida Program for Shark Research at the Florida Museum of Natural History. “When sharks do bite people, it’s because they made a mistake. Why would two mistakes happen in such close proximity?”

On Tybee Island, Atsushi Yamada told WTOC-TV he  was sitting on his board helping a camper get back to shore when a shark came up and bit him on the leg, leaving behind three gashes.

“Ok now she’s in the safe zone and less than three seconds later I was attacked. I was very, very thankful, it’s almost a miracle, the shark didn’t get her,” Yamada said.

The same day of the Tybee Island shark bite, a 15-year-old visiting North Carolina’s Wrightsville Beach needed more than a dozen stitches after he was bitten by what officials think was a shark. The teen’s family was visiting from Tennessee and the teen was in waist-deep water when he was bitten, his father, Ivan Nekrasov, said.

Overall, the number of shark attacks in the U.S. is not on the increase.

Florida consistently leads the nation in the number of unprovoked shark bites, recording 16 in 2020, according to the International Shark Attack File. That represented 48% of the U.S. total.