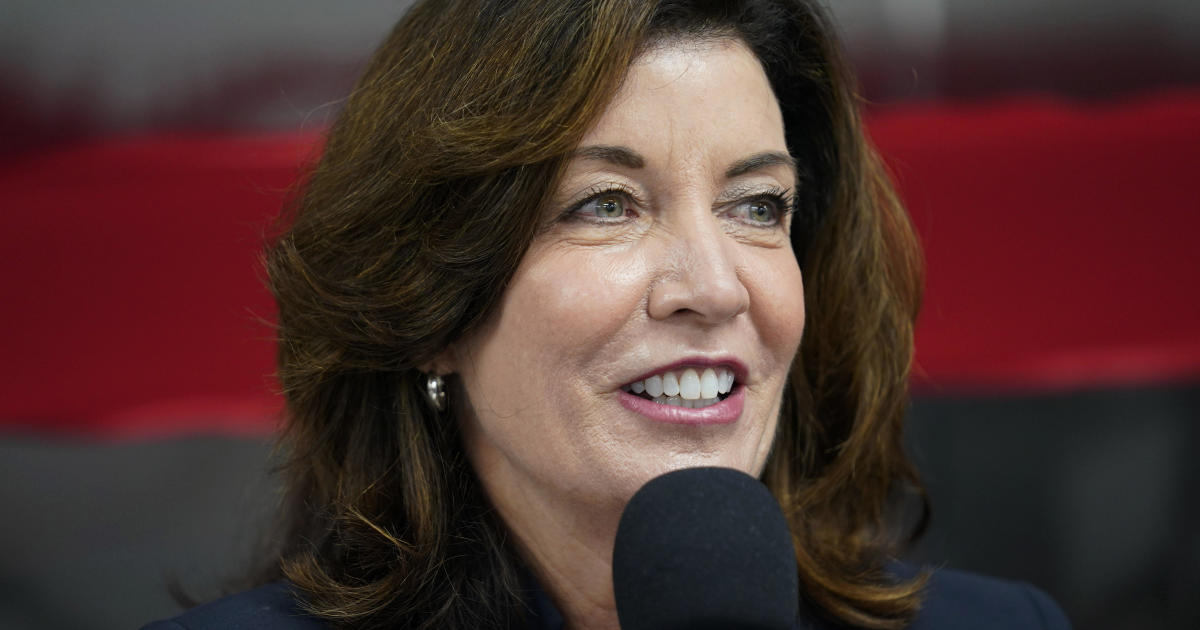 Soon-to-be governor of New York Kathy Hochul is delivering a press conference in Albany Wednesday in her first public remarks since Governor Andrew Cuomo announced he is resigning over sexual harassment allegations. Hochul is slated to become the state’s first female governor when she takes over in less than two weeks.

Hochul, the current lieutenant governor, is a former congresswoman and lawyer who hails from a family of steelworkers. She largely stayed out of the spotlight as women levied allegations of sexual harassment against Cuomo. But she did say the state attorney general’s investigation “documented repulsive & unlawful behavior by the governor towards multiple women.”

Hochul has been a longtime advocate for victims of domestic abuse and sexual assault.

“I agree with Governor Cuomo’s decision to step down,” she tweeted Tuesday. “It is the right thing to do and in the best interest of New Yorkers. As someone who has served at all levels of government and is next in the line of succession, I am prepared to lead as New York State’s 57th Governor.”

Before announcing his resignation Tuesday, Cuomo defended his actions in some instances, claiming norms and behaviors about workplace conduct had changed.

“In my mind, I never crossed the line with anyone, but I didn’t realize the extent to which the line has been redrawn,” Cuomo said, apologizing for offending the women.

Cuomo said he is stepping aside because fighting the allegations “will consume government, it will cost taxpayers millions of dollars, it will brutalize people.”

“The best way I can help now is if I step aside and let government get back to governing, and therefore, that’s what I’ll do,” the governor added.