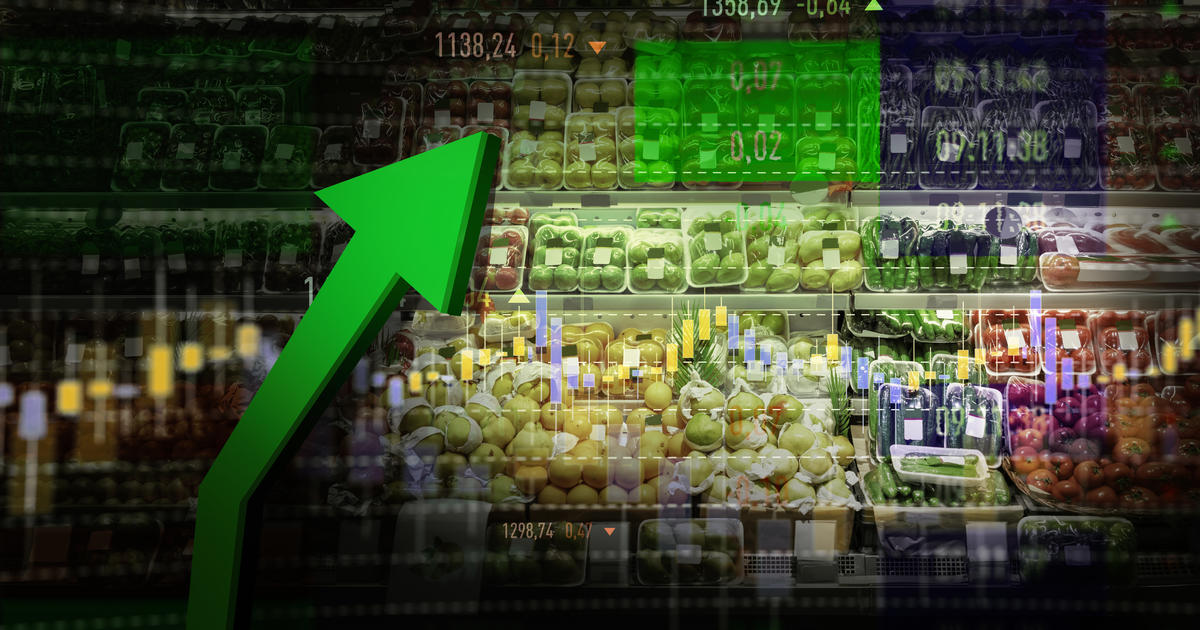 Prices for U.S. consumers rose last month but at the slowest pace since February, a sign that Americans may gain some relief after four months of sharp increases that have imposed a financial burden on the nation’s households.

Wednesday’s report from the Labor Department showed that consumer prices jumped 0.5% from June to July, down from the previous monthly increase of 0.9%. They have increased a substantial 5.4% compared with a year earlier.

Excluding volatile oil and gas prices, so-called core inflation rose 4.3% in the past year, down from 4.5% in June.

Rising inflation has emerged as the Achilles’ heel of the economic recovery, erasing much of the benefit to workers from higher pay and heightening pressure on the Federal Reserve’s policymakers under Chair Jerome Powell, who face a mandate to maintain stable prices.

Inflation is also threatening to become a political liability for President Joe Biden, whom Republicans in Congress have blamed for contributing to accelerating inflation from having pushed through a $1.9 trillion financial aid package last spring that included stimulus checks to most households and federal supplemental unemployment aid.

Further trillions in spending, backed by Biden and congressional Democrats, are poised to be approved by Congress in the coming weeks.

In response, Powell and the White House have said they believe that the pickup in inflation, which well exceeds the Fed’s 2% annual target, will prove temporary because it stems mainly from supply shortages resulting from the sudden shutdown — and swift reopening — of a $20 trillion economy.

Most economists agree that the primary drivers of higher prices have been categories of goods and services that were most disrupted by the pandemic — from new and used vehicles to hotel rooms, airline tickets and building materials.

A shortage of semiconductors has made new and used cars much more expensive. The Labor Department index used to gauge used car and truck prices soared 10.5% in June — the biggest ever monthly increase for these vehicles, dating back to 1953. Rental car prices also have soared, but are expected to taper off as the economy reopens.

“These categories of prices are being affected by supply bottlenecks and surging demand coming out of the pandemic; as bottlenecks in semiconductors improve and auto manufacturers increase supply, the surge in prices of used, new, and rental cars will slow further,” PNC Senior Economist Bill Adams said in a research note.

Another year of running hot — or longer

Most Wall Street analysts expect the ongoing spike in prices and wages to ease as the economy reopens, while noting that inflation could run above the Federal Reserve’s 2% target for another year or even longer.

“Price increases stemming from the reopening of the economy and ongoing supply chain bottlenecks will keep the rate of inflation elevated and sticky as supply/demand imbalances are only gradually resolved,” Kathy Bostjancic, chief U.S. financial economist with Oxford Economics, in a report. “While we share the Fed’s view that this isn’t the start of an upward wage-price spiral, we look for inflation to remain persistently above 2% through 2022.”

But other inflationary trends could prove more long-lasting. Rents, for example, are rising again in many big cities after having dropped during the pandemic. Home prices have rocketed up, as a shortage of for-sale homes continues to boost prices across the nation by double-digits. And workers, particularly in the restaurant and retail industries, are receiving substantial pay gains as businesses struggle to fill jobs.

“The continued surge in bar & restaurant prices, which rose by 0.8% [month-over-month], appears to be a clear sign that labor shortages and rising wages are feeding through,” Andrew Hunter, a senior economist at Capital Economist, said in a research note.

“Overall, the July data suggest that the initial burst of stronger inflation is now fading, but it is still much too soon to dismiss the risks of a more prolonged period of higher inflation over the coming years,” he added.

Some companies are still raising prices to offset higher parts and labor costs. The burger chain Shake Shack plans to raise its prices by 3% to 3.5% in the final three months of the year, executives said on an investor conference call.

Unilever, the maker of Dove soap and Ben and Jerry’s ice cream, has said it will raise some prices to offset higher raw materials costs. And Yum Brands, which owns KFC and Taco Bell, said late last month that its franchisees have implemented “moderate” price increases.