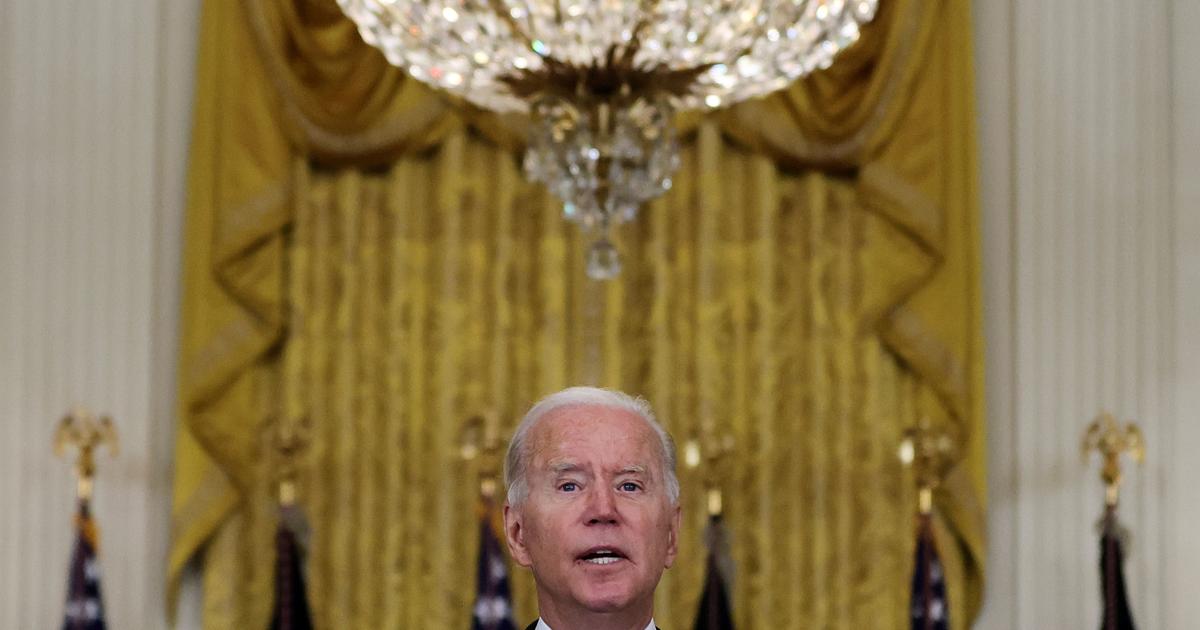 Washington — President Biden on Wednesday pitched his $3.5 trillion tax and spending plan to boost social programs and fight climate change, dubbed the “Build Back Better” agenda, after the Senate passage of the $1 trillion bipartisan infrastructure bill.

But the president started off his remarks by noting his administration is monitoring the increase in gas prices and 20 year-high inflation rates. The attention from the president is an indication that the White House, which has downplayed inflation and gas prices sometimes in recent months, recognizes the need to address the pinch on American families.

Mr. Biden said his director of the National Economic Council has asked the Federal Trade Commission to use every possible tool to monitor gas prices in the United States, and the Federal Reserve is keeping an eye on interest rates. Inflation, which the administration insists is temporary, is still at a 20-year high at an annual rate of 5.4%. And according to AAA, the average price of a gallon of gas in the U.S. has risen to $3.19.

The Senate passed a $1 trillion bipartisan infrastructure bill on Tuesday, with 19 Republicans joining all 50 Democrats to approve $550 billion in new spending on things like roads, bridges, waterways and rural broadband. Senators then held a marathon session to debate a budget resolution that paves the way for the larger package, adopting the measure in a party-line vote of 50-49 early Wednesday morning.

The House plans to return to Washington on August 23 to consider the budget resolution, among other things, Majority Leader Steny Hoyer said. Speaker Nancy Pelosi has said the House will not vote on the $1 trillion infrastructure package until the Senate finalizes the $3.5 trillion plan, which could take months. The Senate went into recess after Wednesday’s votes and plans to return September 13.

The $3.5 trillion measure serves as the blueprint for Mr. Biden’s social spending agenda, and will include funds to combat climate change, establish child care programs, expand Medicare and provide a pathway to citizenship for undocumented immigrants. Democrats can pass the measure using a process known as budget reconciliation, which would not require the support of any Republicans.

Mr. Biden said Tuesday that he expects Democrats to unite behind both plans, despite some disagreements over the price tag and scope of the larger proposal.

Senator Joe Manchin, a moderate Democrat from West Virginia who has become arguably the most influential senator in the chamber, voiced concern over the cost of the $3.5 trillion proposal, even as he voted to move forward with the procedural vote early Wednesday.

“Early this morning, I voted ‘YES’ on a procedural vote to move forward on the budget reconciliation process because I believe it is important to discuss the fiscal policy future of this country,” Manchin said in a statement. “However, I have serious concerns about the grave consequences facing West Virginians and every American family if Congress decides to spend another $3.5 trillion … Given the current state of the economic recovery, it is simply irresponsible to continue spending at levels more suited to respond to a Great Depression or Great Recession — not an economy that is on the verge of overheating.”

Jack Turman contributed to this report.