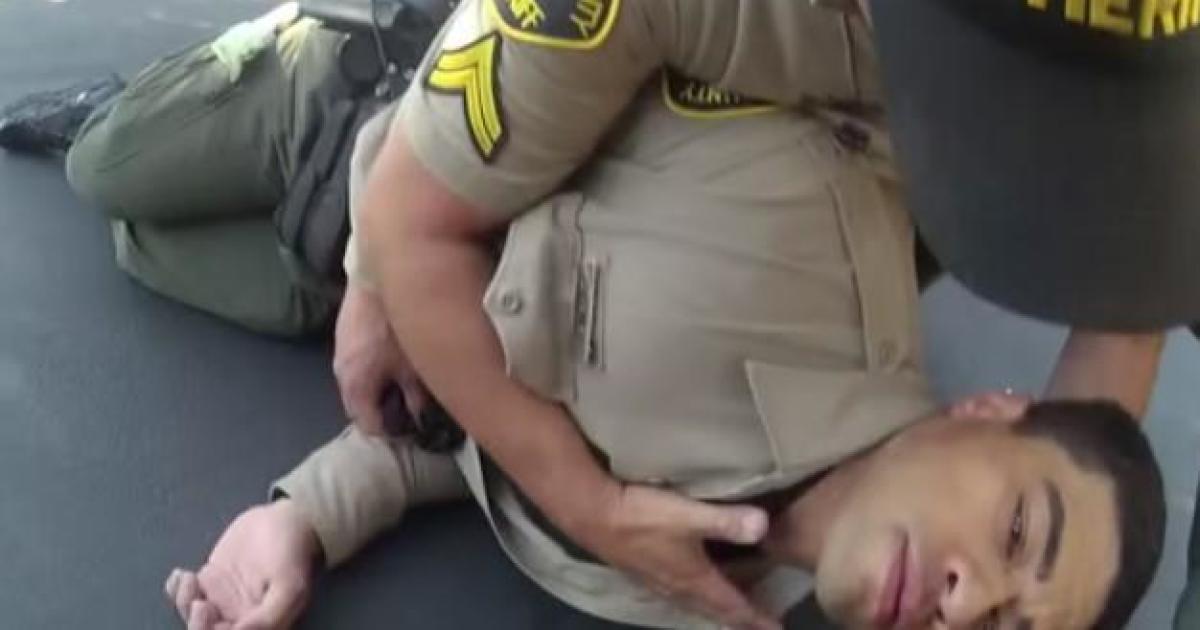 A public safety video that told viewers a deputy had a near-death experience after being exposed to fentanyl used actual footage, the San Diego County Sheriff’s Department said Monday, after critics questioned the deputy’s severe reaction.

The video shows “an actual incident involving our deputy as he processed a white powdery substance that tested positive for Fentanyl,” a department news release said. The unedited body-worn camera footage will be released within the week.

The deputy was 6 inches from the powder on July 3 while processing drugs at an arrest, according to an incident report also released by authorities.

The dramatic, four-minute video drew criticism from health experts across the country after the sheriff’s department released it Thursday. The experts questioned the deputy’s severe reaction and accused Sheriff Bill Gore of fueling public misunderstanding.

Gore, who’s announced he won’t seek a fourth term next year, appears at the end of the public service announcement to emphasize the dangers of fentanyl, which is 50 times more potent than heroin.

“Being exposed to just a few small grains of fentanyl could have deadly consequences,” Gore says to the camera. “The dangers of fentanyl are real and this drug is killing our communities.”

Gore told The San Diego Union-Tribune he’s shocked by the backlash. He isn’t a medical doctor but concluded that the deputy overdosed, he said, and he was under the impression that exposure could result in overdosing.

“This stuff’s no joke. It is super-dangerous,” Corporal Scott Crane tells a trainee, Deputy David Faiivae, in the video before Faiivae collapses.

Faiivae is administered naloxone nasal spray after he is shown on the ground. Crane tells the trainee he won’t let him die amid frantic efforts to save him.

The deputy later recounts what it was like, unable to breathe, gasping for air and then passing out.

“It’s an invisible killer,” Crane says on the video. “He would have died in that parking lot if he was alone.”

CBS San Diego affiliate KFMB-TV spoke to a two experts who’d reviewed the sheriff’s video and were originally interviewed as experts by the The New York Times.

The station pointed out that it remains unclear exactly how the deputy was purportedly exposed, whether by touch or by accidental inhalation. Either way, the experts said the video may create a false narrative about fentanyl overdose.

“It is very clear that you cannot overdose by touching fentanyl,” said Dr. Leo Beletsky, a professor of law and health sciences at Northeastern University in Boston and an associate adjunct professor of public health at the University of California San Diego School of Medicine.

The notion that a deputy could overdose by simply touching or accidentally breathing fentanyl is false, according to Beletsky.

“It is technically impossible to touch fentanyl powder and feel any effects of it, let alone overdose,” he said.

“The visible symptoms what we see from the video could be consistent with a panic attack. It could be any number of things. People have fainting events all the time,” said Beletsky.

Dr. Ryan Marino, medical director of toxicology and addiction medicine at University Hospitals in Cleveland and a medical toxicologist at Case Western Reserve University in Ohio, said the sheriff’s video actually does a disservice to first responders.

“This narrative is impossible. This video is not an overdose. It is not possible to overdose on fentanyl in this way,” Marino said.

“His pupils are normal-sized. His color never changes. His arms are sort of rigid and outstretched. His eyes stay open. All of these things point away from an opioid overdose or any overdose,” said Dr. Marino.

“If I told you day in and day out that if you are near fentanyl, if you touch fentanyl by accident, you’re going to overdose, you’re going to die, then, the second you come into contact with something that you think is fentanyl, or you confirm is fentanyl, that is going to cause a very severe, panic reaction,” Marino added.

Deputy Faiivae was out of the country and unavailable for comment, the sheriff’s department told KFMB.

When the station asked the department to release the raw body camera video, a spokesperson said the video release will happen “as soon as possible.”

Late Monday evening, the department released a follow-up statement along with documents on the incident. A toxicology report wasn’t among them.

The department said it was releasing the documents “in the interest of transparency.” They were:

An online petition organized by Marino and Lucas Hill, clinical assistant processor at the University of Texas, Austin College of Pharmacy, urged news organizations to correct what it said was an erroneous account from the sheriff’s department. They said it was signed by more than 300 drug experts, including health professionals.

“This is dangerous misinformation that can cause harm to both people who use opioids and to members of the law enforcement community,” the petition reads.

The Drug Policy Alliance, a group that advocates for decriminalization and safe drug use policies, called the video irresponsible.

“Content like this simply creates more fear and irrational panic that fuels further punitive responses to the overdose crisis, instead of the public health approach we need,” said Kassandra Frederique, the group’s executive director.

Two professional groups – the American College of Medical Toxicology and the American Academy of Clinical Toxicology – said in joint statement in 2017 that the risk of significant exposure to fentanyl is “extremely low” for emergency responders. The authors noted reports of responders feeling dizzy or like the body was shutting down or dying but finds, “Toxicity cannot occur from simply being in proximity to the drug.”