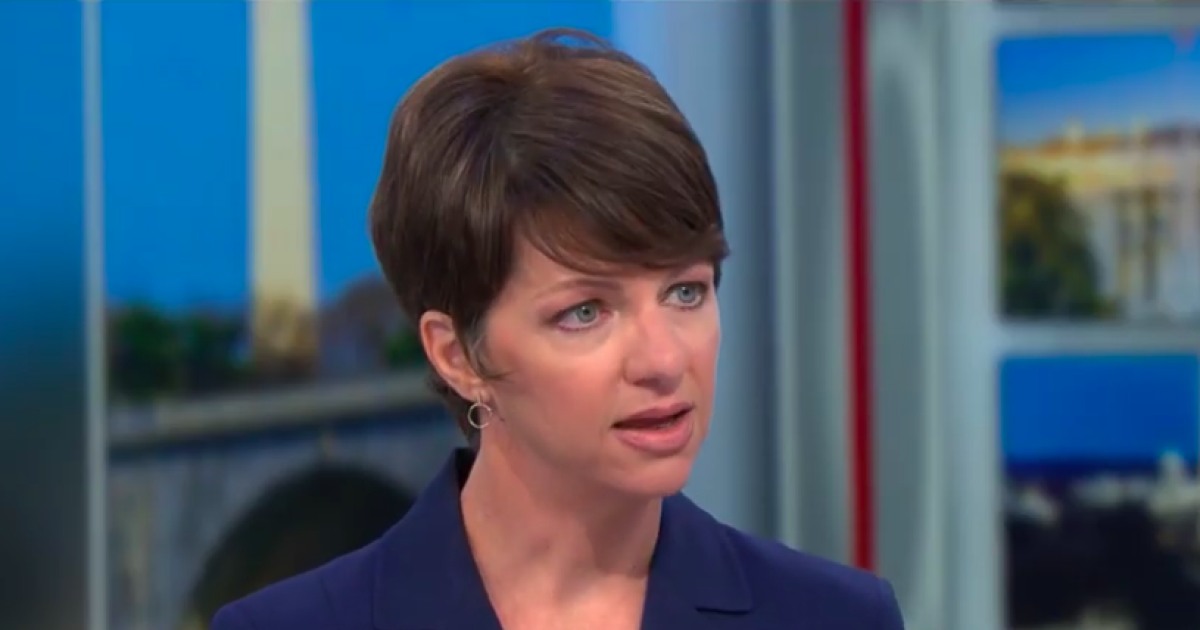 The following is a transcript of an interview with author Amanda Ripley that aired on Sunday, August 8, 2021, on “Face the Nation.”

JOHN DICKERSON: From politics to policy, it seems a lot of debates these days have become filled with toxicity and outrage to the point where we are no longer listening to each other. Amanda Ripley is the author of High Conflict: Why We Get Trapped and How We Can Get Out and has some ideas on how we can transform dissension in this country. It’s a tall order, Amanda, but we’re going to start with defining our terms. What does high conflict mean?

AMANDA RIPLEY: So high conflict can start small, but it becomes an all-consuming us-versus-them feud that sort of takes on a life of its own. So it doesn’t operate according to the normal rules of conflict. Anything, any counter, any intuitive thing you do in high conflict usually will backfire. Right? So it’s important to understand that in high conflict, we all make a lot of mistakes. We’re making them right now, as you can see, in all kinds of ways, right? So in high conflict, people behave differently. We sent- we tend to get really certain of our own moral superiority and we make a lot of mistakes about the other side. So the key thing to understand is that we have to do the counterintuitive thing and we have to do it with great care.

JOHN DICKERSON: A counterintuitive thing being opening, basically being more empathetic about the other side, just as your high conflict instincts are telling you that you want to bury the other side in the deep shale?

RIPLEY: Exactly. I mean, there’s a few things you want to not do, right, that that your body wants to do.

RIPLEY: So a few of those are sort of the tripwires that tend to lead to high conflict. It’s important to understand. One of those is humiliation, don’t humiliate your opponents whether you intend to or not. Humiliation is the nuclear bomb of the emotions, as the psychologist Evelin Lindner puts it. And you will do yourself a great disservice. Right. So calling names, that sort of thing. Nelson Mandela has a great quote where he says, “There is no one more dangerous than one who has been humiliated, even when you do so rightly.” So- I love the end of that quote. Also, you want to distance yourself to the degree possible from conflict entrepreneurs. These are people or pundits or platforms that intentionally exploit conflict for their own ends.

RIPLEY: Yeah, people who really delight in every twist and turn of the conflict. And right now we tend to amplify those voices, right? On social media and other places. And if you can’t distance yourself from the conflict entrepreneurs in your life, you want to try to redirect their energy to the degree possible on something more constructive.

JOHN DICKERSON: And you actually studied the kind of structural nature of these high conflicts. So anybody who’s listening can think of mask debates, vaccine debates, debates over things that are done and settled, like who won the last election. We all know that President Biden did. And yet there are virulent debates about a fantasy world in which he didn’t. So everything I just said probably infuriated some number of people. So you studied the structural parts of this. Give me a little bit more about how we unwind from that structural- those structural forces.

RIPLEY: Yeah. So it turns out that how we behave in political high conflict is not different from how we behave in high conflict divorces. Right? Or other kinds of high, high conflict all over the world. You know, I followed people who were really stuck in conflict, whether they were politicians or gang members or even guerrilla fighters in civil wars. And it is always the same behavior. It’s not about the facts. It’s not about the original cause of the dispute. What starts to happen in every high conflict is we have a lot of the wrong fights with the wrong people and we don’t have the fights we most need to have, right? So every high conflict has the thing it seems to be about vaccines, masks, etc.. right? And then the thing it’s really about, which is the understory of the conflict, which usually not always is about fear, humiliation, a need to belong and to matter, right? So those are the things you want to try to get to if you’re going to make any progress so that you can have the right fight. Because the truth is, we need good conflict in this country, right?

JOHN DICKERSON: Right. Founded the country on the idea of if we have good conflict, it’ll keep us from going into the streets and having actual fisticuffs.

RIPLEY: Right. You need to channel that. I mean, people need to push each other and- and defend themselves and be pushed and be challenged, right? Like that’s how we get growth.

JOHN DICKERSON: So in the toolkit to try to avoid high conflict. And the reason you want to do that is to create collective solutions. The first thing to do is think about what is this high conflict really about?

JOHN DICKERSON: And again, just to be clear, you’re not talking about debate and argument. You’re talking about a new level, which is just- so in that new level you want to figure out what the debate is about and then what’s- what’s next in the things I would try to practice?

RIPLEY: So another thing you would want to do is resist the binary, resist the urge to divide the world cleanly into two camps. That is not possible. It is very tempting, right? But don’t do it. Just catch yourself doing it, because what happens is we make a lot of mistakes, we miss big opportunities when we do that, right? And so you cannot divide. You cannot put 75 million people in this country who all call themselves Republicans or Democrats in one bucket. That’s just madness, right? We are all many things. Try to speak to another identity outside of the conflict. Right? As a New Yorker or a Californian or a, you know, Floridian or a parent is a very good one because you see and we saw this on your show today, in every high conflict, it is always kids who suffer the worst of it. Everyone suffers in high conflict, but kids suffer the worst. So speaking to people’s alternate identities outside of the conflict is a very powerful maneuver used.

JOHN DICKERSON: You talk to academics who study conflict and keying on your idea about binary decisions that complexity when people recognize the complexity of things, that helps them get out of their binary instincts. Is that right?

RIPLEY: Right. So in a time of high conflict, we all get oversimplified, right, in our perception of the world. So the more you can amplify and surface real complexity, right, like real complexity of humans, the more people become open to information they didn’t want to hear. What you’re trying to do is revive curiosity in a time of false simplicity, right? And once you do that, you start to see people’s whole expression changes. They start to say more nuanced things. They admit to more internal doubt and- and uncertainty.

JOHN DICKERSON: Amanda Ripley, thank you so much. Hopefully we’ll get towards the solutions and we’ll be right back in a moment.