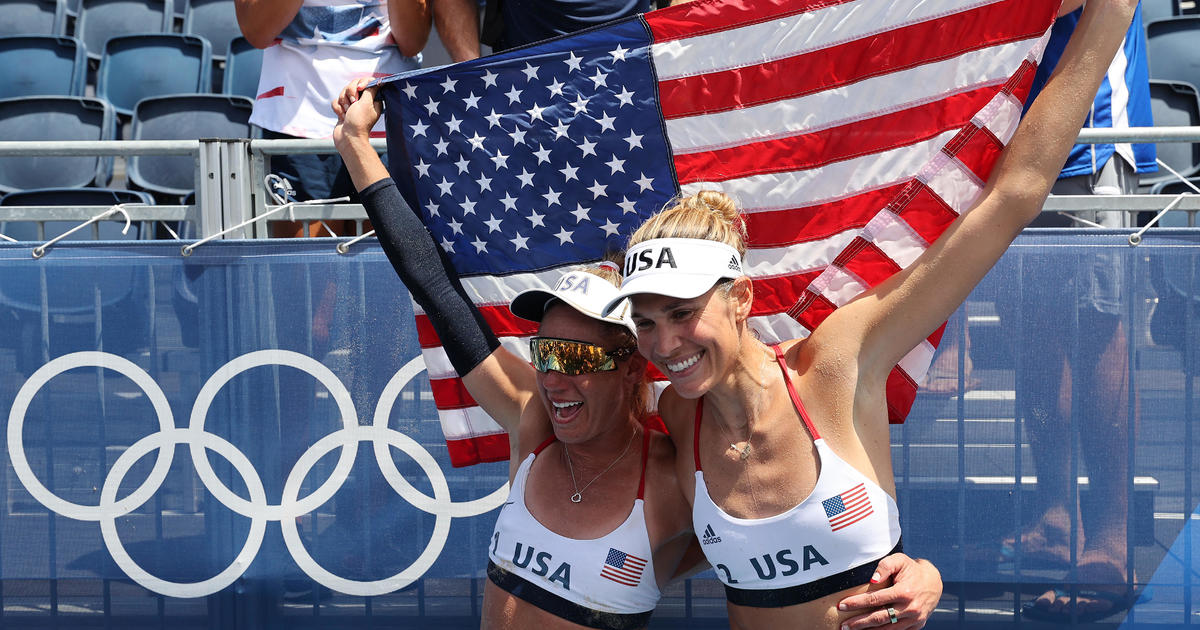 American pair April Ross and Alix Klineman defeated Australia to secure gold in beach volleyball in the Tokyo Olympics Thursday. It’s the first gold in the sport for Team USA since 2012.

Ross, 39, and Klineman, 31, beat Australia’s Taliqua Clancy and Mariafe Artacho del Solar in straight sets, dominating the entire match. Team USA did not lose a single set in their elimination matches en route to the final, either.

“It’s so tough,” Ross said. “It was such a shot in the dark. For us to get here and do this, with this kind of competition just blows my mind. To get a gold medal finally, feels so amazing”

Ross won her third Olympic medal after winning silver with Jen Kessy in 2012 and taking home bronze with beach volleyball star Kerri Walsh Kennings in 2016. Her win in Tokyo makes Ross the oldest woman to win gold at the Olympics in any type of volleyball event.

The Tokyo Games were the first Olympics Klineman has ever competed in.

“I still don’t know if I really ever expected this to come true,” Klineman said. “It feels like such a fairy tale.”

It’s the first gold medal in beach volleyball for Team USA since legendary duo Misty May-Treanor and Kerri Walsh Jennings won during the London Games in 2012.