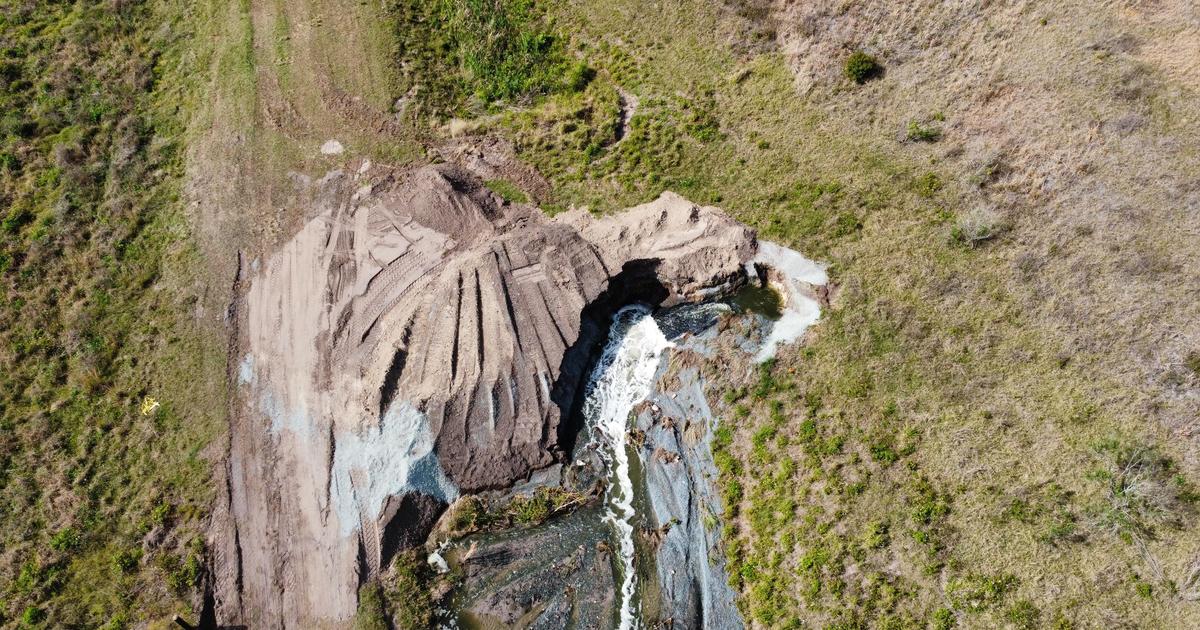 Florida’s Department of Environmental Protection announced Thursday that it is suing the owner of Piney Point, the former phosphate mining facility that leaked millions of gallons of wastewater into Port Manatee, which leads into Tampa Bay, earlier this year.

Piney Point stores phosphogypsum — the waste from processing phosphate — in stacks that sit in reservoirs. The stacks are covered with a liner that separate the material from the phosphogypsum process water, mixed seawater and dredged materials that sit above it.

From March 26 to April 9, approximately 237 million gallons of that wastewater, which has potentially toxic levels of nutrients, either leaked or was intentionally discharged from the facility, with much of that being dumped into Port Manatee. Officials stopped pumping out the untreated water on April 9, but the effects of the leak and disposal are still being felt in the area.

In the lawsuit, the department alleges that HRK Holdings LLC has failed to comply with requirements for safe operation of the phosphogypsum stacks and failed to meet surface and groundwater standards for years. The company bought the facility, which was already inactive at the time of the sale, in 2006, according to the complaint.

The department is seeking $50,000 for each day HRK failed to remove water from the site after an alleged agreed-upon February 2019 removal, and $15,000 for each day the company did not comply with water standards and financial assurance requirements, according to the complaint. The department is also asking the court to appoint an independent third party to oversee the management, closure and finances of the site.

Interim Secretary Shawn Hamilton said in a statement that the department is seeking “the maximum allowable penalties and recovery costs and damages” for the wastewater leak, and called the complaint a “pivotal step to ensure this is the final chapter” for Piney Point.

“DEP’s priority continues to be the protection of human health and safety and the minimization of any potential impacts to the environment,” Hamilton said. “…The ultimate goal remains closure of the site once and for all. We are confident the court appointed receivership requested through this complaint will pave the way to expediting this process.”

CBS News attempted to contact HRK Holdings, but the phone line has been disconnected. The company does not have any additional contact information on their website.

At the time of the leak, officials feared the wastewater pond would collapse and release a “20-foot wall of water” onto the area, prompting them to evacuate locals.

The department initially said that the water in the reservoir was “slightly acidic, but not at a level that is expected to be a concern.” But within days of the initial leak, water samples showed potentially dangerous amounts of nutrients that environmental experts said could threaten marine life.

Excessive amounts of nutrients, particularly nitrogen and phosphorus, can create algae blooms which suffocate and kill marine life. Officials detected algal blooms within weeks of the leak, and by June 11, dead fish had started to show up near the site. Over the past several weeks, red tide has covered about 100 miles of Florida’s Gulf Coast and killed millions of fish. Thought red tide is not uncommon in the state, many believe the wastewater leak only made it worse.

Millions of gallons of “primarily sea water” were discharged into Tampa Bay as a result — and just over a year later, the company field for Chapter 11 bankruptcy, largely because of the debt incurred from the 2011 leak, the complaint said.

The department said there is an “ongoing foreclosure action” between the company and its mortgage holder, but said the lawsuit would not impact that litigation.