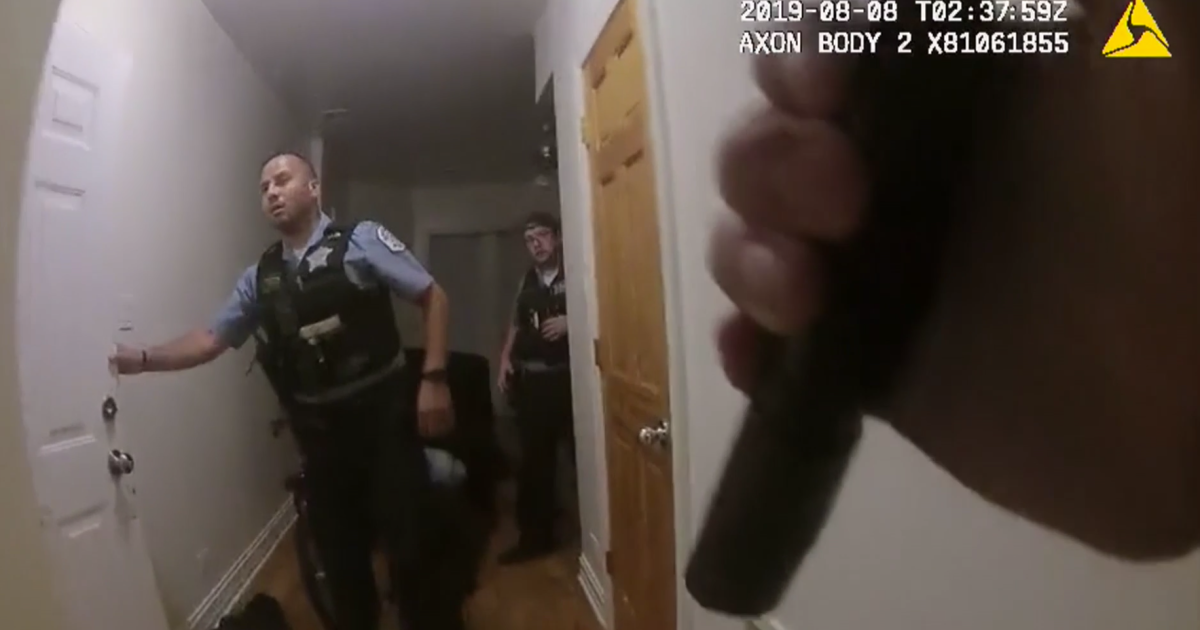 A Black family has filed a lawsuit against the Chicago Police Department and city, alleging that officers raided their home by mistake and held them at gunpoint two years ago.

In August 2019, Chicago police officers responded to a 911 call about two men fighting at a gas station — one of them possibly armed. When officers arrived, four men ran.

Body camera footage shows police holding down Winters as other officers checked the apartment. An officer had a gun to Winters’ head, the lawsuit alleges. “Officer with a gun to my head. I thought it was kinda over,” Winters said.

In one room, police woke up a 73-year-old grandfather at gunpoint. In another room, they found the couple’s children, 5-year-old Reshyla and 9-year-old Savayla, who were in their beds when they said an officer entered their room and pointed a gun at them.

Evans called 911. “I called the police on the police because I don’t know what’s going on. You in my house and won’t tell me anything,” she said.

Later, the family can be heard repeatedly telling the officers the suspects never entered their apartment.

Officers later apologized. In a statement, a Chicago Police Department spokesperson said, “The apprehension of fleeing suspects are often active and fluid situations in which officers are balancing public safety and the safety of all individuals involved.”

Evans said her family is traumatized. “Trauma, heartache. They left a lot of baggage behind,” she said.

The Civilian Office of Police Accountability said it is conducting a preliminary investigation into the case.

In February, an innocent resident, Anjanette Young, sued the city of Chicago and its police department after officers raided her home. An investigation found that officers broke down her door and handcuffed the Young while she was naked as she repeatedly told them they had the wrong home.