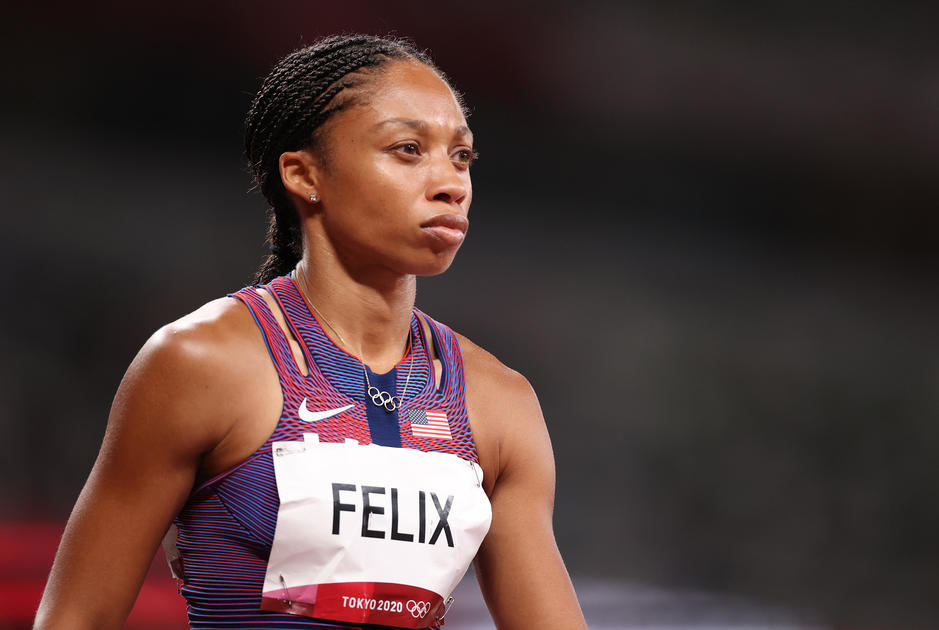 Allyson Felix won bronze in the women’s 400-meter final in Tokyo on Friday, matching running legend Carl Lewis with 10 medals as the most decorated Olympic track and field athlete in U.S. history.

The 35-year-old has won six gold medals, three silver and now, one bronze — making her the most decorated female track and field athlete in Olympic history.

Felix, who was participating in her fifth Olympics, finished her race in 49.46 seconds, right behind Bahamas’ Shaunae Miller-Uibo, who secured gold, and Dominican Republic’s Marileidy Paulino, who got silver.

Felix can surpass Lewis if she medals with the women’s 4 x 100-meter relay final on Saturday.

The Tokyo Games marked Felix’ first as a mother. She shared a touching moment with her daughter, Camry Grace, and fellow Olympian Quanera Hayes and her son, Demetrius, following her performance in the U.S. Track and Field Olympic trials in June. In an interview that day, she reflected on her journey to get back on the track.

“Today I thought about all the things,” Felix said. “I thought about us fighting in the NICU, fighting for my life…Whatever happened, I just knew all glory to the most high.”