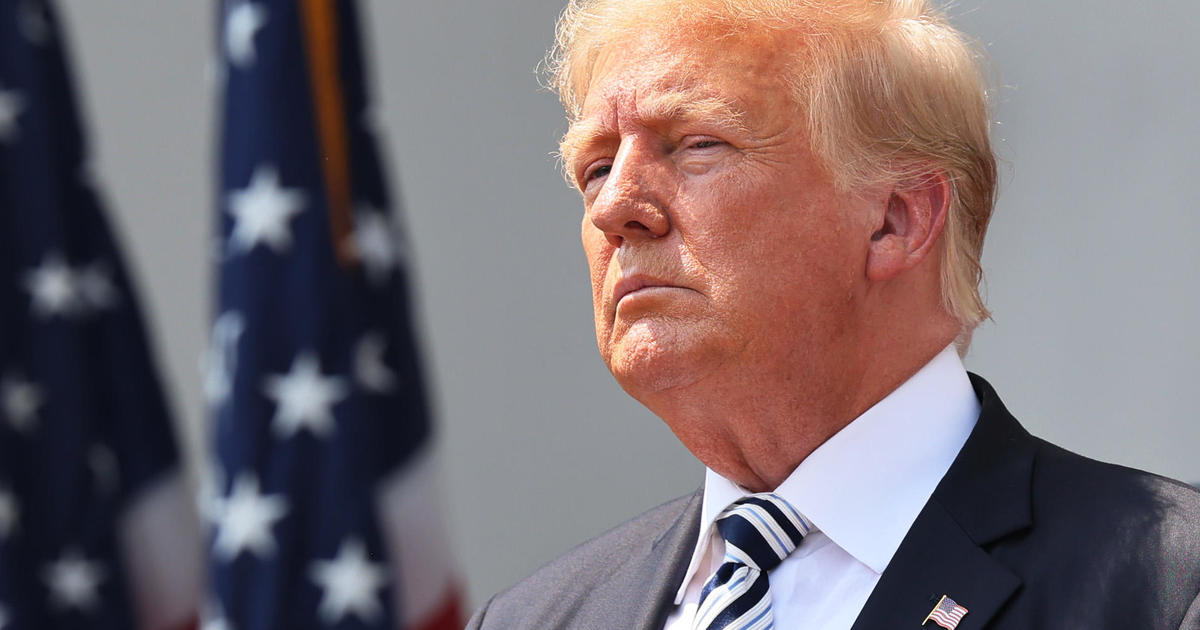 Washington — Former President Donald Trump asked a federal court on Wednesday to block the Treasury Department from handing over six years of his tax returns to the House Ways and Means Committee after the Justice Department said last week that the IRS must turn them over.

Lawyers for Mr. Trump argued in a filing with the U.S. District Court in the District of Columbia that the requests from Ways and Means Committee Chairman Richard Neal, a Democrat from Massachusetts, lack a legitimate legislative purpose and instead are meant to expose the former president’s private tax information for political gain.

Mr. Trump’s attorneys also claimed the purpose of Neal’s request to the IRS for Mr. Trump’s tax information and from eight of his business entities is not to help inform future legislation, but to obtain the records “for the sake of exposure, to improperly conduct law enforcement.”

“‘Oversight’ and ‘transparency,’ in a vacuum, are not legitimate purposes,” they said, adding that Neal’s request to the Department of the Treasury aren’t relevant to legislation within the Ways and Means Committee’s jurisdiction.

Mr. Trump is asking the court to permanently block the Treasury Department and IRS from complying with Neal’s requests for his tax returns and order the two entities to end “all ongoing examinations” of the former president and his businesses. He also wants U.S. District Judge Trevor McFadden, a Trump appointee, to rule Neal’s requests for his tax information are “unlawful and unenforceable,” and that the Treasury Department is not authorized to comply with the demands.

“Chairman Neal’s requests have always been a transparent effort by one political party to harass an official from the other party because they dislike his politics and speech,” Mr. Trump’s lawyers said. “Chairman Neal sought President Trump’s tax returns and return information because his party had recently gained control of the House, President Trump was (and is) their political opponent, and they want to use the information to damage him politically.”

The request to McFadden marks the latest effort from the former president to block the release of his tax information to Democrats in Congress. Neal is seeking Mr. Trump’s tax information for the years 2015 to 2020.

Congress has not yet obtained the former president’s records, but the Justice Department’s Office of Legal Counsel issued an opinion Friday that found the Ways and Means Committee “invoked sufficient reason for requesting” Mr. Trump’s tax information and said the IRS had to give the tax returns to the Democratic-led panel.

The decision was a reversal of a 2019 opinion from the same office under the Trump administration.

In its new opinion, the Justice Department said the earlier decision was “disingenuous” and found the Trump administration “failed to afford the committee the respect due to a coordinate branch of government” in rejecting Neal’s request.

Neal first asked the Treasury Department in April 2019 for Mr. Trump’s individual tax returns for 2013 to 2018, as well as the records from eight of his businesses for that same time frame, citing a section of the federal tax code that directs the treasury secretary to turn over tax returns and information upon written request from the Ways and Means Committee.

The chairman sent a second request to the Treasury Department for the tax records, this time from 2015 to 2020, in June and said they were needed for the panel to examine the enforcement of tax laws against the former president, whether there were “hidden” business relationships raising possible conflicts of interest and whether there were any foreign financial influences on Mr. Trump that could inform legislation.

While the opinion from the Justice Department did not lay out a timeline for when the IRS had to give the Ways and Means Committee the documents, McFadden issued an order in January requiring the Treasury Department to give Mr. Trump’s lawyers 72 hours’ notice before the records are released.