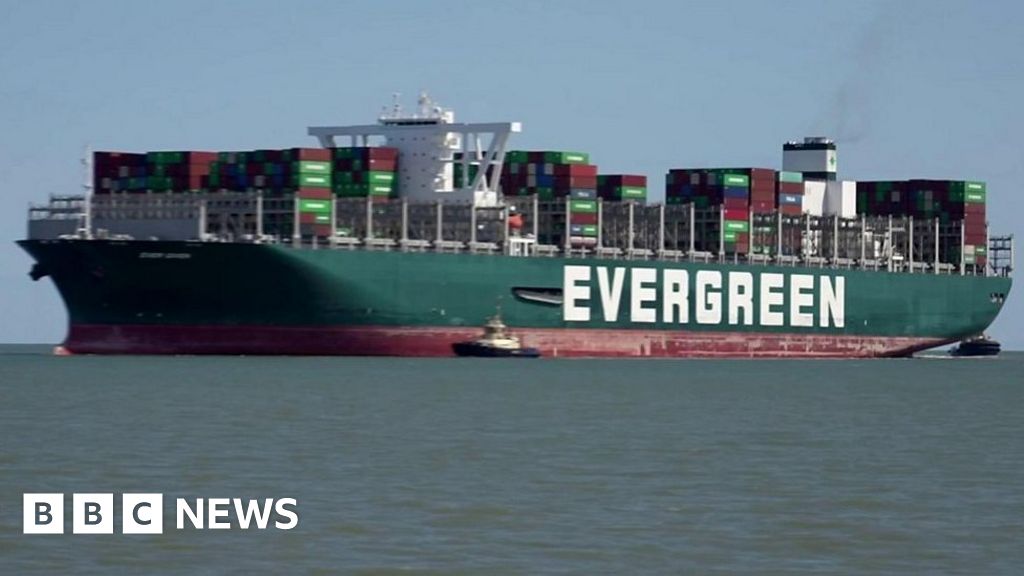 A huge container ship that blocked the Suez Canal has docked in the UK for the first time since causing disruption to global shipping.

The Ever Given was run aground in the major shipping lane in Egypt for nearly a week earlier this year.

The 400m-long (1,300ft) ship, originally due to arrive in early April, finally docked at Felixstowe in Suffolk at about 16:30 BST on Tuesday.

Local videographer Brian Abram, who filmed a time-lapse of the ship’s arrival, said he could still see Egyptian sand on its bow.

“It was enthralling to see how enormous the ship was even though I was still a mile away at least,” he said.

“Seeing a cargo ship that featured in the news by causing so much economic business disruption by blocking the Suez Canal was a moment in life experiences to see it on our doorstep.”