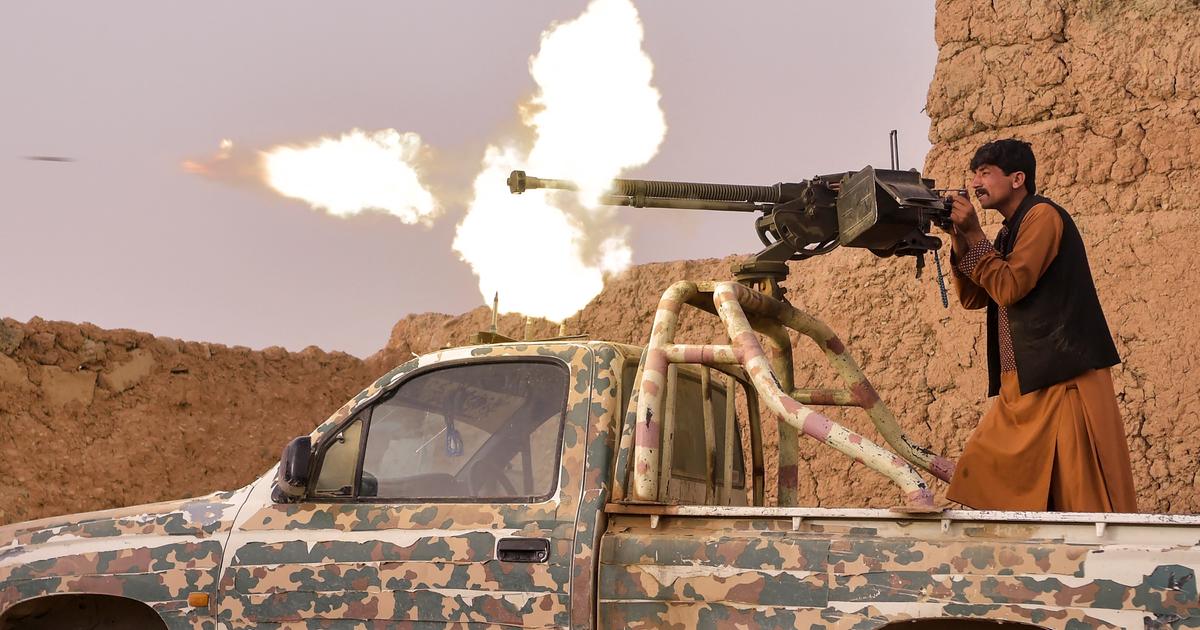 Residents of a besieged Afghan city were urged to evacuate Tuesday as the army prepared a major offensive against Taliban insurgents after three days of heavy fighting.

The Taliban have seized control of much of rural Afghanistan since foreign forces began the last stage of their withdrawal in early May, but are now focused on capturing provincial capitals, where they are meeting stiffer resistance.

Fighting is raging in Lashkar Gah, the capital of southern Helmand province, with the United Nations saying at least 40 civilians had been killed in the last 24 hours.

General Sami Sadat, commander of the 215 Maiwand Afghan Army Corps, told residents to get out as soon as they could.

“Please leave as soon as possible so that we can start our operation,” he said in a message to the city of 200,000 delivered via the media.

“I know it is very difficult for you to leave your houses — it is hard for us, too — but if you are displaced for a few days, please forgive us,” he added.

“We are fighting the Taliban wherever they are. We will fight them and … we will not leave a single Taliban alive.”

Officials said earlier that insurgents had seized more than a dozen local radio and TV stations in the city, leaving only one pro-Taliban channel broadcasting Islamic programming.

“Fighting was intense this morning,” said Sefatullah, director of Sukon radio in the city.

He said U.S. and Afghan air force planes had pounded Taliban positions, adding that fighting was ongoing near the city’s prison and a building housing the headquarters of police and intelligence agencies.

In recent days, the U.S. military has intensified air strikes across the country in a bid to stem Taliban advances.

The loss of Lashkar Gah would be a massive strategic and psychological blow for the government, which has pledged to defend cities at all costs after losing much of the rural countryside to the Taliban over the summer.

In Herat, another city under siege, hundreds of residents chanted “Allahu akbar” (God is greatest) from their rooftops after government forces repulsed the latest Taliban assault.

Afghan officials said government forces had managed to push back the insurgents from several areas of that city — including near the airport, which is vital for resupplies.

Another official said U.S. warplanes had carried out air strikes, but that could not be confirmed.

Washington and London lashed out at the Taliban, accusing them of committing atrocities that may amount to “war crimes” in the town of Spin Boldak, which the insurgents captured last month along the border with Pakistan.

“The Taliban chased and identified past and present government officials and killed these people who had no combat role in the conflict,” the group said.

An Afghanistan without a democratic, inclusive government would be a “pariah state,” he said, adding that the international recognition the group wants will not be possible if it “seeks to take the country by force and commits the kind of atrocities that have been reported.”

Fighting across the country, meanwhile, has displaced around 80,000 children since the start of June, the humanitarian organization Save the Children said Tuesday, adding that many schools and health facilities had also been damaged.