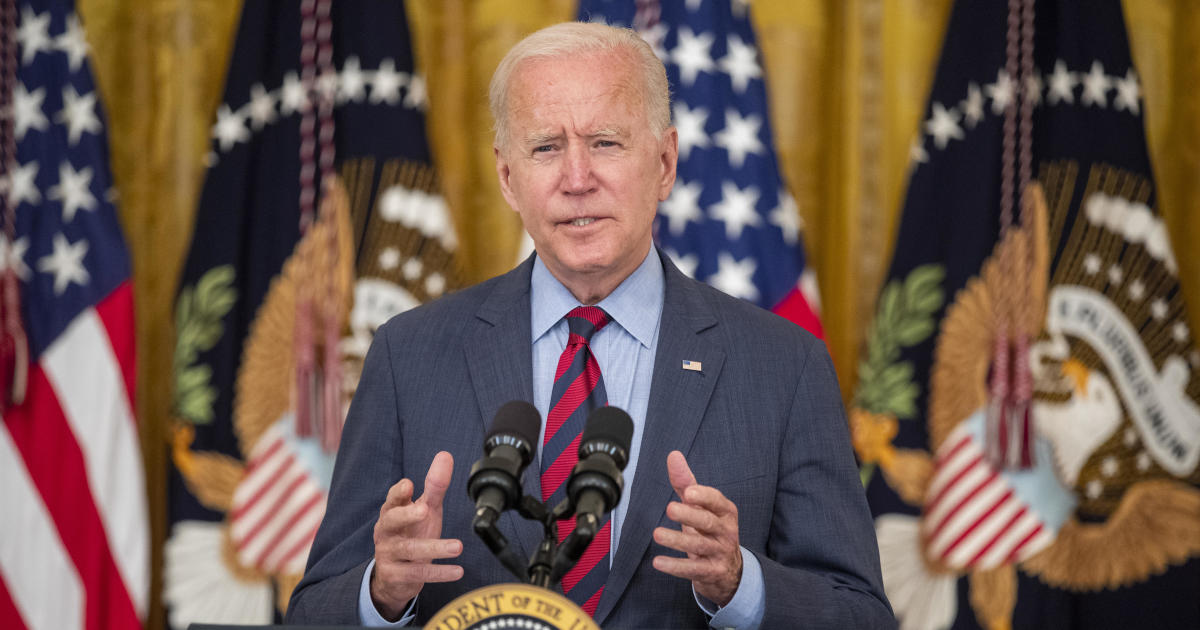 “I think he should resign,” Mr. Biden said at the White House. In March, the president said the governor should step down if James’ investigation substantiated the women’s allegations. He said he stood by that statement on Tuesday, but declined to say whether New York state lawmakers should pursue impeaching Cuomo and removing him from office.

“Let’s take one thing at a time,” he said. “I understand that the state legislature may decide to impeach. I don’t know that for a fact. I have not read all that data.”

In her report, James said Cuomo sexually harassed multiple current and former staffers, as well as women outside his administration. Cuomo denied the accusations and gave no indication he would step down following the report’s release.

Mr. Biden’s comments came after numerous Democrats in Congress, including New York’s entire Democratic delegation, called on the governor to step aside. Pelosi urged him to resign in a statement Tuesday afternoon.

“Recognizing his love of New York and the respect for the office he holds, I call upon the governor to resign,” Pelosi said.

Senate Majority Leader Chuck Schumer and Senator Kirsten Gillibrand of New York likewise issued a joint statement calling on Cuomo to step down. The influential senators had already called for Cuomo’s resignation in March, when allegations of sexual harassment against the New York governor came to light.

“As we have said before, the reported actions of the governor were profoundly disturbing, inappropriate and completely unacceptable. Today’s report from the New York State Attorney General substantiated and corroborated the allegations of the brave women who came forward to share their stories — and we commend the women for doing so,” the senators said. “No elected official is above the law. The people of New York deserve better leadership in the governor’s office. We continue to believe that the governor should resign.”

Democratic Congressman Tom Suozzi, Hakeem Jeffries and Gregory Meeks also called for Cuomo to step down. The congressmen said the “time has come” for Cuomo to “do the right thing” and resign.

“The office of Attorney General Tish James conducted a complete, thorough and professional investigation of the disturbing allegations against Governor Andrew Cuomo,” the congressmen said in a joint statement. “The investigation has found that the Governor engaged in abusive behavior toward women, including subordinates, created a hostile work environment and violated state and federal law. We commend the brave women who came forward and spoke truth to power. The time has come for Governor Andrew Cuomo to do the right thing for the people of New York State and resign.”

Graham Kates contributed to this report.