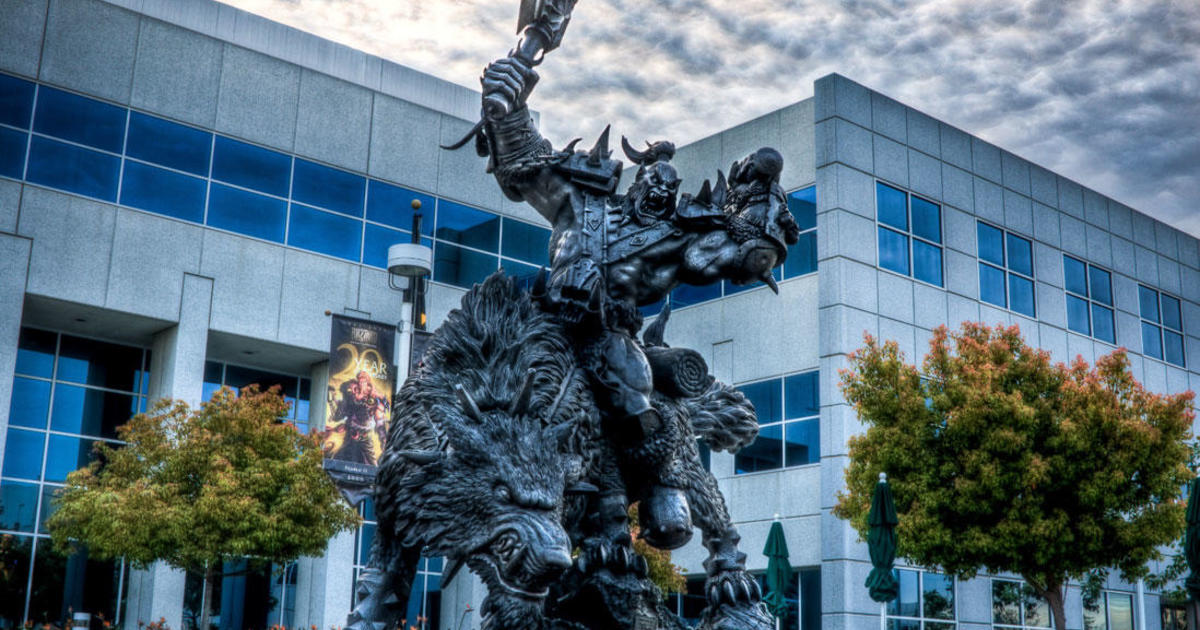 A top executive at Activision Blizzard is leaving the company nearly two weeks after the video game maker was hit with an explosive sexual harassment lawsuit from regulators in California.

J. Allen Brack, president of the company’s Blizzard division, announced his resignation to staff members on Tuesday. The company said Brack is leaving “to pursue new opportunities.” Mike Ybarra and Jen Oneal, two of Blizzard’s executive vice presidents, have been named co-leaders of the division behind such popular games as Call of Duty, Overwatch and World of Warcraft.

Brack is leaving at a time when Activision Blizzard is undergoing major workplace culture changes, company officials have said. The changes stem from a lawsuit this month by California’s Department of Fair Employment and Housing, or DFEH, that accuses Activision Blizzard of having a “frat boy” culture where sexual harassment complaints go unresolved.

“In the office, women are subjected to cube crawls in which male employees drink copious amounts of alcohol as they ‘crawl’ their way through various cubicles in the office and often engage in inappropriate behavior toward female employees,” the lawsuit states, adding that women employees are often assigned lower level and lower paying jobs.

Activision Blizzard CEO Bobby Kotick said last month that the changes are coming soon. The company has hired a law firm to review company policies regarding respectful workplaces and members of upper management are evaluating managers across Activision Blizzard and plan to fire anyone who impedes the company’s integrity, Kotick said.

Before resigning, Brack said in a statement that his successors are well-suited to help Activision Blizzard become a safer workplace for women.

“I am confident that Jen Oneal and Mike Ybarra will provide the leadership Blizzard needs to realize its full potential and will accelerate the pace of change,” Brack’s statement said. “I anticipate they will do so with passion and enthusiasm and that they can be trusted to lead with the highest levels of integrity and commitment to the components of our culture that make Blizzard so special.”

“Many of us already know Mike and Jen and have experienced their leadership, their empathy and their unwavering sense of accountability,” Alegre said.

Accountability is exactly what thousands of employees said they’ve been asking for ever since the lawsuit surfaced last month.

More than 2,000 current and former employees, according to the latest tally, signed an open letter denouncing company leaders and the way they’ve handled the lawsuit allegations that largely centered on the Blizzard division of Activision. At least 50 employees staged a walkout last week in protest of corporate leaders’ lack of accountability over sexual harassment claims.

The lawsuit follows a two-year DFEH investigation into Activision Blizzard’s workplace culture that found evidence of female employees being subjected to sexual harassment including groping and unwanted advances, as well as pay inequities for women throughout the company. State officials also accused top executives of allowing male employees to routinely torment their female co-workers.

Activision Blizzard is best known for creating Call of Duty, Overwatch and World of Warcraft. The company began as two separate entities — Activision and Blizzard — but joined forces during a 2008 merger with now-defunct Vivendi Games, the former parent company of Blizzard. The Santa Monica-based company has about 9,500 employees worldwide, 20% of which are women.