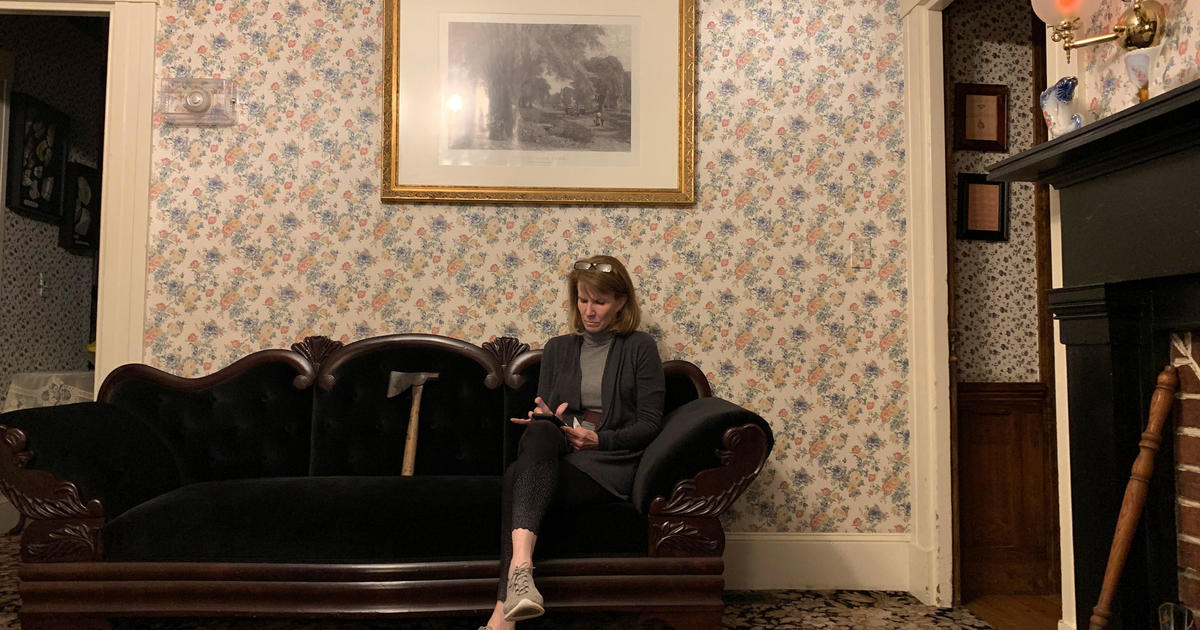 Was Lizzie Borden a brutal murderer? Erin Moriarty takes listeners to the scene of one of America’s most infamous crimes, looking for evidence and a motive. Moriarty’s re-examination of the case has a surprising conclusion.

Erin Moriarty visits Fall River, Massachusetts, where one of the most sensational crimes of the 19th century took place. The crime inspired the dark nursery rhyme “Lizzie Borden took an ax and gave her mother 40 whacks. When she saw what she had done, she gave her father 41.”

In part 1 of this unusual road trip, Moriarty takes listeners to the scene of the crime — the house where the murders took place is now The Lizzie Borden Bed and Breakfast/Museum.

Learn about the Borden family and what happened on that fateful day in August of 1892.  Why would a 32-year-old woman born into wealth and privilege kill her father and stepmother with an ax?  Did she do it?

It was a brutal crime scene and there are actual death photos hanging in the house. Moriarty spends the night here. She is looking for a motive, evidence and maybe a ghost or two.

Ghosts or not, there is a haunting story that lingers. In part 2 of this unusual narrative, Lizzie Borden is on trial for two brutal murders.  Moriarty takes listeners through the forensics, the trial, and the stunning verdict.

Author Cara Robertson has written a fascinating book about Borden’s trial and takes us back in time to the justice system of the 19th century. Robertson’s book is written right from the court record. The prosecution has a strong case: Lizzie was home at the time of the murders, she burned a dress and she may have had a motive. The jury deliberated for 90 minutes and the verdict will surprise you.

Click here to learn more about “My Life of Crime.”