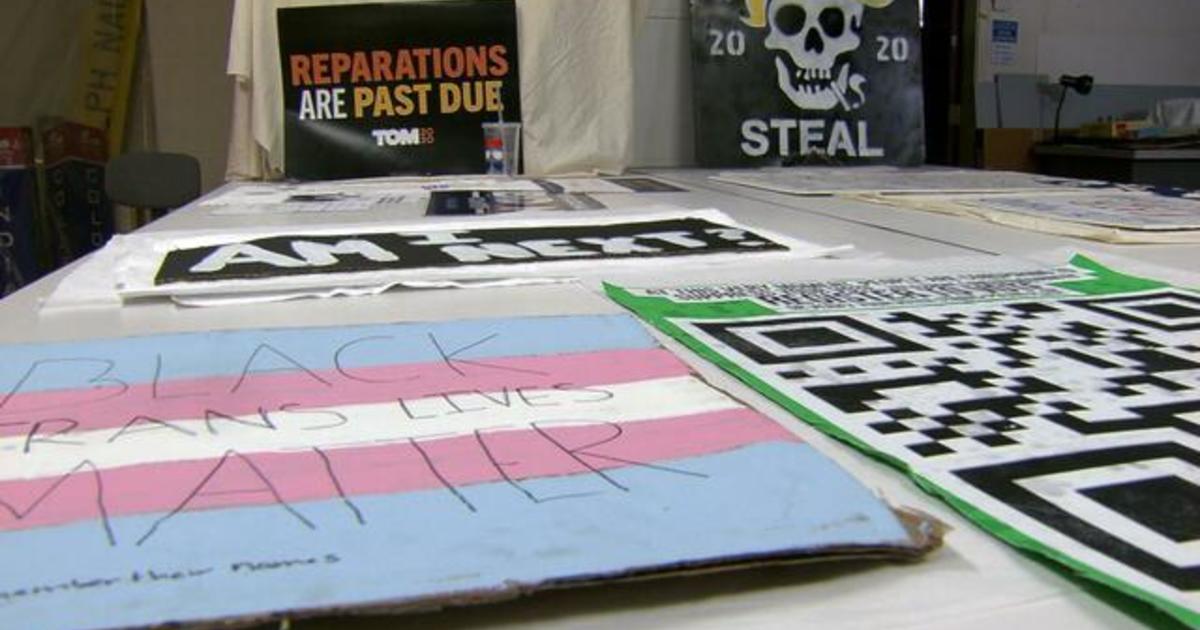 When the calendar flipped to 2020, Americans has no idea it would be a year unlike any other.

2020 saw the start of the coronavirus pandemic, and mass demonstrations and a racial reckoning — all while a bitter and sometimes surreal presidential race played out.

While it may not be a year we want to re-live, it’s one we need to remember.

That’s why the Smithsonian National Museum of American History is building a collection of artifacts that tell the story of 2020.

When New York nurse Sandra Lindsay got the first COVID-19 vaccine in America, it was historic — so historic that the Smithsonian snatched her socks. Technically, they “curated” them with permission, along with her scrubs, ID badge and the very vial that held her shot.

“We didn’t just want the empty vial, we wanted to preserve something about this person who was really kind of selected for this moment,” said Diane Wendt, a curator at the National Museum of American History.

Wendt, who focuses on medicine, specifically pharmaceuticals and vaccines, told CBS News’ Christina Ruffini that 2020 was a big year not only for medicine, but for everyone.

“We realized that we really had a responsibility to try to collect material so in the future, historians, the public, whoever, can try to understand this event,” she said.

When it comes to history-making moments, 2020 had a lot of them. But it’s sometimes hard to recognize history while you’re living through it, presenting a new challenge for the nation’s memory keepers and Smithsonian president Lonnie Bunch.

“The key is to think about how do you document today so that people who don’t know this story will be able to understand it a generation, two or three generations from now,” he said.

With the museum and its offices closed due to the pandemic, curators formed quick-reaction teams to document the remains of particularly important days, like the Black Lives Matter protests in Lafayette Park or the January 6th riot at the U.S. Capitol.

“What I think is important for the Smithsonian is to recognize that we have to make sure that America remembers,” said Bunch. “And so the brilliant staff collected amazing things.”

Among those things is a sign that reads “Am I next,” a slogan that was used at demonstrations in Washington D.C. and nationwide following the murder of George Floyd.

In the political history department, Claire Jerry usually focuses on campaign swag. But she also collects from important protest movements, like a metal sign protesting the 2020 presidential election results that read “stop the steal.”

“This sign was not carefully made that morning,” she explained. “It was painted. It was riveted onto a post. So it tells us a lot about what was going on behind the scenes.”

Her 2021 collection also includes a ceremonial copy of the vote tally that certified the election – the very thing that January 6th rioters were trying to stop. Items like these are crucial in documenting history, Jerry says, because they provide insight into what was happening at that moment in time.

We can’t know how Americans a century from now will view current events or those of us who lived through them. But by collecting these real-time relics, the Smithsonian hopes to help future visitors put themselves in our shoe — or rather, a soft, colorful pair of Sandra Lindsay’s socks.