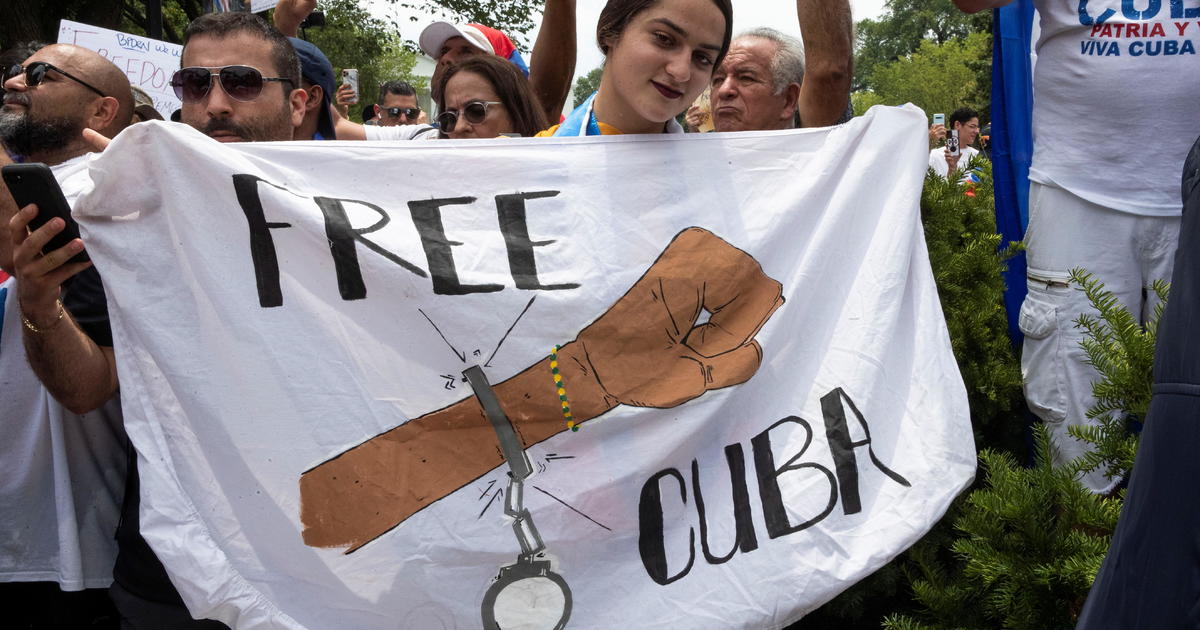 President Biden is meeting with Cuban American activists at the White House Friday, after weeks of Cubans taking to the streets to protest their communist government leadership. Shortly before the meeting, the Treasury Department announced new sanctions against the Cuban Police Force and its leaders for cracking down on protesters.

The Department of the Treasury’s Office of Foreign Assets Control on Friday announced sanctions against Oscar Callejas Valcarce, Eddy Sierra Arias and the Policia Nacional Revolucionaria of the Cuban Ministry of the Interior. Cubans who exercised their speech in the most widespread protests in decades are now facing mass trials.

How to watch Biden’s meeting with Cuban American activists

“What we are doing through these individual sanctions, as the president has said, is that we are focusing on  individuals and entities that are involved in the crackdown, and violation of human rights by the regime,” one senior administration official told CBS News. “Part of it is to layer on sanctions, but the other one is to make sure that we are keeping these individuals in the spotlight, not just on the international community, but that the Cuban people know that United State is supporting them, and is trying to defend them.”

The official also said there will be an announcement related to efforts the U.S. is undertaking to help provide internet connectivity for the Cuban people, which the Cuban government had blocked during the protests. During his meeting with Cuban American activists, the president will discuss the historic demonstrations and the Biden administration’s response to them, including the latest sanctions on Cuban leaders and establishing internet access for the Cuban people.

Protestors calling to “free Cuba” have camped outside the White House in recent days, urging the Biden administration to do more.

The White House official said the White House has already held several meetings with Cuban American leaders and members of Congress. Earlier this month, the president ordered the State Department to create a working group to review U.S. remittance policy to make sure money Cuban Americans send home makes it directly into the hands of their families without the Cuban regime taking a cut.