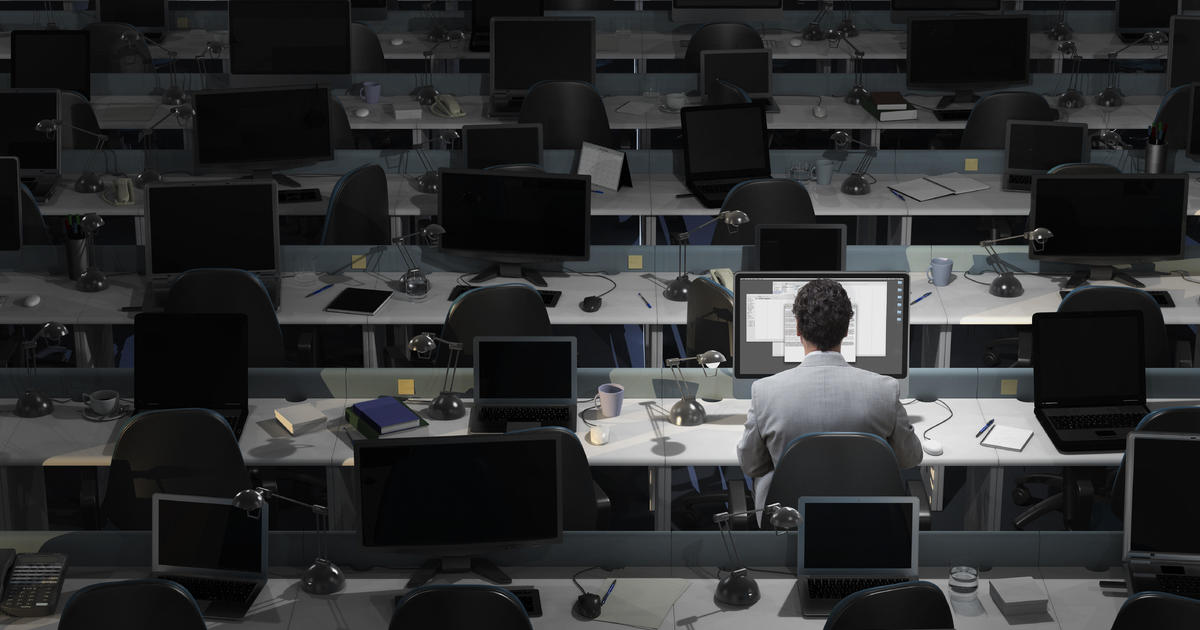 In the spring, as COVID-19 vaccination rates rose and the pandemic ebbed, employers began planning to bring workers back to the office, anticipating a broad return to some semblance of “normal,” or at least traditional work life, by early September.

But with the rise of the highly contagious Delta variant, some major corporations are now putting those plans on hold and extending the work-from-home period well into October and even to January 2022, out of concern for employees’ health and safety.

For example, iPhone maker Apple has said it will postpone calling its employees back to the office, according to reports. The tech giant is pushing its deadline for workers to resume their in-person jobs to October, at the earliest, from September, Bloomberg reported, citing people at Apple familiar with the matter. Apple did not reply to CBS MoneyWatch’s request for comment.

Apple CEO Tim Cook recently acknowledged in a conference call with stock analysts the unpredictable nature of COVID-19 and the Delta variant, in particular, which has forced corporations like his to backtrack on plans to reopen fully.

“As the last 18 months have demonstrated many times before, progress made is not progress guaranteed. An uneven recovery to the pandemic and the Delta variant surging in many countries around the world have shown us once again that the road to recovery will be a winding one,” Cook said on the conference call Tuesday.

Apple is hardly alone in delaying calling workers back to the physical workplace.

Google CEO Sundar Pichai on Wednesday said in a memo to employees that anyone returning to the company’s campuses must be vaccinated. Notably, the company announced an extension of its voluntary work-from-home policy through October 18. In the announcement, Pichai said “many Googlers are seeing spikes in their communities caused by the Delta variant and are concerned about retuning to the office.”

“This extension will allow us time to ramp back into work while providing flexibility for those who need it,” Pichai added

Workers will be given at least 30 days notice before they’re summoned back to work.

Other companies are also having to reconsider their timelines after the Centers for Disease Control and Prevention said even vaccinated Americans should start wearing masks in high-transmission areas again.

Indeed we will wait

Employment website Indeed has also pulled back on plans to invite its 11,000 workers back to the company’s office spaces. On Tuesday, Indeed moved its return-to-office date from Sept. 7, 2021, to Jan. 3, 2022, saying concerns over new COVID-19 variants motivated the lengthy postponement.

“Up until yesterday, we were going to go into new ways of working — with employees electing whether they want to be in office, hybrid or remote, based on their job,” Paul Wolfe, Indeed’s senior vice president of human resources, told CBS MoneyWatch on Tuesday. “This morning we announced to employees we are moving into this new way of working starting in January, mainly because we’ve got these new variants that are now the dominant strains in the U.S. and are much more contagious than the previous variants.”

Indeed had briefly reopened office spaces in Austin, Texas, but closed them last week due to risks associated with the rise in COVID-19 cases in the Lone Star State.

San Mateo, California-based Roblox, the maker of a global online game platform, is also pushing its return to office date for its more than 1,000 employees from mid-September to January 4, 2022.

“We need to reassert caution”

While Labor Day might have once seemed like a logical return-to-office date for businesses, given that it marks the end of summer and kids’ return to school, it was still somewhat of an arbitrary choice given the unpredictable nature of the virus.

“In general it’s the date everyone has circled. That’s the calendar people are working toward because it’s a natural cycle in terms of when people finish up their summer holidays and kids go back to school,” said Haniel Lynn, CEO of Kastle Systems, a security company that is tracking office occupancy based on key card swipes. “But we’ll have to see how the Delta variant will impact people and their perceptions of whether they’re comfortable going back to work.”

This is why corporations find they must remain flexible in their return-to-office planning and also cater to employees, versus setting mandatory return deadlines.

“It’s incredibly important to understand the needs of employees,” said Tsedal Neeley, a remote-work expert and professor at Harvard Business School. “And the recent guidance suggests that we need to reassert caution. Organizations need to ensure their policies are in line with the CDC’s and they need to ensure that wherever they are that they are also adhering to local government policies.”

Employers must also be open to ditching plans to return to the office altogether, depending on what course the virus takes, Neely added.

“If there is reason to go all-remote, organizations need to be prepared to do that and if there is reason to continue to move along the plans organizations should do that as well,” Neeley said. “It may mean for some people staying remote longer might be necessary if they have vulnerable, unvaccinated children or if they themselves are vulnerable.”

Tougher stance on the unvaccinated

Some companies that were counting on a safe resumption of business as usual over the next couple of months are now throwing their arms up in the air and seeking guidance from experts on how to navigate this latest hurdle of new cases from more harmful COVID variants.

“Yesterday our call center lit right up and everyone was asking about the implications with respect to going back to the office. They were saying, ‘Should we hold off?'” Johnny Taylor, president and CEO of the Society for Human Resource Management told CBS MoneyWatch after the latest CDC guidance was announced.

But rather than delay a return to the office in response to the rise of COVID-19 cases from more virulent variants, SHRM member companies are choosing other approaches, such as rolling out stricter policies around vaccination, for example.

“The question has become, ‘How do we address the individuals who are responsible for the spread?’ And the conversation shifts to requiring masks and testing for people who aren’t vaccinated,” Taylor said.

Companies that initially encouraged workers to get the vaccine, and then provided incentives for holdouts to be vaccinated, are now going so far as to mandate vaccinations and even to fire workers who don’t get their jabs — a perfectly legal step.

“We are seeing a higher uptake of that than we ever imagined,” Taylor said.

Back at their desks

Then there are companies at which the majority of workers are already back at their desks, particularly on Wall Street, whose leaders have been staunch advocates of returning to the office.

Workers at investment bank Goldman Sachs began returning to their desks on June 14. More than a month later, about 60% of the company’s workers are back in the office.

Morgan Stanley, whose CEO James Gorman warned employees that he’d be “very disappointed” if they didn’t returned to the office by September, did not reply to CBS MoneyWatch’s inquiry about the company’s latest return-to-office timeline.

Adrian Mendoza, who heads a Boston-based financial technology-focused venture capital fund, said his five-person team has been working out of the firm’s offices since January, when he reconfigured workspaces so that each employee could have their own office.

Mendoza still acknowledges that “we’re not even at the beginning of the end” of the virus and is advising the companies his firm invests in not to enter into any long-term leases on office space.

“Instead we’re recommending that they do it month by month or rent co-working space that has flexibility,” he said.

He’s also not making any longterm bets on the virus subsiding soon. “Our lease ends in December and that’s when we’ll reassess whether or not we keep it.”